The UK legend was the first African-American captain in any sport in the SEC. 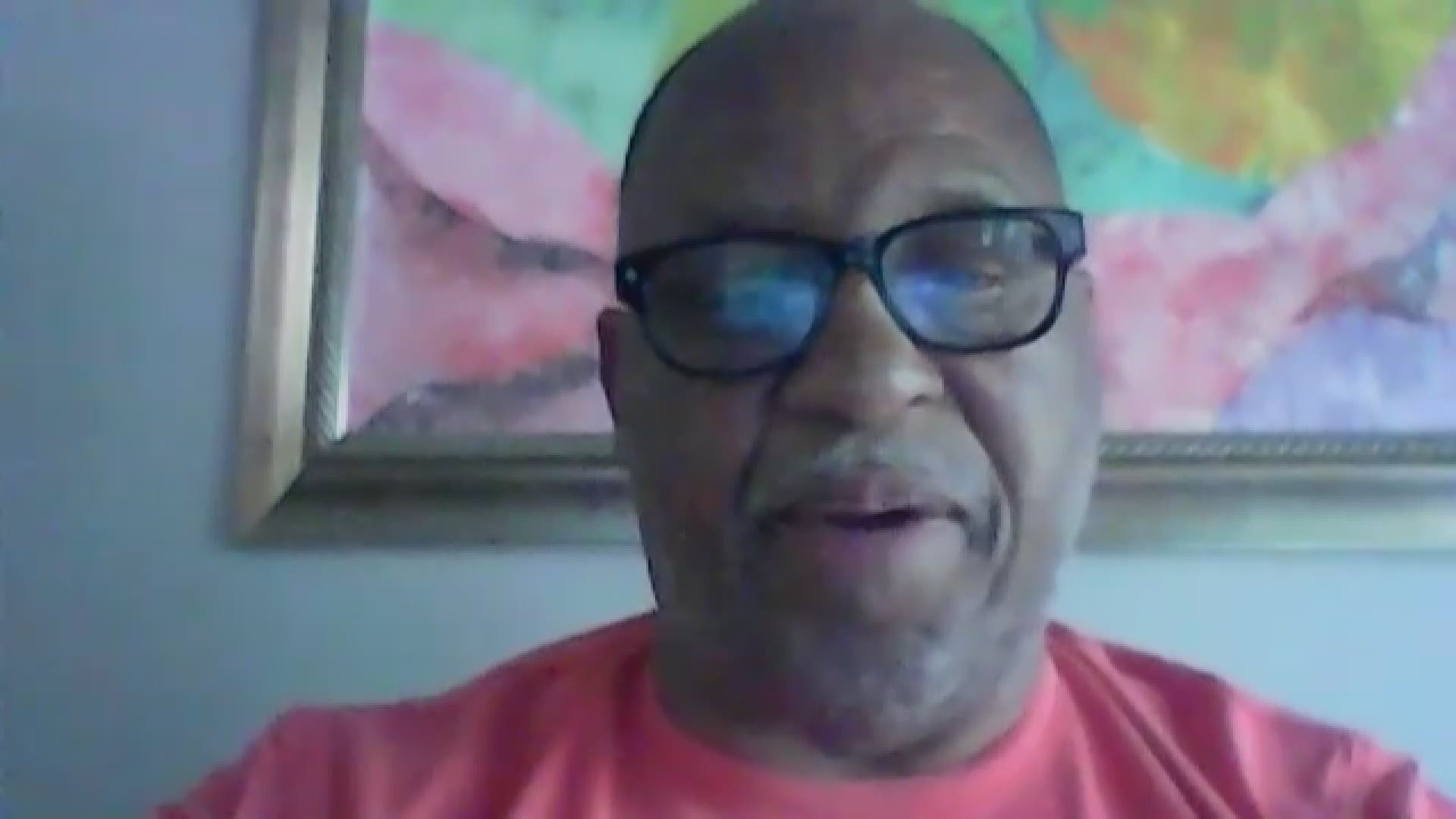 LOUISVILLE, Ky. — The first African-American captain in any sport in the SEC can recall many of the racist obstacles he's faced.

"I remember marching with Martin Luther King back in 1968," University of Kentucky legend Wilbur Hackett said. "And I remember how disappointed I was when I saw leather jackets from my high school throwing the rocks."

Hackett can also remember the fights stemming from racial slurs, white fraternities on the campus in Lexington trying to send dogs to attack his friends or countless other incidents from the past. But he can also pull from recent experience.

"I'm in a parking lot, a Kroger parking lot," Hackett said. "A white woman was sitting on the phone with a window down, talking on the phone. And when I started walking down there and toward the car, she rolled up the window and locked the door. It's those little instances like that, Tyler, that remind me that I'm a black man and still in America."

The former All-SEC linebacker for the Wildcats, who now lives in Louisville, shares all of this in the wake of protests surrounding the deaths of Breonna Taylor, George Floyd and Ahmaud Arbery.

"We're still dealing with the injustices that I had to deal with coming up 50 years ago," Hackett said. "Just flat-out murders of young black men and women, it saddens me to see this. And then when you when you see it on social media, I mean, what's the difference between that and a hanging or a lynching?

Hackett said more people need to know the conversations and feelings black Americans have regarding these issues. He shared what he has told his sons and grandsons in the past.

To help try and fight racial injustice, Hackett believes more conversations and stories like these need to be requested and shared. He feels they can get people to try to understand as well as be more empathetic and aware.

"We need to refresh that dialogue," Hackett said. "So many people are afraid to talk about race and issues because they're not comfortable. People will listen, because I think there are more people who want to deal with those issues. And it takes all of us.”

College coaches across the country have expressed a similar sentiment. But the former Wildcat wants them to do more.

"They're doing their part with their young. African-American athletes who are making them very rich men," Hackett said. "But they need to focus on the issues that everyday students, not just their athletes, have to deal with in everyday life."

And in that, he thinks everyone beyond them will have to step up and do their part.

"It's going to take a comprehensive effort from all of us to these kinds of injustice going on all across our country," Hackett said.

RELATED: UofL student-athletes will return to campus at end of May