Academy director Mario Sanchez gets to help develop his son and daughter. 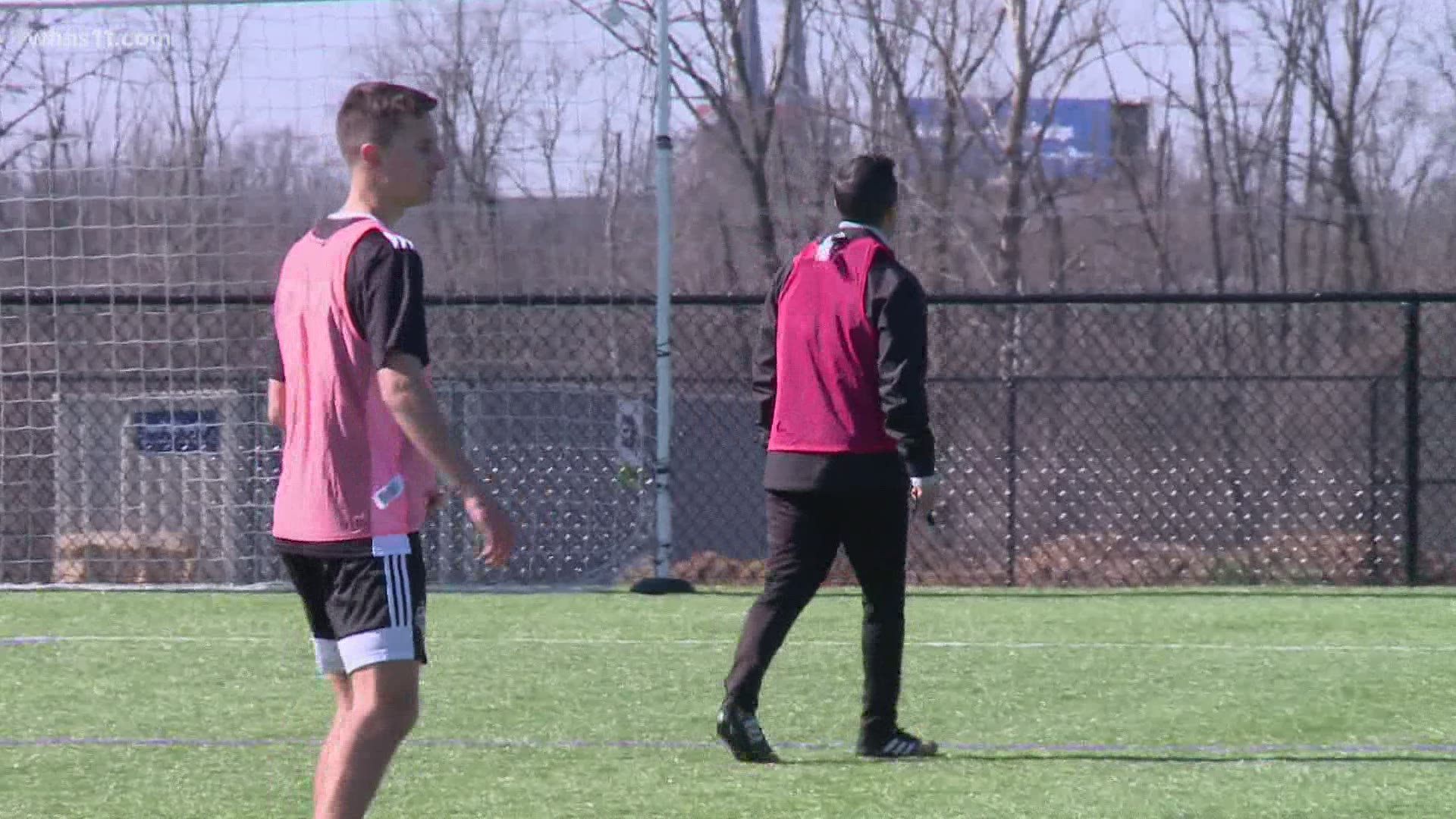 LOUISVILLE, Ky. — Racing Louisville FC Academy player Ella Sanchez always hears it from the friends who come over to her family's house.

"They think it's kind of crazy," Sanchez said with a laugh. "They come over and soccer is always on the TV, just every single day. It's just soccer 24/7."

"You don't know what's going to happen at any moment," LouCity and Racing Louisville FC Academy director Mario Sanchez said. "And I think for us as a family, that's what we love about it."

It's a love born from constantly being around the sport. Sanchez, a former University of Louisville assistant and head coach at UNLV and Southern Illinois Edwardsville, now is the clubs' director of youth development and community relations. His wife Shana is a former collegiate player from Cal Poly.

All of this meant the kids grew up competing against each other, whether that was in the backyard or in the basement on a soccer tennis net. They hung around locker rooms, fields and stadiums, interacting with players and picking up various tricks.

"As a dad, it was one of the coolest things," Mario Sanchez said.

"I played a couple of sports in the beginning, but I never really even enjoyed any of them," Ella Sanchez said. "So soccer is just always what I came back to."

"We just love it," Sebastian Sanchez said. "We don't force ourselves into soccer."

"I hope they saw the joy out of the game: seeing the players, enjoying the competing and training aspects, and that they just naturally wanted to be involved in it," Mario Sanchez said.

They're very involved now. His son in Sebastian and daughter in Ella are academy players under his watch. Sebastian is an all-state performer from Ballard High School. Ella has been called up to the United States U-17 national team for a virtual camp, putting her in the player pool for the next U-17 World Cup.

"The dad side is very, very excited for them," Mario Sanchez said. "The soccer coach, I couldn't be more ecstatic. There's so much opportunity now and my kids definitely benefit from that."

"Obviously, I want to be better than my brother," Ella Sanchez said. "But just being able to play next to him and just seeing my dad out here pushes me even more."

"We're so close knit that we just really feed off of one another," Sebastian Sanchez said.

Feeding off of their dad, contrary to what you might think, isn't much different than what the other players experience. Mario Sanchez said the toughest part for him is to not be a coach at home and just be a father supporting his kids' development. Thankfully, his approach remains the same either way.

"My whole philosophy is just being honest with kids," Mario Sanchez said. "I like to think I treat them just like any other kid and try to help them get better."

"You may not like it at the time, but you realize it's going to make you a better person and a better player," Sebastian Sanchez said.

"I think he holds players accountable," Ella Sanchez said. "He expects their best and he always would push them to work their hardest."

Ideally, that kind of work will make the Sanchez kids professional stars one day. For now though, their father is just soaking in the experience and wanting them to keep the passion for a sport that's been a constant presence.

"We don't know what the future is going to bring," Mario Sanchez said. "But more importantly, I just hope that they they love the game."

"It's like everything fell into place," Sebastian Sanchez said. "I wouldn't want to be anywhere else."