Calipari spoke about how UK was addressing racial inequity, mentioning his and his program's work through the McLendon Minority Leadership Initiative. 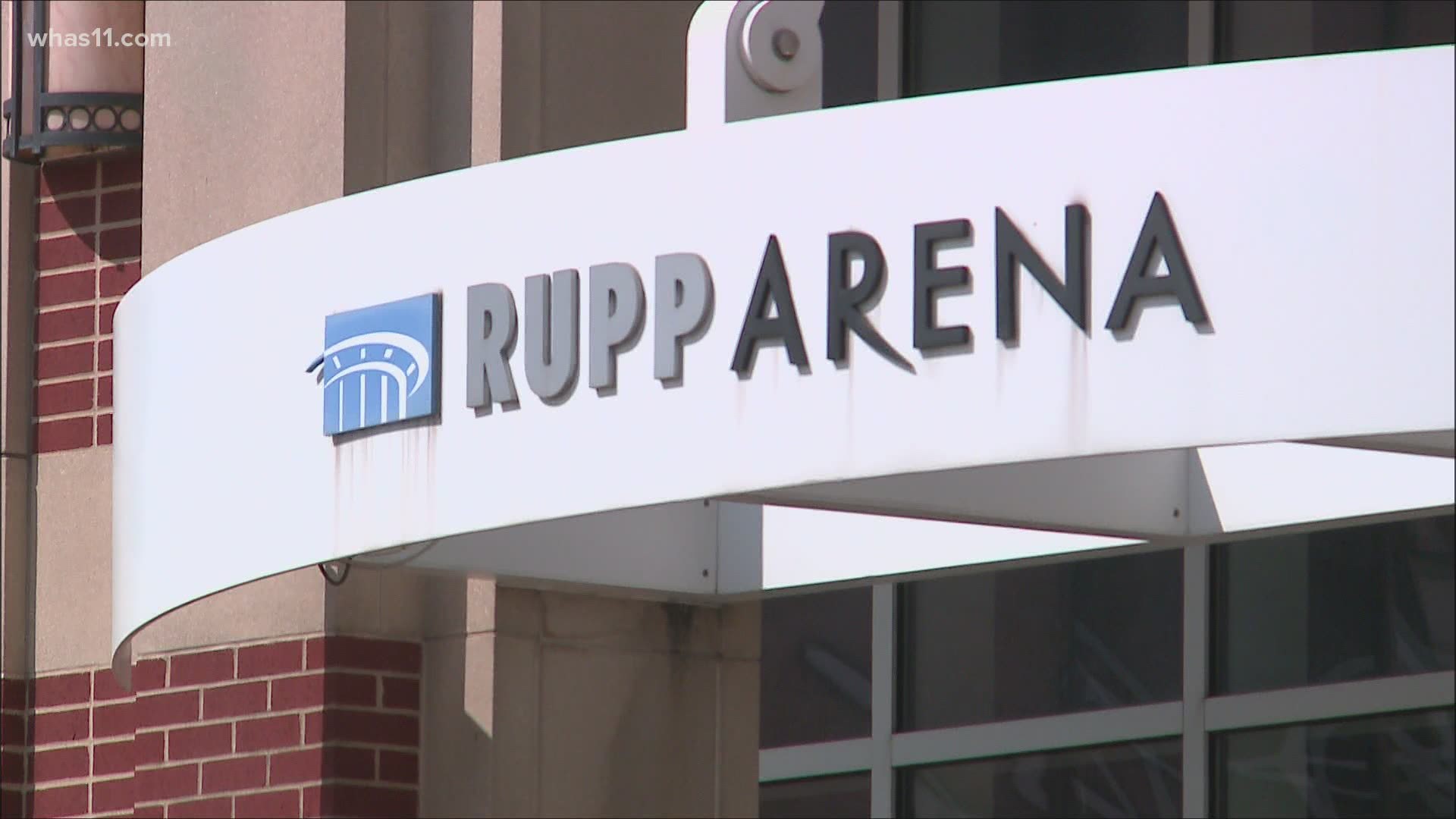 LEXINGTON, Ky. — Kentucky men's basketball coach John Calipari said he was "all ears" in listening to why people may want to change Rupp Arena's name.

In a letter to the university president, UK's African-American and Africana Studies faculty outlined multiple steps they believe would have an impact on racial equity, including removing former head coach Adolph Rupp's name from the arena.

"The Adolph Rupp name has come to stand for racism and exclusion in UK athletics and alienates Black students, fans, and attendees," the faculty said. "The rebuilding of the arena and the convention center offer an opportunity to change the name to a far more inclusive one, such as Wildcat Arena."

Calipari said that while he knows the Rupp family personally, including Rupp's son Adolph "Herky" Rupp, he is willing to listen to different experiences or opinions other people may have.

"This is another chance for us to listen and learn," Calipari said. "Some people agree, some people are not going to agree...I'm all ears, I'm going to listen."

John Calipari was asked about his thoughts on the name Rupp Arena... here was his lengthy answer. @WHAS11 pic.twitter.com/QThtXk7X1n

The Hall of Famer also spoke about how UK is addressing racial inequity on campus, mentioning his and his program's work through the McLendon Minority Leadership Initiative.

Calipari also spoke about the shooting of Jacob Blake, a Black man in Wisconsin who family said is paralyzed after he was shot in the back multiple times by police.

"You have the thing in Wisconsin. What in the world? How can this [happen] again...after all we've been through," Calipari said.

Blake's shooting prompted protests in Kenosha, Wisconsin, and surrounding areas. Two people were killed and another was wounded when shots were fired during the third night of unrest Tuesday. The victims have not been idenitied.

RELATED: Lawyer: It would take 'a miracle' for Jacob Blake to walk again after police shooting