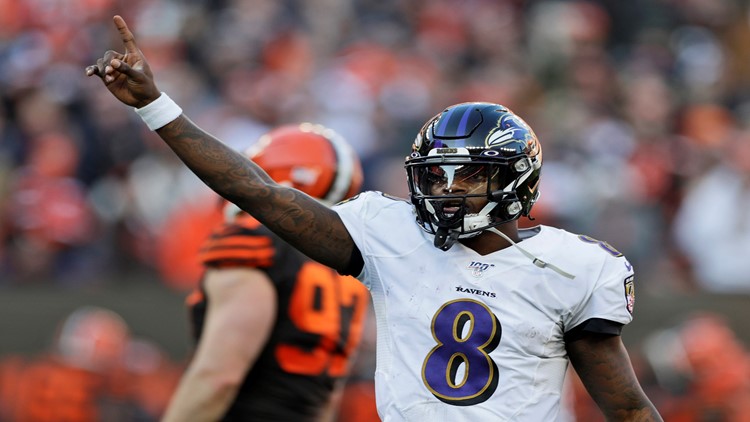 Photo by: AP
Baltimore Ravens quarterback Lamar Jackson (8) gives a signal during the second half of an NFL football game against the Cleveland Browns, Sunday, Dec. 22, 2019, in Cleveland. (AP Photo/Ron Schwane)

LOUISVILLE, Ky. — Baltimore Ravens quarterback Lamar Jackson was selected as the Professional Football Writers of America Most Valuable Player and Offensive Player of the Year.

Jackson led the NFL with 36 passing touchdowns and threw for 3,127 yards. Jackson also broke the single season rushing record for a QB with 1,206 yards and rushed for seven touchdowns.

The former University of Louisville Heisman-winning quarterback led the Ravens to an AFC best 13-2 record, ultimately losing in the Divisional Round of the Playoffs to Tennessee Titans 28-12.