The top 30 bull riders and some of the top bulls in the world competed at the invitational Saturday and Sunday. 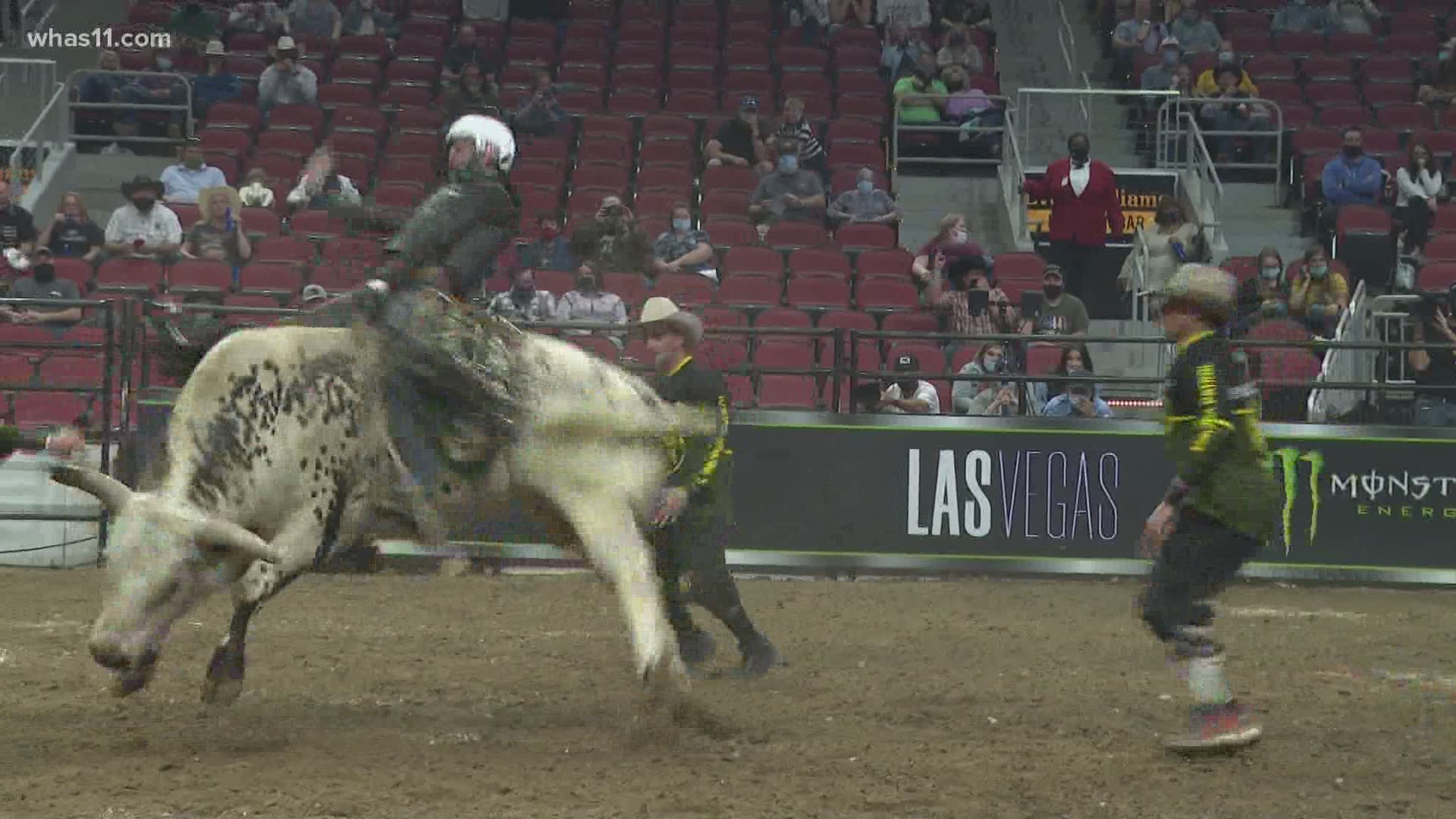 LOUISVILLE, Ky. — The Cards are done playing in the KFC Yum! Center for the season, so the arena is hosting other sports, including bull riding.

The Professional Bull Riders Lucas Oil Invitational kicked off Saturday night and came back Sunday. This is the first time PBR has held an Unleash the Beast tour event in Louisville since 2013.

“The fans are great. We love being in this part of the country, it's a real home for us,” PBR Head of TV and production Robby Greene said.

It’s a competition between the best of the best – the top riders and the top bulls in the world.

“Really the mindset is just try to be the baddest guy out there, I guess,” rider Kyler Oliver said.

Oliver grew up in Utah, dreaming of making it to this level.

“I've been watching PBR since I was just a little kid ever since I can remember,” Oliver said.

A lot of the guys he grew up watching are still riding, and every weekend he gets to compete against some of his heroes in the sport.

“That alone that that gives you motivation too,” Oliver said. “Just makes you want to be the best.”

Between competitions, Oliver goes back home to Utah to be with his two-year-old daughter, and prepare for the next ride.

While he is now riding full time, that isn’t the case for every athlete.

“A lot of them are out working in the in the co-ops or the fields all during the week just to get here on the weekend to try to earn a paycheck and make a living,” Greene said.

The riders travel from all over the country and even internationally to compete.

They only ride for eight seconds at a time but are making each eight of those seconds count.

“Everybody here, I think their goal is to be number one,” Oliver said. “Be the best bull rider and win a world championship. I want them in as many as I can.”