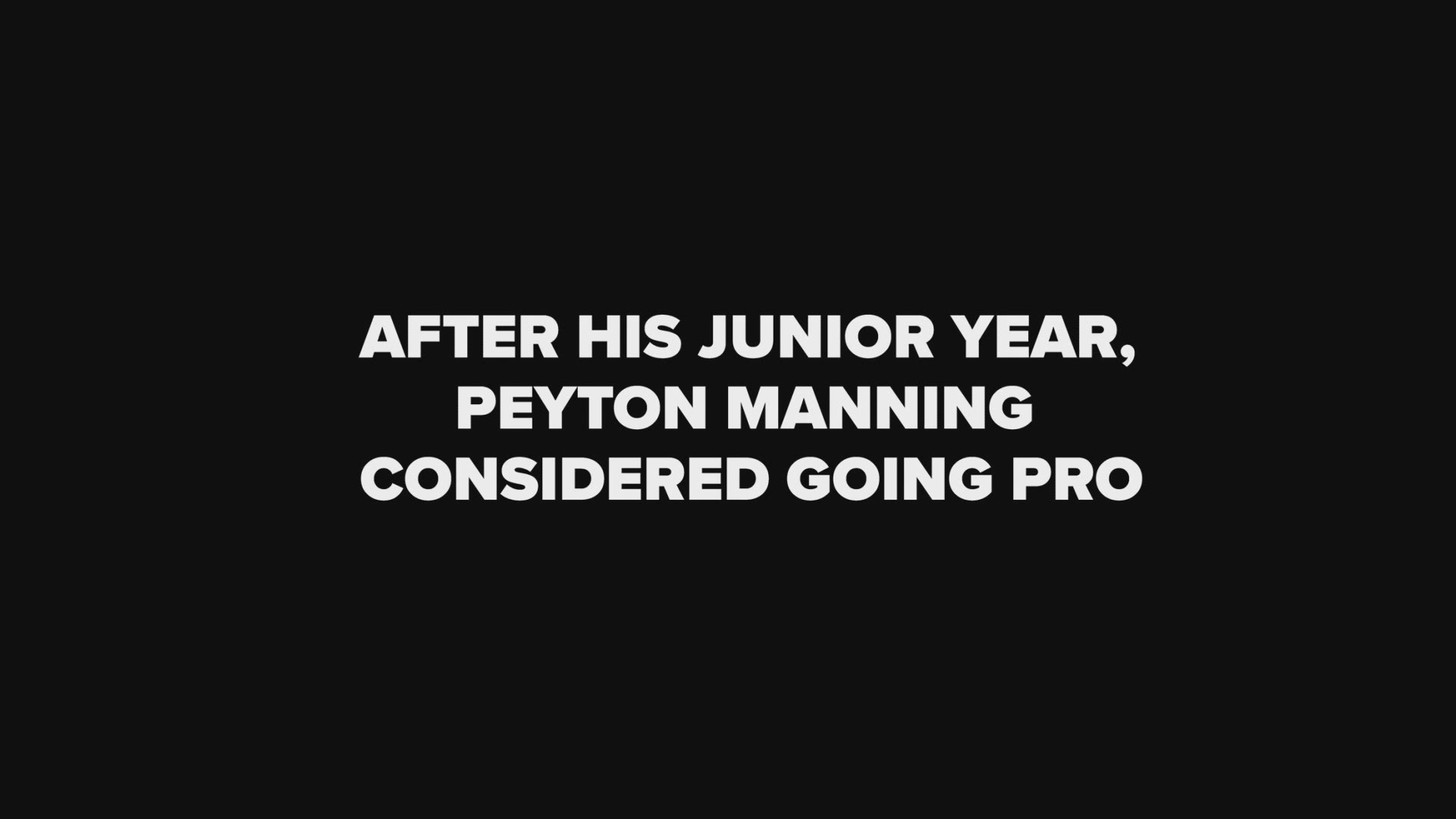 KNOXVILLE, Tennessee — When the NFL announced it would celebrate its 100th season with an "All-Time Team" you could go ahead and write down one name in pen with the quarterback position: Peyton Manning. On Friday night, the NFL made it official.

Manning played from 1998-2015, winning two Super Bowls, a league record 5 MVPs, being named All Pro seven times and adding 14 Pro Bowls to his list of accomplishments. His 71,940 passing yards was a record at the time of his retirement, but has since been passed by Drew Brees and Tom Brady. His 539 passing touchdowns was also a record at the time of his retirement, until being passed by Drew Brees earlier this season. As of the time of this writing, Tom Brady had tied Manning's passing touchdown total.

There are two other Vols on the NFL All-Time team, both on the defensive line: Doug Atkins and Reggie White. Atkins, originally from Humboldt, Tennessee, won a national championship with the Vols in 1951 before playing with the Cleveland Browns, Chicago Bears and New Orleans Saints. Atkins won two NFL Championships and was inducted into the Pro Football Hall of Fame in 1982.

Reggie White, known as the "Minister of Defense" racked up 32 sacks in his four years at Tennessee. In the NFL, White was named to the All Pro team eight times, racking up 13 Pro Bowl honors and a Super Bowl win. White was inducted into the Pro Football Hall of Fame in 2006.

All three Vols on the All-Time team have had their numbers retired by the university.