Copperhead snakes start giving live birth, instead of laying eggs, around late summer and into the fall. 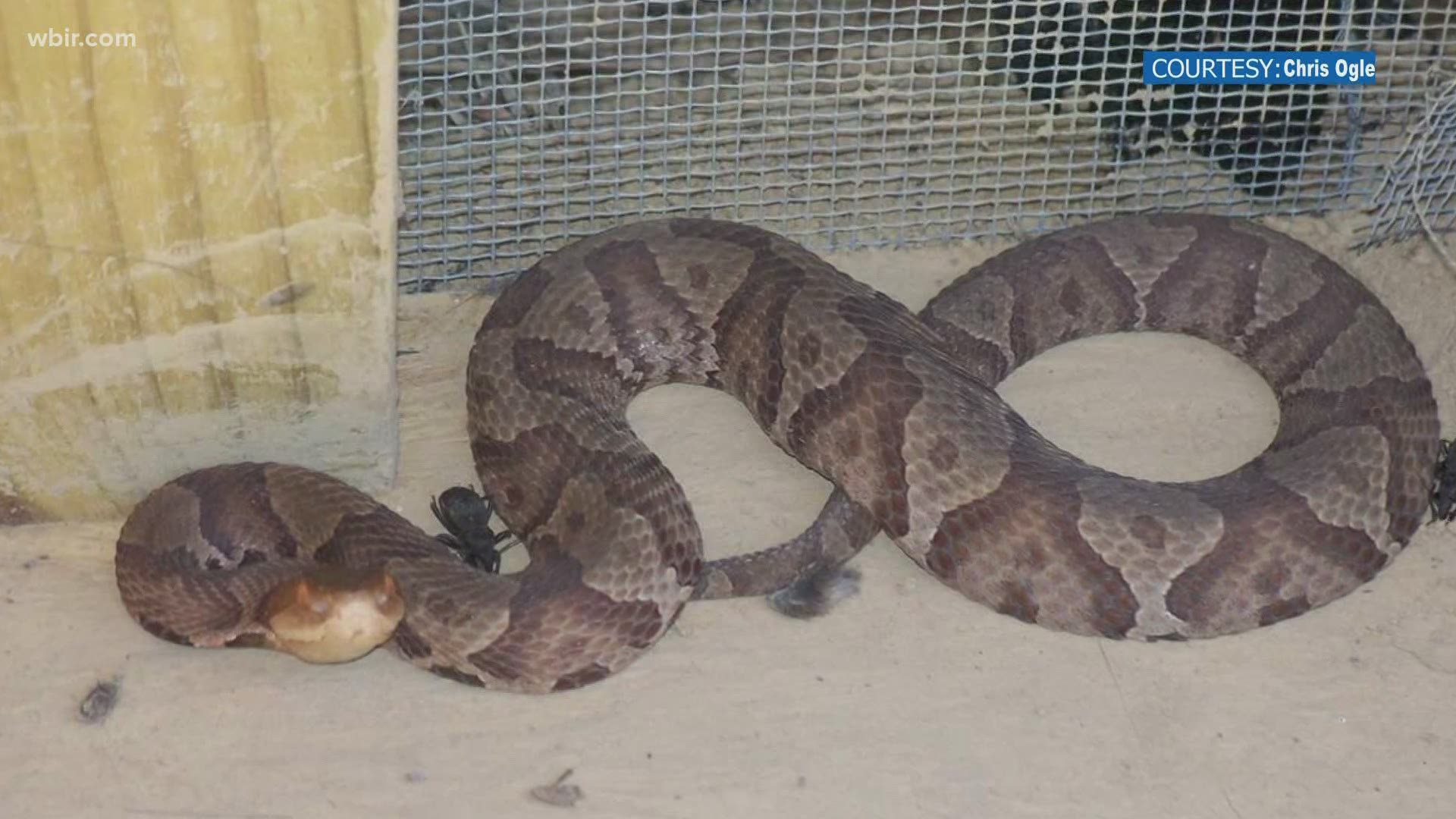 The wind is picking up, days are getting shorter and snakes in East Tennessee are slithering into the world for the first time. It's late August, which means copperheads are starting to give birth.

Instead of laying eggs, copperheads are born alive. However, they are usually on their own as they grow up since mothers don't stick around to nurture their young. Most mothers give birth to between 2 - 18 baby snakes during late summer and into the fall.

Copperheads also have a reputation for being deadly, slithery and dangerous. However, most snakes don't live up to what people expect.

"Copperheads are usually never that aggressive," Chris Ogle said, a wildlife biologist with TWRA. "Typically you have to mess with them quite a bit before they ever bite you. Keep in mind that as far as records show, only one person has ever died from a copperhead bite in the state of Tennessee."

However, anyone who gets a snake bite should still immediately see a medical professional.