The New Albany native is recovering from his second Tommy John surgery. 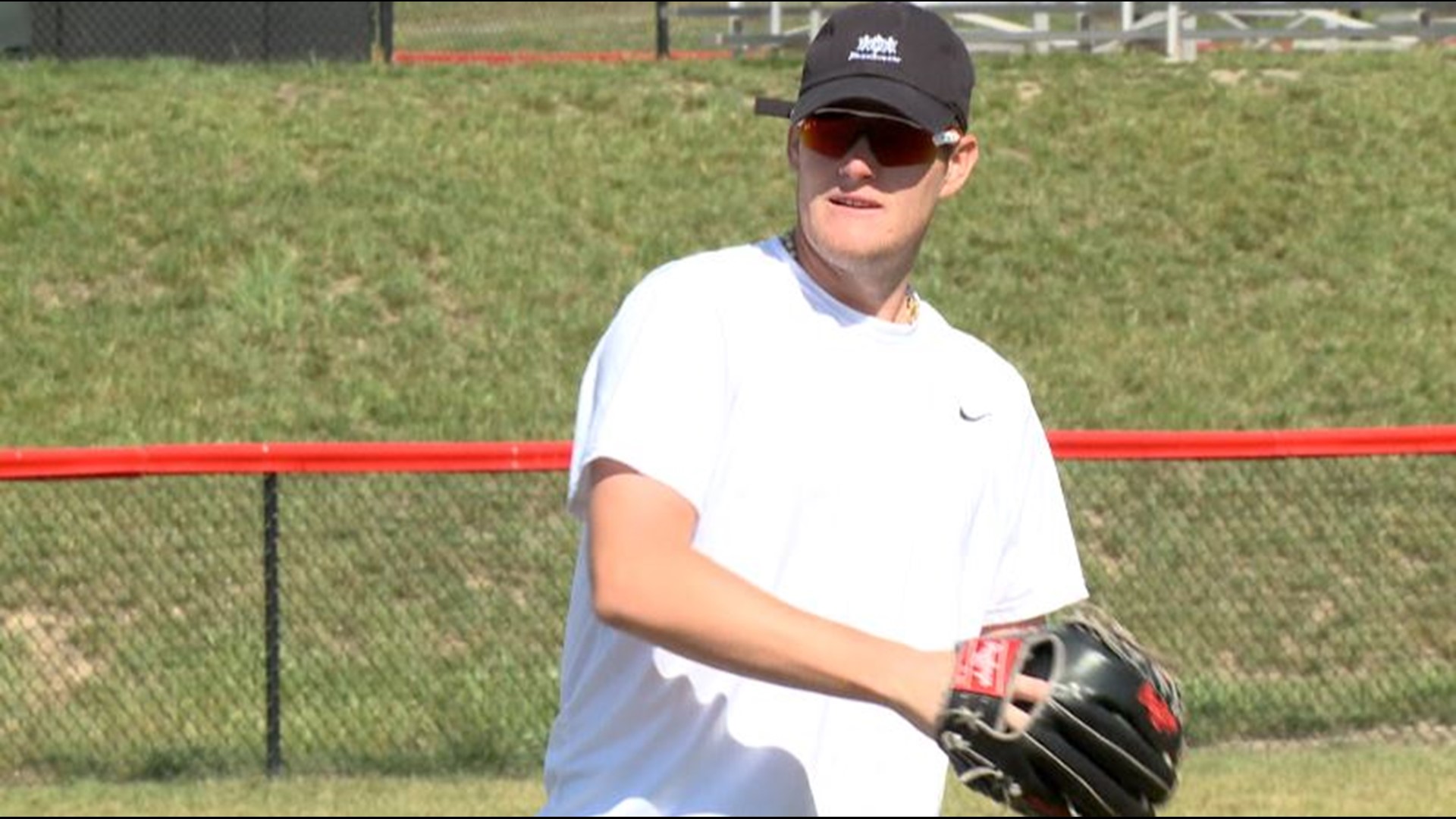 NEW ALBANY, Ind. — One of the five reminders on a sign at a New Albany Little League field reads clearly.

"Your child is NOT being scouted by any MLB team today."

Down a hill and not too far from that sign is a poster on the fence of another field at the complex. It features the 2007 New Albany Little League All-Stars, who won the Indiana state championship.

That's where you'll find a picture of an MLB player: Baltimore Orioles pitcher Josh Rogers. Then look on the field and you'll see him throwing with his best throwing partner since the age of three: his dad.

"I'm trying to grind and get back to the show," Rogers said.

Not too long after he's done, a group of kids want his autograph. He signs for all of them and even takes a picture. The big leaguer is throwing for rehab at a little league field as he recovers from his second Tommy John surgery during a Major League dispute, something the kids he signs for can't understand.

As MLB players and owners continue to fight over when or if baseball will come back to play, along with the compensation issues to go with that debate, Rogers keeps it pretty simple.

"It's brutal, man. I mean, we're ready to play," Rogers said. "If I tell you you're going to have to work just as hard, but in your job with the chance of injury and the risk of injury, you may not have a job next year. So why are we going to play for a certain percentage and then next year not be guaranteed a job? It's crazy to me to think that because I got hurt in the big leagues last year. And now I'm out. But I'm still getting paid. If I didn't get hurt last year, it would be a totally different situation."

Yet here the former Louisville pitcher is. Since being drafted in 2015, Rogers has pitched his way through the minor leagues and appeared in eight MLB games for the Orioles. The results haven't been too stellar so far, as he has a 1-3 record with an ERA of 8.65 over 26 innings, including three starts.

The New Albany native has taken some notes on his experience from the veterans he's played with. And the biggest lesson is he needs a better routine to stay in the show.

"Some guys are talented enough to where they can just lace them up 20 minutes before and roll out," Rogers said. "I'm definitely not that kind of player. So I've got to be more prepared and be more strategic about how I'm handling like my body, my sleep and just the little things. I've always been like more of a pitcher, not a thrower. I'm not gonna overpower anybody. I've got to outsmart people and keep people off balance. I've got to put myself into a position to be the best player I can be."

He feels like he's closer to that now than he's been in a while. The pitcher admits he's made some tweaks from when he first recovered from Tommy John, having a more positive mindset.

His throwing program has had him throwing three days a week, which he mainly uses to throw with his dad in a parking lot or at the little league field. The pitcher works in weight training in his garage there or at a nearby local gym.

"Every single day, I've been attacking it as it could be my last day playing baseball," Rogers said. "I haven't felt better in my whole career than I do right now."