UK Cheerleaders to represent USA in South Korea at the Winter Olympics. 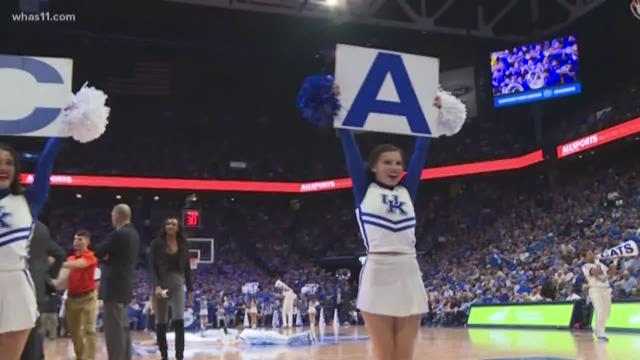 LEXINGTON, Ky. (WHAS11) -- The University of Kentucky Cheerleaders are on their way to South Korea, chosen to represent USA at the upcoming Winter Games.

Cheerleaders are often found on the sidelines and typically fall in the supporting staff role but Pyeongchang is providing this team with an entirely new platform.

"I just think it’s a great honor. Chosen from so many great college teams here in the US and for us to have UK on the chest...it’s just an awesome feeling," UK Cheer Coach Jomo Thompson said.

Putting their sport front and center on the South Korea stage, the squad will be competing internationally while hoping to give cheerleading a permanent position in the Olympic games.

Thompson explained, "We're going to demonstrate what that format will look like."

A longstanding tradition of excellence, this Kentucky crew is considered one of the most elite in the country. The team earned their 23rd national championship title in January.

Their level of expertise now landing them in familiar company, as they are set to compete against the best of the best from around the world.

The Olympic stage brings all kinds of customs and cultures, but nobody knows better than this squad, that spirit is universal.

"Cheerleading is exploding everywhere. I've traveled around the world, so many different places for it so it’s great to see it growing at the grassroots level," Thompson said.

The team will be competing against six other countries including Russia, Germany, Australia, Canada, Great Britain and Norway.