Several divers from Indiana headed to Tokyo for Team USA

The entire men's diving team headed to the Olympic Games has some type of Indiana connection. 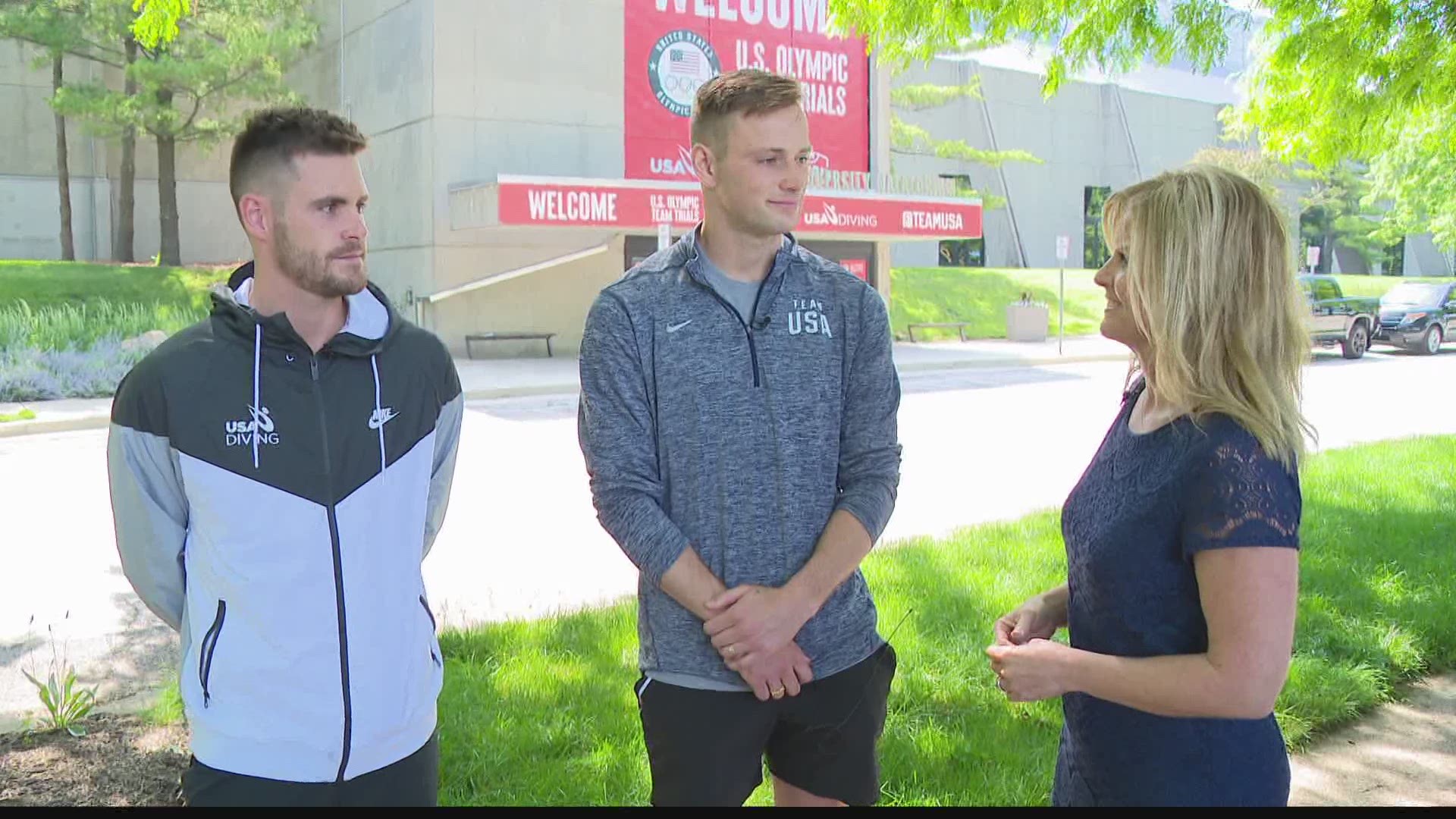 After an exciting weekend of Olympic qualifications at the IUPUI Natatorium, we now have several Hoosier divers on Team USA.

In fact, the entire men's diving team has some sort of Indiana connection and all of our local divers headed to Tokyo say they are thrilled to be Olympians.

The atmosphere in the Natatorium this weekend certainly had a hometown feel for local Olympic hopefuls who are now headed to Tokyo.

"It was great, looking up into the stands and seeing all the people from IU, a bunch of my teammates were able to come and my whole family is here, so it just feels really special," said Andrew Capobianco, an IU diver who qualified to compete in the 3-meter springboard event for Team USA.

"I mean, it's amazing. I could hear my teammates cheering super loud in the stands and they are super obnoxious, which I appreciate," said Jessica Parratto, an IU alum who will dive for Team USA as part of the synchronized 10-meter platform team with Delaney Schnell.

17-year-old Tyler Downs, a Purdue recruit from Fishers, is the youngest member of Team USA.

"The cheers were insane. It's so cool to hear all of that," Downs said after qualifying in the 3-meter springboard. "I came in with no expectations, just to have fun, dove my best and ended up on the Olympic team!"

In the 3-meter springboard, Downs and Capobianco both secured their ticket to Tokyo by besting the three-time Olympian and gold medalist from Noblesville, David Boudia.

RELATED: David Boudia does not qualify for 4th Olympic Games

Boudia came in third and after the trials he hugged Downs, which felt like the passing of a torch.

Every member of the men's diving team has an Indiana connection.

Capobianco will also compete in the 3-meter synchronized event with IU's Michael Hixon, who won silver in Rio.

Jordan Windle, who made Team USA in the 10-meter platform, lived in Indiana as a teenager. His best friend, Brandon Loschiavo, attends Purdue.

They both qualified for the Tokyo Games and have a signature move they call "The Fusion," which they made up while watching "Dragonball Z," that they do poolside after competitions and which they plan to reenact in Tokyo.

"Yeah, I'm just honored and can't wait to represent my country as well as I can," Loschiavo said.

For Indiana women, it was a tougher road in trials. Many of the Hoosiers in qualifications did not make the team.

"I think it's just crazy to call myself a two-time Olympian and I mean, yeah, it's just a dream come true obviously and it also hasn't hit me yet, but I'm just so excited and can't wait to head to Tokyo of course," Parratto said.