Plenty of area swimmers are on their way to Omaha, Nebraska. 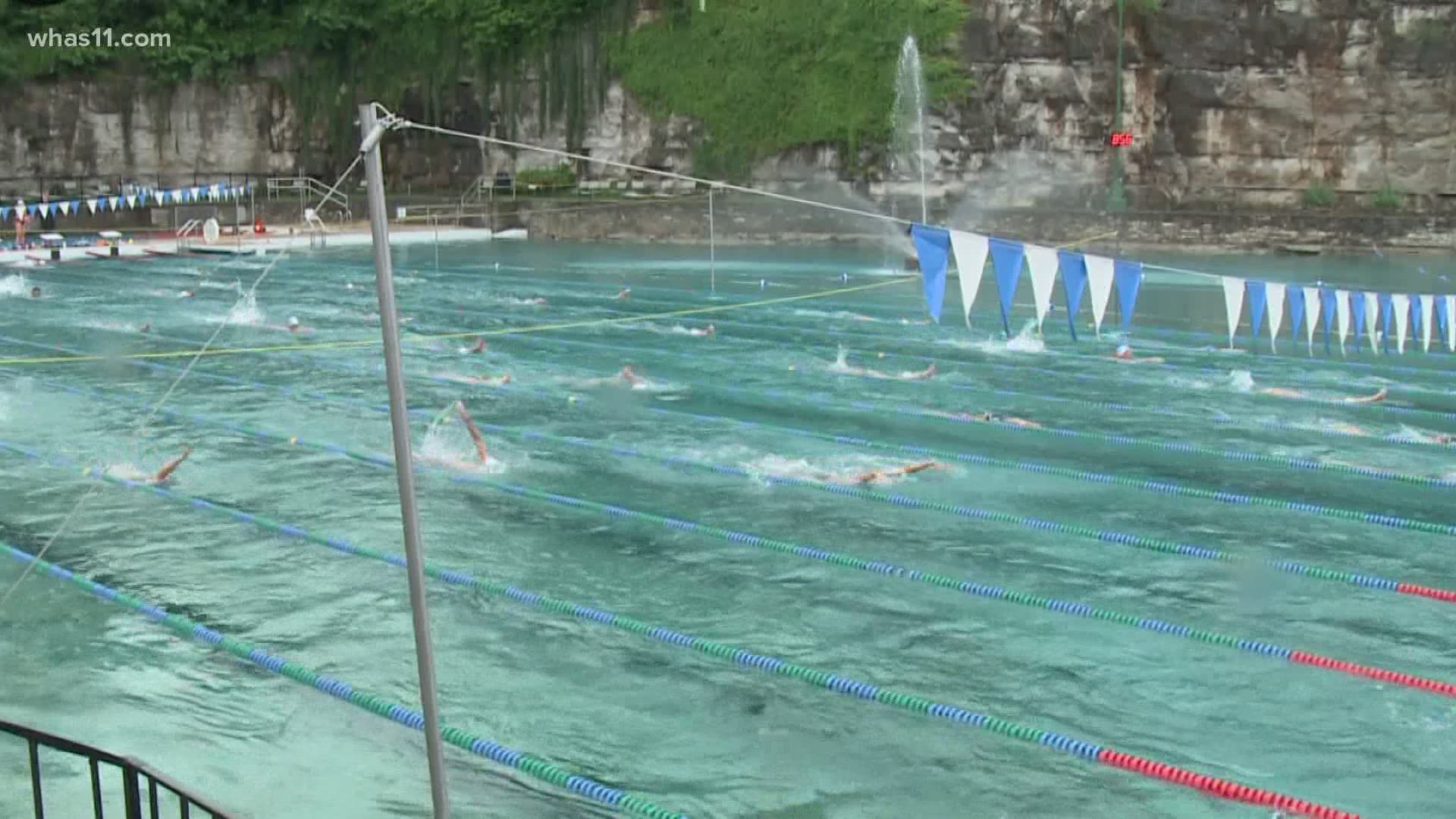 LOUISVILLE, Ky. — Local swimming standout Jack Anderson wakes up every day and sees an American flag on his wall with the Olympic rings on it. He looks up and takes in an Olympic Trial cut poster on his ceiling.

"That's the reason I go to practice," Anderson said. "And it finally manifested and happened."

The St. Xavier standout is one of many local products on their way to Omaha, Neb. for the U.S. Olympic Team Trials. Wave I swimmers, who have the qualifying times for their events but are not among the fastest in them, will compete from June 4-7. The top two finishers in each event advance to the Wave II meet, which is from June 13-20, where the U.S. Olympic Team will then be selected.

“I think the best word to describe it is like nervouscited," Denigan said with a laugh. "You're half nervous and half excited.”

“I’ve just dreamed about being in the Olympics since I was five years old," Scholtz said.

"It’s basically been four years of training for it," Crush said.

Some of the aforementioned swimmers will have a better shot at the 2024 Games in Paris as opposed to the upcoming 2021 competition in Tokyo. But regardless, the past year has presented a challenge to swimmers preparing for any type of international competition.

The coronavirus pandemic pushed back the Tokyo games for a full year and also closed pools down for months. It forced many swimmers into unfamiliar waters, scrambling for places to train or even taking a break.

“It’s been really inconsistent with different places all the time," Scholtz said.

“The longest break I've ever taken from swimming was that three months," Denigan said. "It was those schedules change from week to week. Sometimes, we couldn't even find a pool. So I was training by myself. And we've been training outside since November. It's been insane."

"It kind of challenged the way that I train and the intensity," Anderson, a Notre Dame commit, said. "We used to do doubles on Monday, Wednesday and Friday, which is two practices a day where you could go hard at one and then take the afternoon to work on your technique.

"Whereas this past year, we've gone Monday through Sunday. So every day, for an hour and a half, we've had to narrow down and use every single minute of that hour and a half to our advantage, especially over that quarantine break. From March to July, we were not able to get in the water. So we just learned how to run and do dry lands in replacement. Obviously, we did the best we could, but it didn't do much."

While that was frustrating, it doesn't mean a break was not beneficial in other ways.

"I definitely would not be at the point I’m at right now a year ago," Scholtz said.

"It did make me appreciate how much our coach does for us and how much time that we've gotten in the water in the past," Denigan said. "That made me more appreciative at practice to go 110% and do everything I can to try to catch up to where I was before quarantine started."

That's also easier to do for many of these swimmers when they've been training together. It's the case for those in this group who have been a part of Lakeside Swim Club, which has produced 10 past Olympians.

"It’s kind of the best possible way it could be for training," Anderson said.

“Having them all be like-minded and pushing towards the same goal is just so motivating," Denigan said.

The motivation is of course to not just represent Louisville, but their country, on the world's biggest stage.

“It would be just accomplishing a lifelong dream," Scholtz said.