Seven swimmers with Indiana ties are going to Tokyo to swim in eleven individual events or relays at the Olympics. 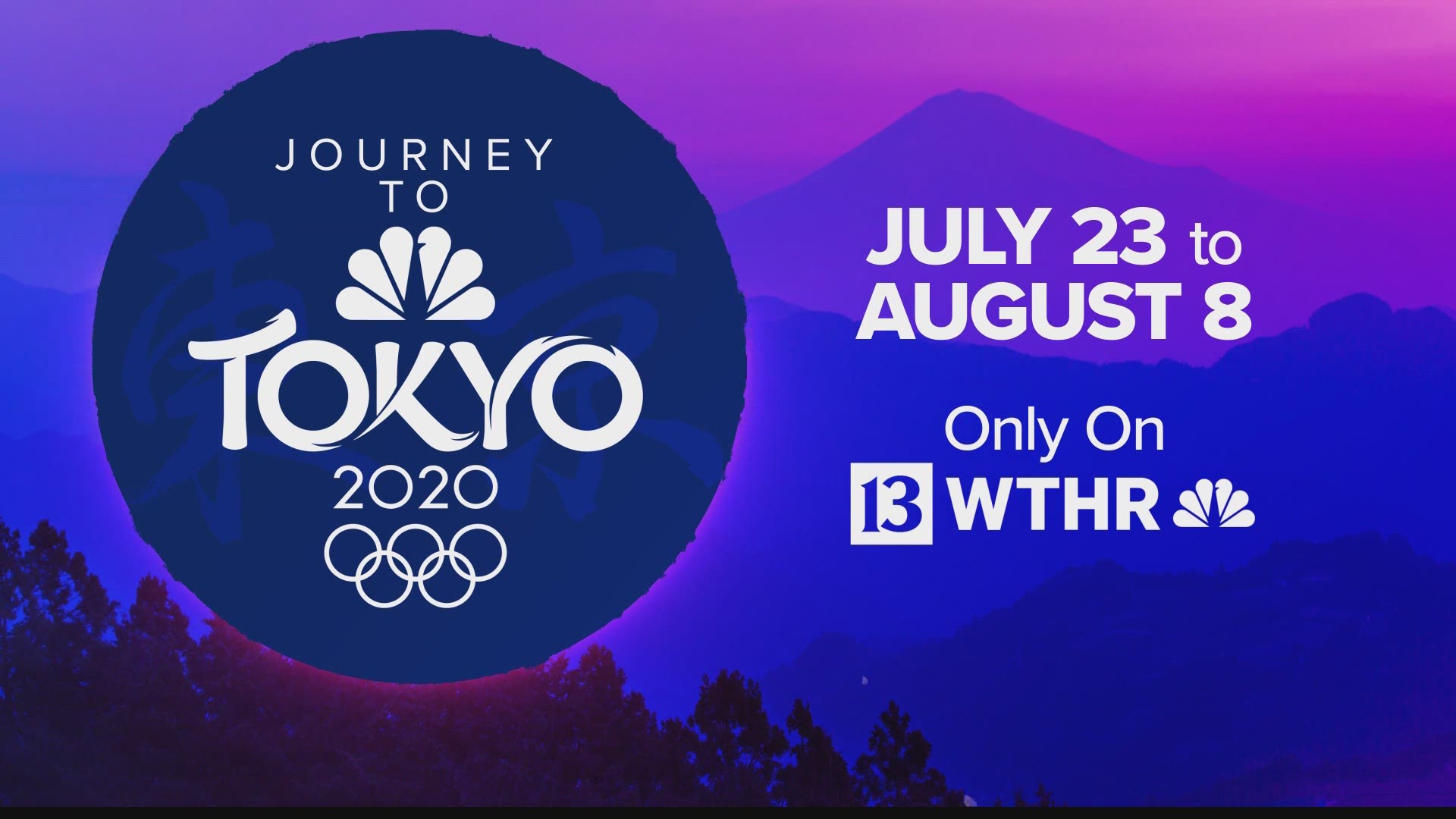 OMAHA, Neb. — Seven swimmers who grew up in Indiana, attend college or train in the Hoosier state made Team USA for the Tokyo Olympics during the week-long Swimming Trials held in Omaha, Nebraska.

Hoosier high school champions Lilly King and Blake Pieroni each made their second Olympic team after bringing medals home from Rio in 2016 while they swam for Indiana University.

IU's Michael Brinegar, who is from Columbus, qualified in both the 800 and 1500 meter freestyles with a pair of second place finishes in Omaha.

Pieroni and fellow IU grad Zach Apple both made the Tokyo roster in the 100 freestyle. Apple, who transferred to IU from Auburn, finished second at trials and will swim the event in Tokyo, along with the 4X100 freestyle relay. Pieroni, from Chesterton, finished third, gaining him a spot on the relay where he earned a gold medal in Rio.

For the first time ever, a Carmel swimmer is headed to the Olympics - and two former Greyhounds are headed to Tokyo.

Drew Kibler finished third in the men's 200 freestyle Tuesday night with a time of 1:45.92. He's the first Carmel swimmer to ever reach the Olympics.

Later Tuesday, another Carmel alum, Jake Mitchell, swam a 400-meter freestyle time trial with no one else in the pool. After he finished second in the event finals Sunday night, his time wasn't fast enough to meet the Olympic standard. He had until June 27 to improve his time to meet the FINA standard of 3:46.78 at a sanctioned event and qualify for Tokyo, and the time trial gave him that option.

Jake Mitchell is about to attempt a DAUNTING task. Racing no one but himself, he's going to time trial the 400 free. If he can drop over 1.5 seconds from his best time, he's on to Tokyo. If not... someone else could steal his spot later in the meet.

As Mitchell reached for the wall to finish the trial, the crowd in Omaha roared as his time showed on the scoreboard - 3:45.86 - fast enough to earn his spot on the Olympic team. Mitchell, who swims for the University of Michigan but came home to Carmel to train for the summer, splashed the water in the pool before putting his hands to his face as the accomplishment sunk in.

JAKE MITCHELL IS GOING TO TOKYO!! Mitchell hits the FINA Olympic Cut Standard in a swim off tonight after finishing second in the 400 freestyle on Sunday! Two Greyhounds headed to the Olympics!!

Mitchell told NBCSports Tuesday night that he took inspiration from Kibler's performance into his time trial.

“We’re such good friends,” Mitchell said. “To see him make it, I knew I had to make it as well. I knew I could.”

King, who swam at Newburgh, is headed back to the Olympics to defend her Rio gold medal in the 100-meter breaststroke. She finished first on Tuesday night and added a second-place finish to Bloomington training partner Annie Lazor in the 200 breaststroke on Friday.

It was Lazor's final chance to make this year's team. And at age 26, she's the oldest first-time U.S. Olympian in swimming in 17 years, according to NBC Sports.

Annie Lazor qualified for the #TokyoOlympics!

And what's even better is the excitement she shared with her teammate and friend Lilly King. ❤️@USASwimming | #SwimTrials21 x #TokyoOlympics pic.twitter.com/M5Wc8cLkMA