Jalen Dunnavan broke his shoulder as a freshman and tore his ACL, MCL and meniscus as a sophomore. 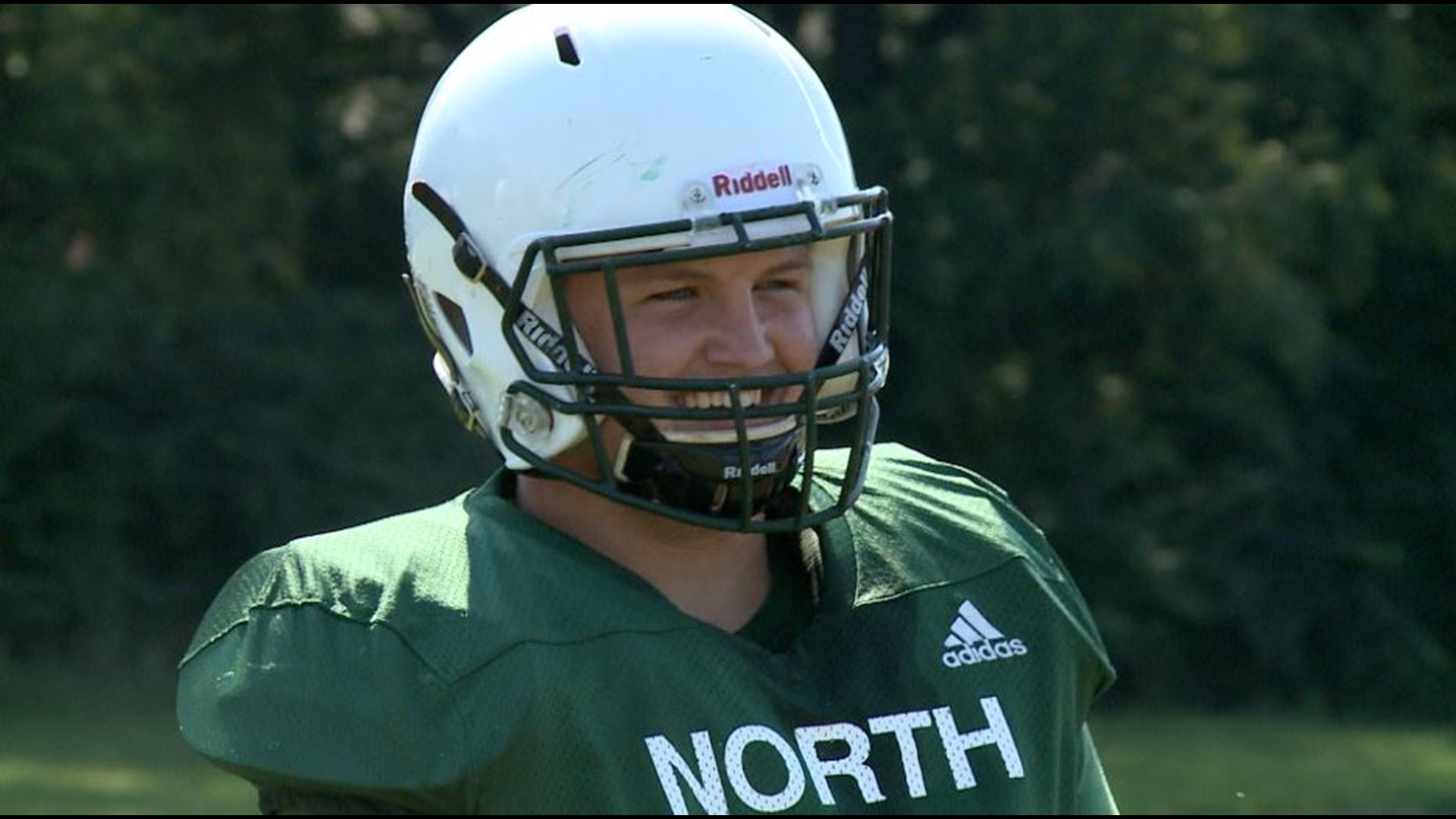 "You hear a lot of the stories about how people don't come back or they do come back," said Dunnavan. "And I didn't want a story of not coming back."

The senior Eagle didn't have to face that feeling once, but twice.

As a freshman, Dunnavan broke his shoulder. Then, as a sophomore, he tore his ACL, MCL and meniscus.

"It was kind of wearing me down, but I just had to overcome, deal with it and use it as a motivator instead of pulling me back," Dunnavan said.

Dunnavan said he finally felt fully comfortable being back on the field about midway through the season last year. Throughout the process, one thing has kept motivating him.

"Wanting to be back to where I was, wanting to be better than what I was before, even with injuries," Dunnavan said.

"We actually had to get on him," Billings said. "Our strength coach has a pretty strenuous workout program for these guys. And Jalen was going and doing stuff on his own afterwards. We let him know hey man, you're going to set yourself up to be injured again if you don't slow down. He was trying to put in extra work. He's done everything we've asked him to do and more."

All of that has led the 225-pound senior to become even stronger. Recently, he's bench-pressed 365 pounds, squatted 560 and dead-lifted 600. That kind of strength made Billings try to convince Dunnavan to play offensive line.

"I've joked with him for the past couple years because he played running back in middle school and he looks like an offensive guard, to be honest with you," said Billings. "He's put on some weight and gotten big in the weight room. I kept telling him, you know you're going to be a right guard because I coach the offensive line and I think you're a right guard. And I think he's dropped some weight just to stay off of the offensive line. But he's so big and so strong that we got to have him on the line playing defensive end and I think it's a good spot for him right now."

So is his role as a leader. Billings said Dunnavan "leads by example" and the senior has been trying to teach younger players. More than anything, he's thankful to be able to fully focus on that and playing instead of recovering from another injury.

"I'm very confident and I'm just really excited to not have anything to worry about," Dunnavan said.

North Bullitt kicks off their season Sept. 11 against Bullitt Central at 7:30 p.m.