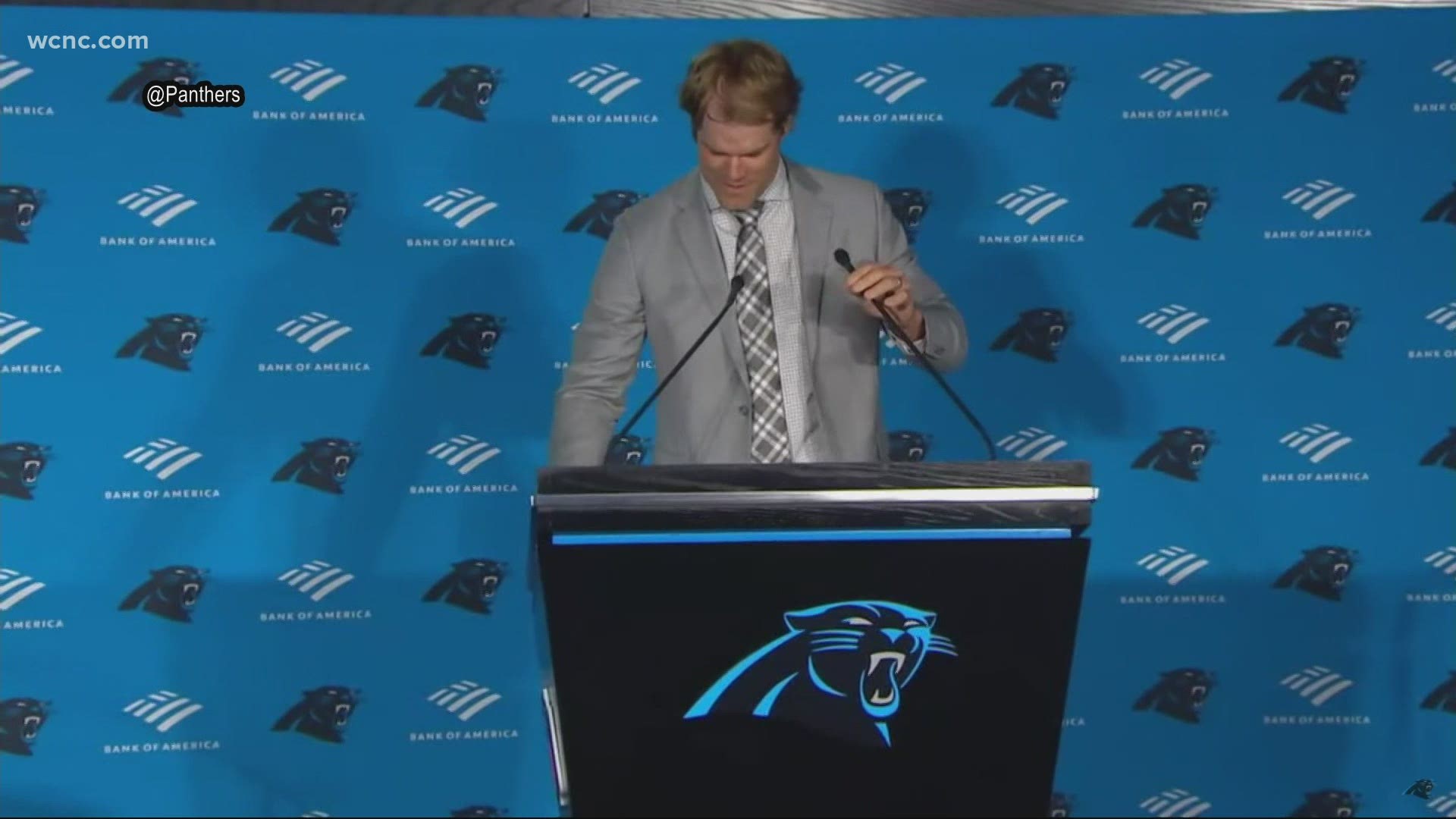 CHARLOTTE, N.C. — Two former Carolina Panthers came back to the Queen City to sign special one-day contracts to allow them to retire under the Carolina banner.

In a special ceremony Thursday, former tight end Greg Olsen and former linebacker Thomas Davis signed their contracts, sharing an emotional moment with the team as they brought their careers to a close. For Olsen, it was a close to a chapter that saw his parents cultivate him.

Of his father, Olsen said "He was my first coach. He was my best coach. No offense to anybody else." He also noted his mother never missed a high school game, even as she battled cancer.

Davis and Olsen both played for the Panthers at the same time, which lead to plenty of shared memories between the two. Davis revealed during the ceremony he accidentally hit Olsen's mom in the eye with a golf ball at a charity event, but said Olsen's reaction showed good character. Davis also wore a special suit that mimicked the look of the Panthers' jersey, saying he wanted to put it on one last time.

The ceremony also featured a video tribute to both players, including a message from Buffalo Bills head coach Sean McDermott, who said he agreed to do the tribute for Olsen despite not being able to convince the latter to return to Buffalo.

Current Panthers linebacker Shaq Thompson thanked both Olsen and Davis for being mentors to him. Thompson says Olsen called him out for not practicing once as a rookie in camp, and thanked Davis for continuing to guide him along as a Panther. Former head coach Ron Rivera tweeted out his congratulations to both, saying he was proud to work with both.

I couldn’t have been more blessed to have coached great men like @ThomasDavisSDTM & @gregolsen88 Congrats on incredible careers. You made our time together w/@Panthers special. Love & respect, Coach Ron. #teammatesforever pic.twitter.com/GpV1oXLEzP