CHARLOTTE, N.C. — In the NFL, the good teams find a way to win games, especially the ugly ones. The Panthers were not a good team today.

After taking a strange 15-6 lead into halftime the Panthers, who allowed a scrappy Eagles team to hang around, lost their first game at home this season by a score of 21-18.

Sam Darnold might as well of been wearing his old Jets green as all of his bad habits resurfaced today. He ended his dismal day with 3 interceptions, just 177 yards, and most importantly a loss. But the real game-changer was a blocked punt late in the 4th that set up a Jalen Hurts walk-in touchdown. The 2pt conversion was successful and gave Philly a 3 point lead and, most importantly, a win.

Going into this game I had two major questions: “How would the Carolina defense bounce back after their loss to Dallas last week?” and “What would Carolina do to protect Sam Darnold against a pretty good Eagles pass rush?”

The first question was answered early and often in the 1st half. The Eagles' first three possessions totaled just 3 total yards, with zero 1st downs and a field goal. That field goal was set up when Darnold threw an interception from his own endzone to Darius Slay, who returned it to the 15 yards line.

Philadelphia was unable to push the ball down the field before their last possession of the 1st half that resulted in a 58-yard field goal from Jake Elliot (44 of their 88 total yards came on that drive). At one point, the Eagles had almost twice as many penalty yards as they did passing yards.

The Panthers' defense only had 2 big mistakes, the first came when they couldn’t fall on a loose ball in the endzone after a snap over Jalen Hurts head. The ball ended up rolling out the back of the endzone for a safety. Leaving those 5 points on the field was the difference in a 3 point loss.

The other mistake was a blown coverage in the 3rd quarter on a 3rd and long. Hurts broke from the pocket and rifled a ball to a wide-open receiver that flipped the field and led to a 1 yd touchdown that brought the Eagles to within 2.

Don’t be mistaken, this loss cant be laid at the feet of Carolina’s defense. Outside of that long completion, their defense played about as well as you could ask for. The problem was the offense was not playing complementary football.

The Panthers only allowed 3 sacks but they were all impactful as they stalled promising Panthers' drive. Even when they weren’t getting sacks the pressure they applied all game bothered Sam Darnold, who was forced to hurry a throw that could have been a big TD pass from Anderson. Because of the pressure, Darnold underthrew Anderson just enough for the Eagles cornerback to make a really good play on the ball.

The Eagles must have watched the tape from the Dallas game as they were copying the same defensive line stunts that caused the Panthers issues a week ago. Moton, who started at LT for the injured Erving, and rookie Brady Christensen played well on the edge. But the trio of Paradis, Daley and Miller on the inside were unable to prevent the pressure up the middle.

For the 5th time this season, the Panthers' offense failed to score a single point in the 3rd quarter. In fact, Carolina never even got into the RedZone. The offense did not play with any urgency and it came back to bite them as the Eagles brought it to within 2 points at the end of the 3rd.

When the clock turned over to the 4th quarter, the offense seemingly came alive with a couple of good runs by Hubbard and some smart decisions from Darnold. But as had been the case all day, the offensive line got zero push on a 3rd and 2 as Royce Freeman was stuffed for a loss. Gonzales kicked a field goal to put the Panthers up 5 with just over 8 minutes remaining.

Those last 8 minutes are going to keep head coach Matt Rhule up at night. After a 4th down stop in the RedZone, the Panthers were unable to pick up a first down as Darnold failed to connect with an open Robby Anderson on 3rd and 3. Darnold overthrew him as the ball grazed off his fingertips. Then the Eagles block Joseph Charlton’s punt and recover it on the Panthers' 27.

Four plays later, Jalen Hurts keeps the ball on the zone read and walks into the endzone untouched. Philadelphia made the 2 point conversion as Brian Burns was fingertips away from sacking Hurts before he found Smith in the back of the endzone.

With just 2:38 on the clock the Panthers got the ball back and Sam Darnold had the chance to do what Teddy Bridgewater failed to do 8 times last year, lead a 4th quarter comeback. After 2 incompletions and a false start, Darnold finally connected with Robby Anderson for 25 yards and a first down. After a John Miller hold resulted in a 1st and 20, Darnold once again tried to find Robby Anderson on the left sideline but was picked off by Steven Nelson just before the 2-minute warning.

Even with 3 timeouts and a few questionable decisions by Eagles ball carriers, the Panthers were unable to get one last shot to win or tie the game.

Matt Rhule was unhappy with his teams' performance in the 2nd half and Panthers fans should be too. The margin of error in the NFL is razor thin and the Panthers consistently found themselves on the wrong end of that line in the second half.

In the end, this game came down to 3 plays, a blown coverage, a blocked punt, and a very bad interception. Now, after 3 straight wins, the Panthers have lost 2 in a row and their once-promising season is slipping through their fingers like a badly thrown ball on 3rd down. 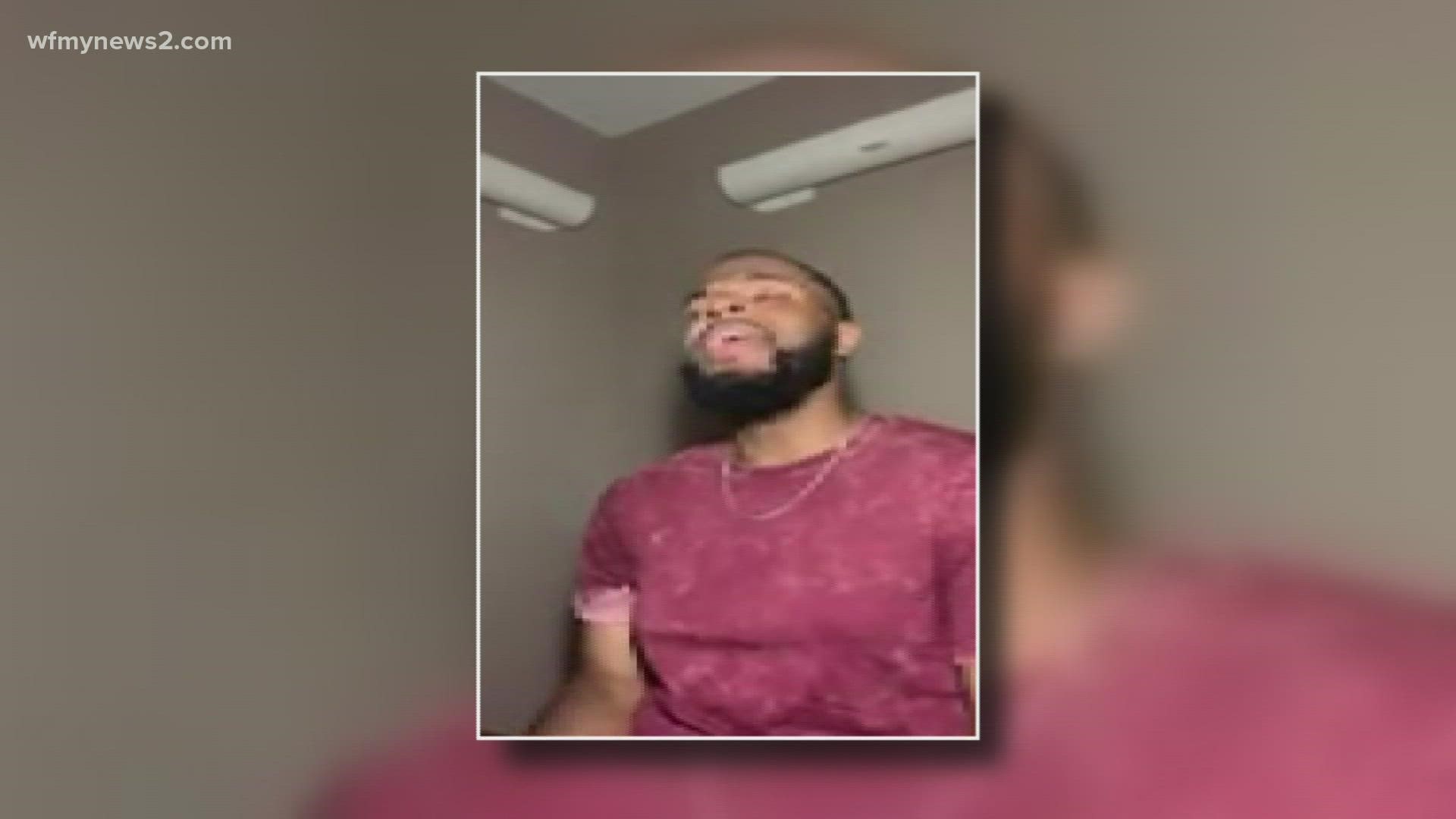