Cleveland Browns wide receiver Odell Beckham Jr. reeled in one of his best catches of the season vs. the Indianapolis Colts on Sunday. 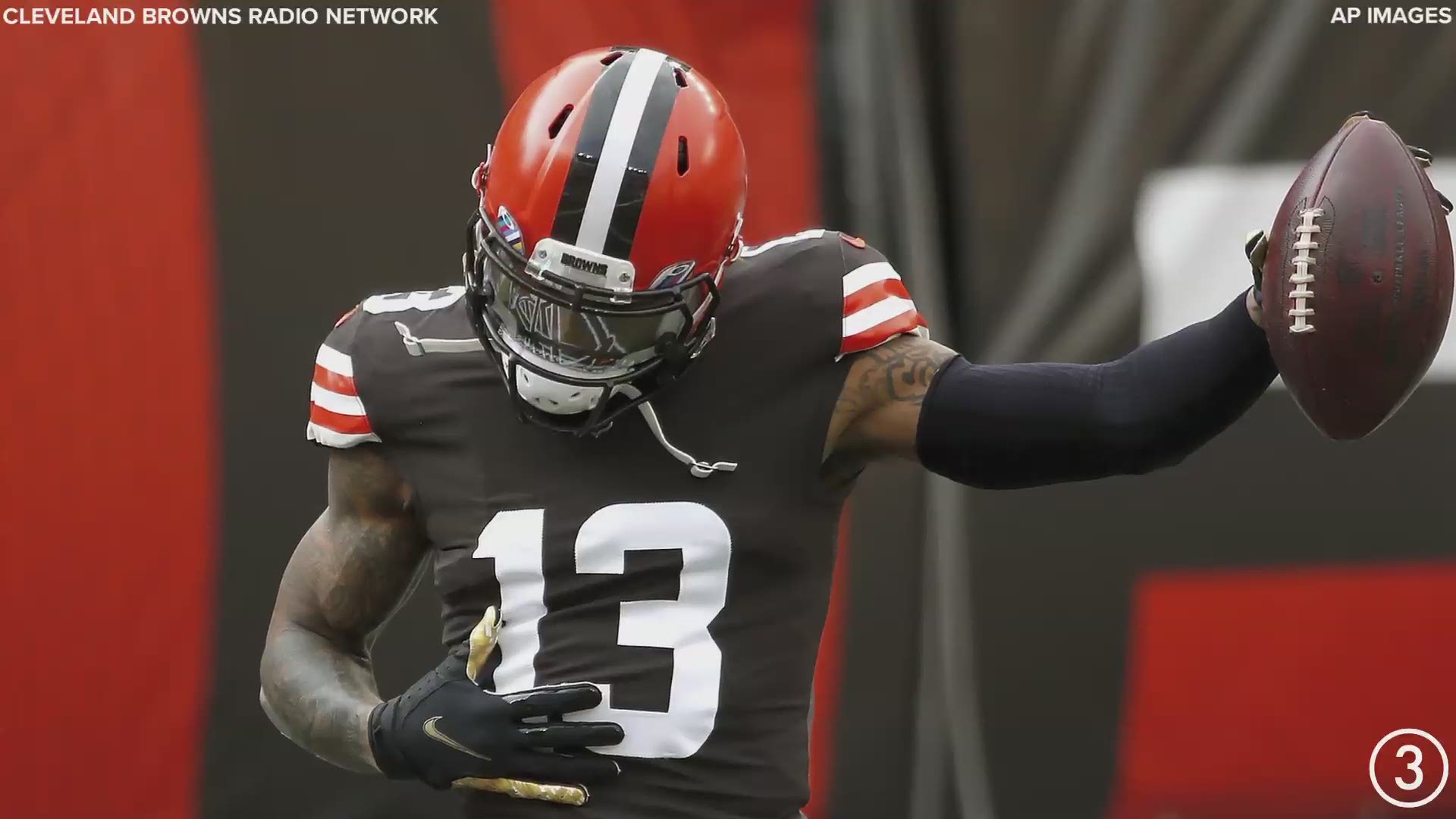 On Sunday, he may have made his best catch.

With the Browns tied with the Indianapolis Colts at 10 in the second quarter of their Week 5 matchup, Cleveland found itself facing a first-and-10 at its own 37-yard line. Dropping back on a play-action fake, Browns quarterback Baker Mayfield locked in on Beckham, who was being covered by Colts safety Tavon Wilson.

Despite Wilson colliding with Beckham -- and appearing to grab his facemask -- the 3-time Pro Bowl wide receiver came down with the 26-yard reception, a catch that stood after being challenged by Indianapolis.

Beckham's haul helped extend what was ultimately a 9-play, 75-yard drive that ended with Mayfield finding wide receiver Rashard Higgins for a 15-yard touchdown pass to give Cleveland a 17-10 lead. Beckham's big catch came one week after the LSU product totaled 154 yards (81 receiving, 73 rushing) and three touchdowns, including a 37-yard throw from Jarvis Landry and a game-clinching 50-yard touchdown run -- in Cleveland's 49-38 win over the Dallas Cowboys.

Laying claim to a 3-1 record, Cleveland is off to its best start since the 2001 season. With a win over Indianapolis -- which also entered Sunday's Week 5 matchup with a 3-1 record -- the Browns would advance to 4-1 on the year for the first time since 1994.

For all of the latest from FirstEnergy Stadium on Sunday, follow our live blog.