The Trinity and Louisville grad signed with the Carolina Panthers as an undrafted free agent in 2018. 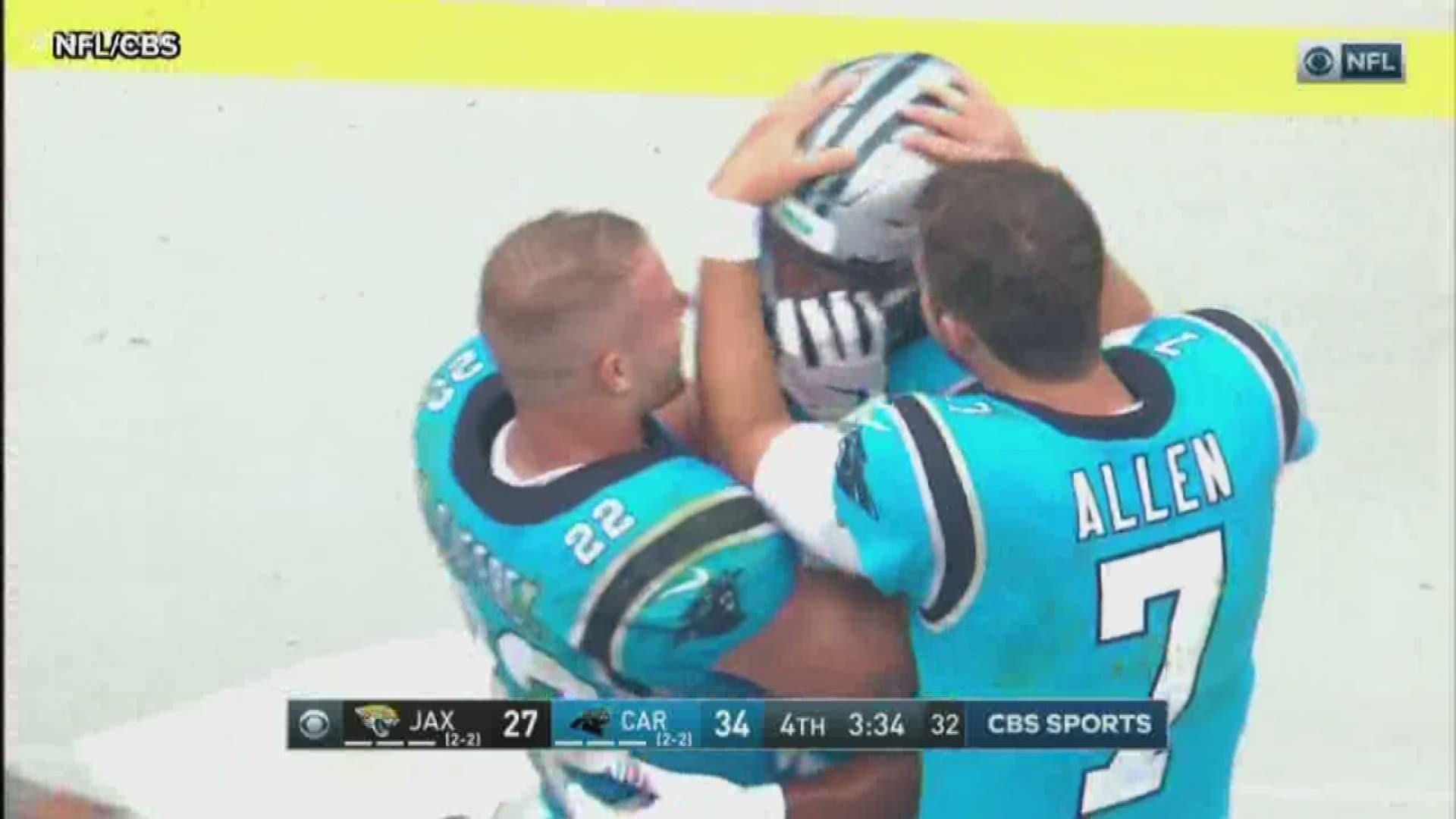 LOUISVILLE, Ky. — Though starting running back Christian McCaffrey continues to put up big numbers for the Carolina Panthers, his backup had no trouble continuing the pace in Sunday's win over the Jacksonville Jaguars.

Louisville native Reggie Bonnafon scored his first career NFL touchdown in the fourth quarter while McCaffrey was out with a cramp. Bonnafon took the ball 59 yards, giving the Panthers a 7-point lead in a tight game.

Bonnafon, a Trinity and University of Louisville grad, signed with the Panthers as an undrafted free agent in 2018. Through the first four weeks of the 2019 season, Bonnafon had only two carries.

Bonnafon was the starting running back his senior year at UofL, playing wide receiver and quarterback in previous seasons. McCaffrey said there was no one happier for Bonnafon's touchdown than him.

“That made my day,” McCaffrey told reporters after the game. “Sometimes I feel like I can hog that stuff. To see him go out there and do what he did was really cool."

Bonnafon's touchdown was the last scoring drive of the Panther's 34-27 win. The team, now 3-2, will take on the Buccaneers in London Oct. 13.