This year’s game will be released on Aug. 28, two weeks before the regular season is scheduled to begin. 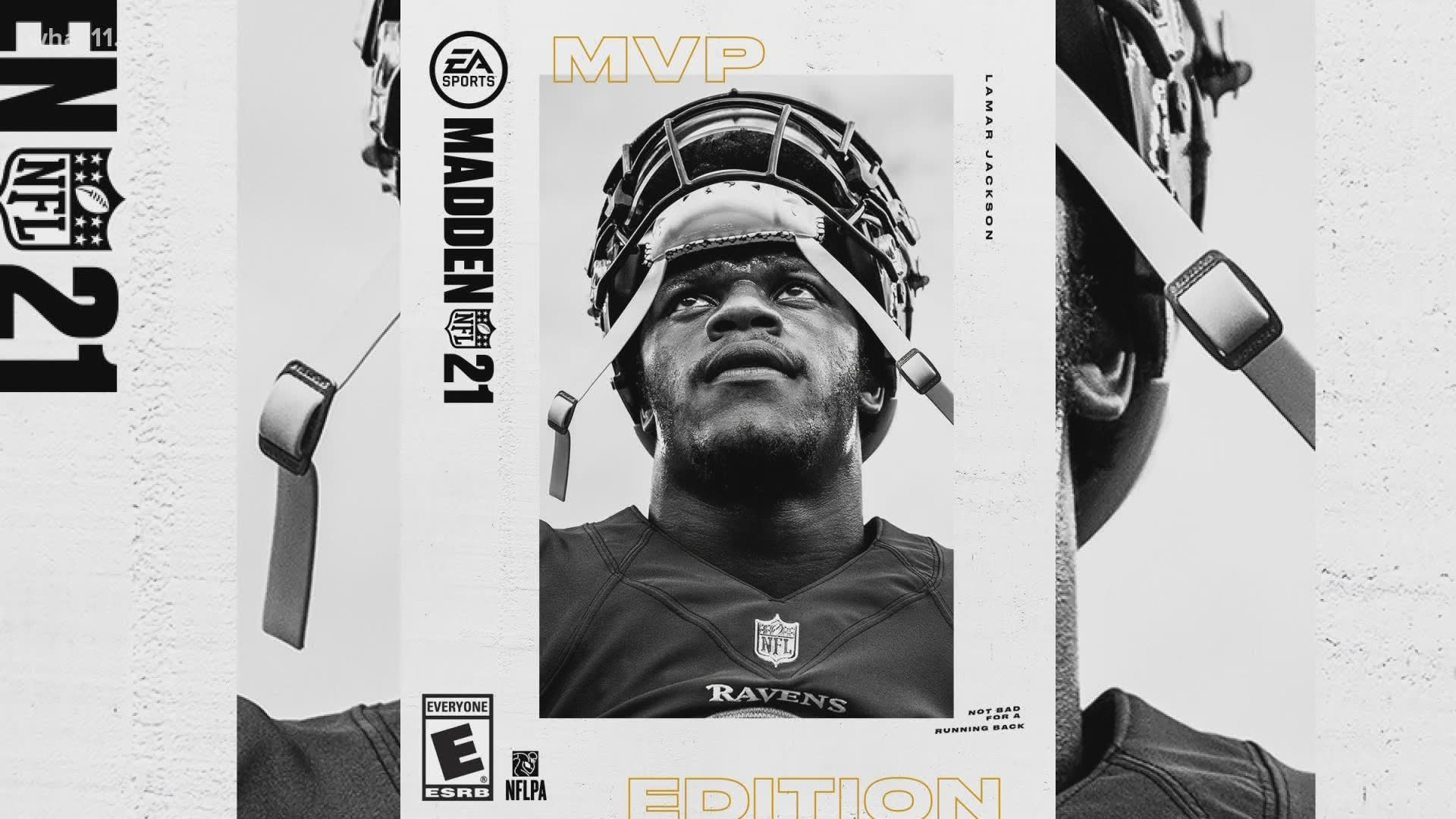 BALTIMORE — Lamar Jackson will be on the cover when “Madden NFL 21” is released in two months.

The Madden cover release usually carries some suspense, but the Baltimore Ravens quarterback let it slip during an offseason call with local media in April that he had been approached about the cover.

This year’s game will be released on Aug. 28, two weeks before the regular season is scheduled to begin.

Jackson won The Associated Press NFL Most Valuable Player Award last season. He set an NFL record for yards rushing by a quarterback (1,206) while passing for 3,127 yards with 36 touchdowns and only six interceptions. He also ran for seven TDs.

Jackson also got congratulations from current and former NFL stars.

The official gameplay trailer was released Tuesday morning, featuring a song by another familiar name in Louisville: Jack Harlow.

"Listen closely," Harlow tweeted with a link to the trailer. According to Harlow, the song is a collaboration with "The Cool Kids" rapper Chuck Inglish, who inspired Harlow at a young age.

"I was playing NBA Live 08 in 4th grade when i first heard '88'  by The Cool Kids on the soundtrack. Fell in love w/ Chuck Inglish's sound," he said in a tweet. "Fast forward years later, I get in the studio with that very man...& we make this song. Now its the lead song on Madden 21."