The UofL grad and six-year NFL veteran said he wants to focus on helping his community. 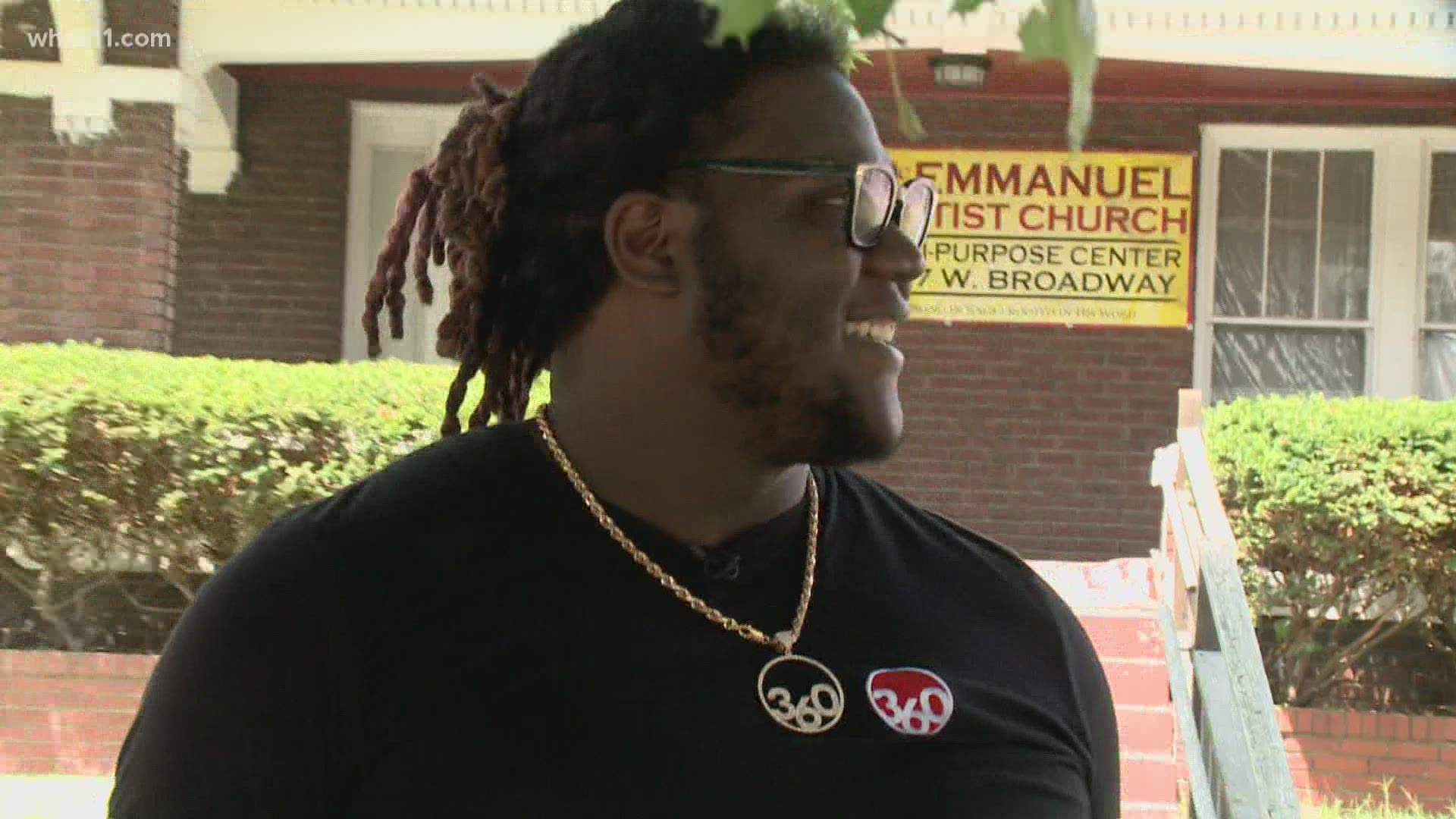 LOUISVILLE, Ky. — Jamon Brown sat back in a stool at the SuperChefs bar and thought for a moment. The former University of Louisville standout considered what he would tell a younger version of himself after 62 NFL games over six seasons.

"No one man is an island," Brown said. "So you must draw your strength from others."

The 28-year-old carries that quote from a former offensive line coach as he enters retirement from football. Brown said he started thinking about this decision after the Atlanta Falcons released him last August.

The offensive lineman was drafted by the then St. Louis Rams in the third round of the 2015 NFL Draft, later playing for the New York Giants, Falcons and Philadelphia Eagles.

He finished his sixth and final year in the NFL with Philadelphia, who released him from their practice squad following a violation of team rules in December 2020. Then in January, he had a second child, further pushing him to hang up his cleats.

"When you're in the league, you never know when that time is going to come," Brown said. "Football is time-consuming. And I was in the space of how do you want to go about the next year?"

The answer to that comes off of the field. The West End native was very involved in protests surrounding the police killings of Breonna Taylor and David McAtee, which further sparked his desire to help the community more. He has also participated in a conference call with Louisville's FBI field office and spoken with Taylor's mother Tamika Palmer. All of this started to weigh on him during his last NFL season.

"That's when I kind of shifted my focus," Brown said. "I was focusing on football and of course focusing on the preparation. But our city had been hit with some tragedy, man. So I was trying to figure out, like always, how do I help? That really kind of woke me up and I marched into a new mindset: bringing light, opportunity and change in ways that we need it."

It's been a goal of the Fern Creek High School alumnus ever since becoming a pro. He's spearheaded the Jamon Brown Foundation, which aims "to impact the lives of those struggling with poverty, violence, and youth homelessness, to improve upon the education and healthy living issues that are typically prevalent in at-risk areas, while influencing others to do the same."

Most recently, Brown received ESPN Louisville’s ESPY Humanitarian Hometown Hero award for his work in the community last year. He's worked with the Coalition for the Homeless, started a fundraiser for those impacted by the COVID-19 pandemic and more.

"Football was my legacy," Brown said. "But it's not anything that I can pass to my son or anything anyone else could really grab ahold of and use for their benefit. That's where the opportunity to shift out of that and then leave significance for other people's lives became more interesting to me."

His next step in doing that is opening what he calls an empowerment center in the West End. Brown's foundation is partnering with Russell: A Place of Promise and Cities United to build the facility that will feature educational, recreational and professional resources for those in need.

"There's a lot of tradition that goes on down there," Brown said. "The things that really trigger me about that is the lack of light. When I look in that neighborhood, there's not a movie theater. There's not a skating rink. There's not different luxuries that you see in other parts of the community."

Brown grew up on 39th Street with his mother and two siblings. While walking down the street and showing it to WHAS11, many memories rush back to his mind: being chased by dogs through a couple of alleys, needing to print Dragon Ball Z pictures off at the nearby Shawnee Library because he didn't have a color printer and throwing lackluster progress reports in a neighbor's yard to hide them from his family.

"I don't know mom, I didn't get mine," Brown recalled with a laugh. "My brother got his, my sister got hers. But for some reason, our class didn't get ours."

When Brown visited with WHAS11, he was stopped by a man asking who he was. After explaining his transition from the NFL to retirement, Brown was asked for help.

Brown understood, giving the man his phone number. He said he wants more people to come and take that walk around his neighborhood to see what he sees: people who take pride in their home and what needs to be done to help them.

"There is friendliness, there is camaraderie," Brown said. "But the necessities that are really needed to help the community flourish are what's lacking."

It brings him back to that quote sticking in his head: "No one man is an island. So you must draw your strength from others." As he enters this next phase of his life, Brown is acting to demonstrate what it means.

"Build the team that you have now," Brown said. "And that's what I have. That's what helped me feel confident in transitioning and walking away from football."