The Saints quarterback was sacked and landed on by Kentavius Street of the 49ers. He went back in the game and finished the half, but didn't play afterward. 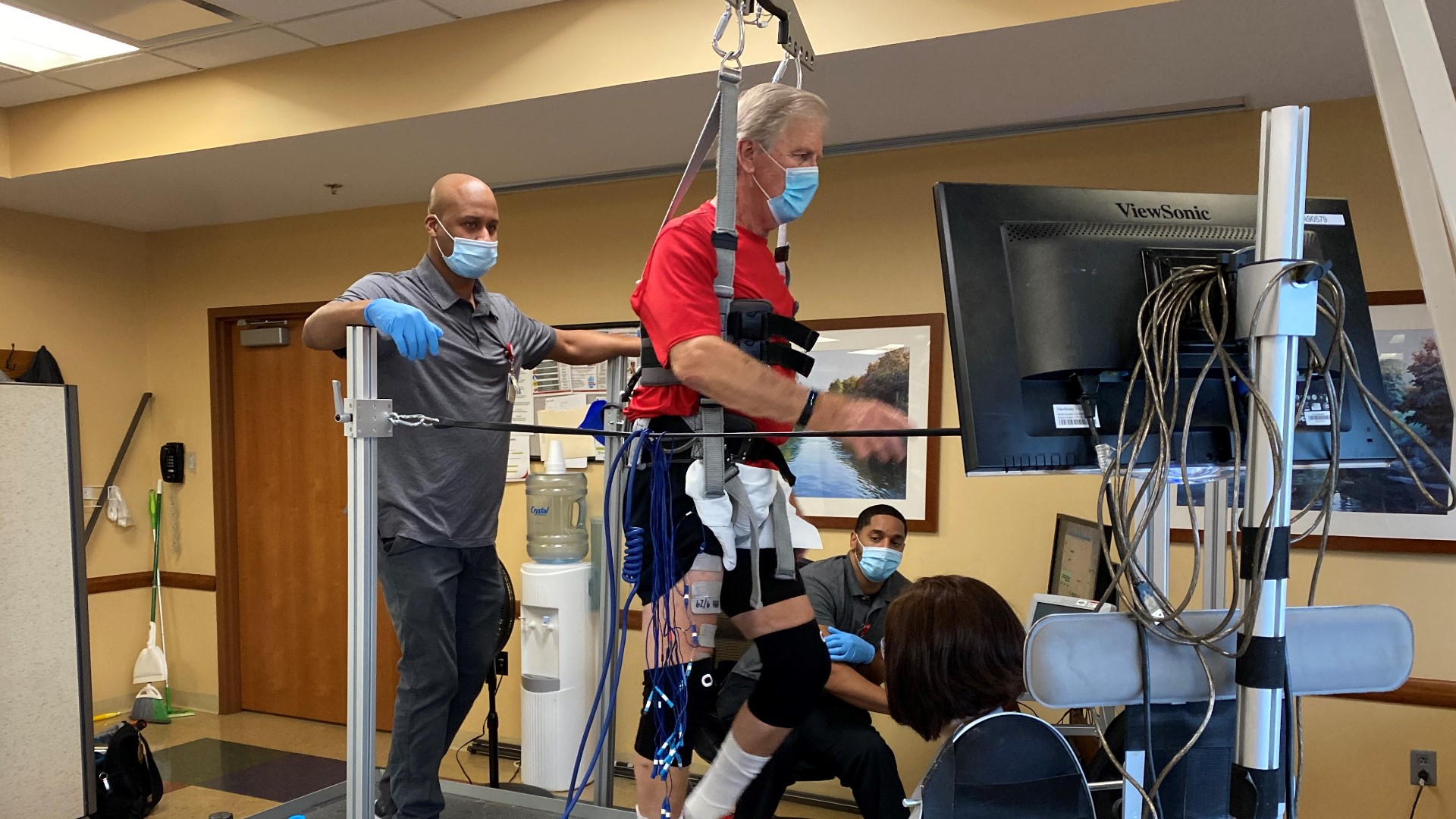 A quiet and reflective Drew Brees met with the media after the Saints win over San Francisco Sunday. It was a game that Brees didn't return to in the second half.

Brees was sacked by 49ers defensive lineman Kentavius Street who landed on Brees with all 280 pounds of his body weight. The quarterback looked stunned after the sack, which was flagged by officials as roughing the passer, a call that was questioned by game announcers and several on social media.

After the game head coach Sean Payton said Brees would undergo x-rays and an MRI on Monday to determine the extent of the injury.

Taysom Hill came in to take two snaps after that, but Brees returned to hand off to Alvin Kamara for a touchdown.

He also led a two-minute drive that ended in a touchdown pass to Kamara right before the half. On that play Brees bobbled the ball but picked it back up and hit a wide open Kamara. Brees completed a handful of short passes on the drive, but didn't return after halftime.

Here is what Brees had to say about the injury after the game.  Text is below Twitter clip.

Here's a clip of Drew Brees describing his injury.

He didn't have a ton to share, but answered everyone's questions despite being pretty clearly upset/frustrated. #Saints pic.twitter.com/OqmrR28kEg

“I was not going to be able to be effective.”

When did you realize it? At halftime?

“You always worry about halftime because you sit for so long. When I came out in the second half and began throwing the ball, it was apparent I wasn’t going to be effective.”

What was the last 8 minutes like for you. How tough was that?

“That’s part of the game. Trying to take advantage of the opportunities we had. Just doing whatever we could to try to get the lead before halftime. Obviously we didn’t play well offensively in that first half. The first quarter, I think we had 3 plays. We had a three and out and another three and out to start the second quarter. It didn’t start well for us, but our defense stepped up and played fantastic from the second quarter on.”

Do you expect this injury to effect you this week? Is it short term, long term?

“I’m just taking it one day at a time. I’ve done that this entire season and I’m going to continue to do that. I’m not sure what tomorrow holds, but you know I’m going to do everything I can to be as effective as I can next week.”

Sean said your injury didn’t get better at halftime. Was it stiffening up? Cramping up?

“That’s a good way to put it. I can’t really describe it other than it was preventing me from doing my job.”

You said it wasn’t about pain, but are you in serious pain right now?

“I wouldn’t call it that, but it’s something that needs to be dealt with now.

It was described as a rib injury, is that correct?

“Yeah and I mean it’s a cumulative thing. Probably not just one.”

When you played through it at the end of the first half, you just felt a little more comfortable or were you even questionable to do that.

“I actually felt terrible before the two-minute drive, but, had to find a way.”

Can you tell us a little of the hit on which you were injured. They were flagged for it, was it your impression that it was a foul. And, it sounds like you don’t believe it will be a long term thing?

“Nothing is a long-term thing. It’s just a matter of how long it’s going to be. And, honestly I really don’t know. It’s not something quite to this extent that I’ve experienced. I’m just going to take it one day at a time. The hit itself, I heard the official say that by rule, he drove me to the ground and that’ll bring a flag.”