The large amount of Cleveland fans in attendance broke out into cheers and chants. 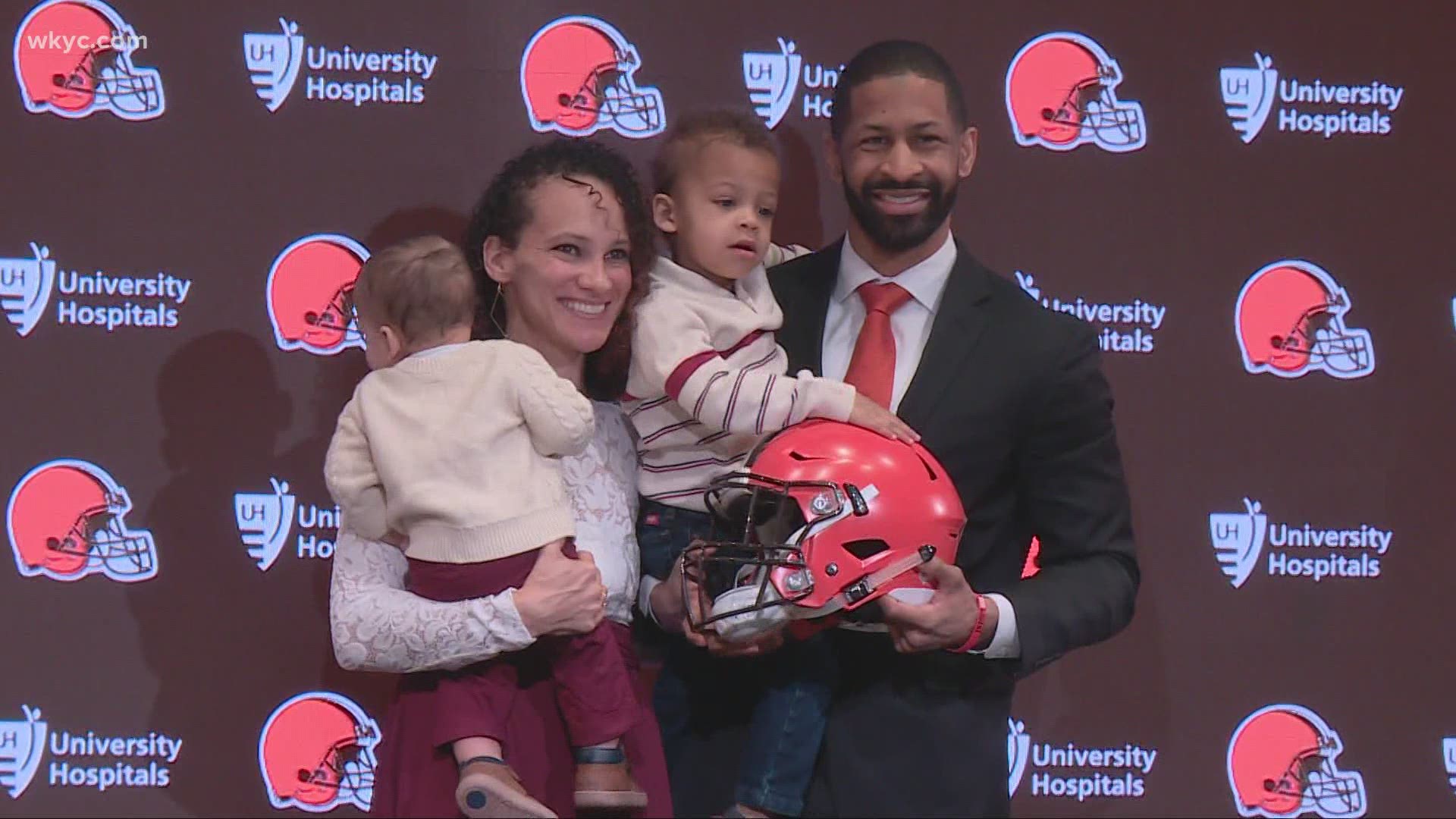 CLEVELAND — Normally, NFL Commissioner Roger Goodell is greeted by loud boos whenever he opens the annual draft. That didn't happen on this night, although it may have been because he had a little help.

Boos quickly turned to cheers Thursday night when Goodell took the main draft stage with Browns receiver Jarvis Landry along with team legends Bernie Kosar and Joe Thomas. With the draft being held in Cleveland, the crowd erupted, and even broke out into chants of "Here we go, Brownies, here we go!" and "Bernie! Bernie!"

WATCH LIVE: Ultimate Draft HQ Show: Follow all the action of the 2021 NFL Draft in Cleveland

"I have a few friends with me," Goodell joked before introducing the beloved sports figures.

Two of the three players are firmly entrenched in the Browns' rich draft history: Kosar deliberately avoided the 1985 draft so his hometown team could take him with the No. 1 supplemental pick, while the future Hall of Famer Thomas went No. 3 overall in 2007. Landry was acquired via trade in 2018, but has quickly become a fan favorite and team leader.

"How bout them Brownies, huh?!" Thomas asked the jubilant spectators before leading them in chants. "How bout this night, Cleveland?"

LIVE BLOG: Full coverage of the 2021 NFL Draft in Cleveland

The Browns are due to draft 26th overall, with East Cleveland Shaw senior Maya Tomoto set to announce the pick.