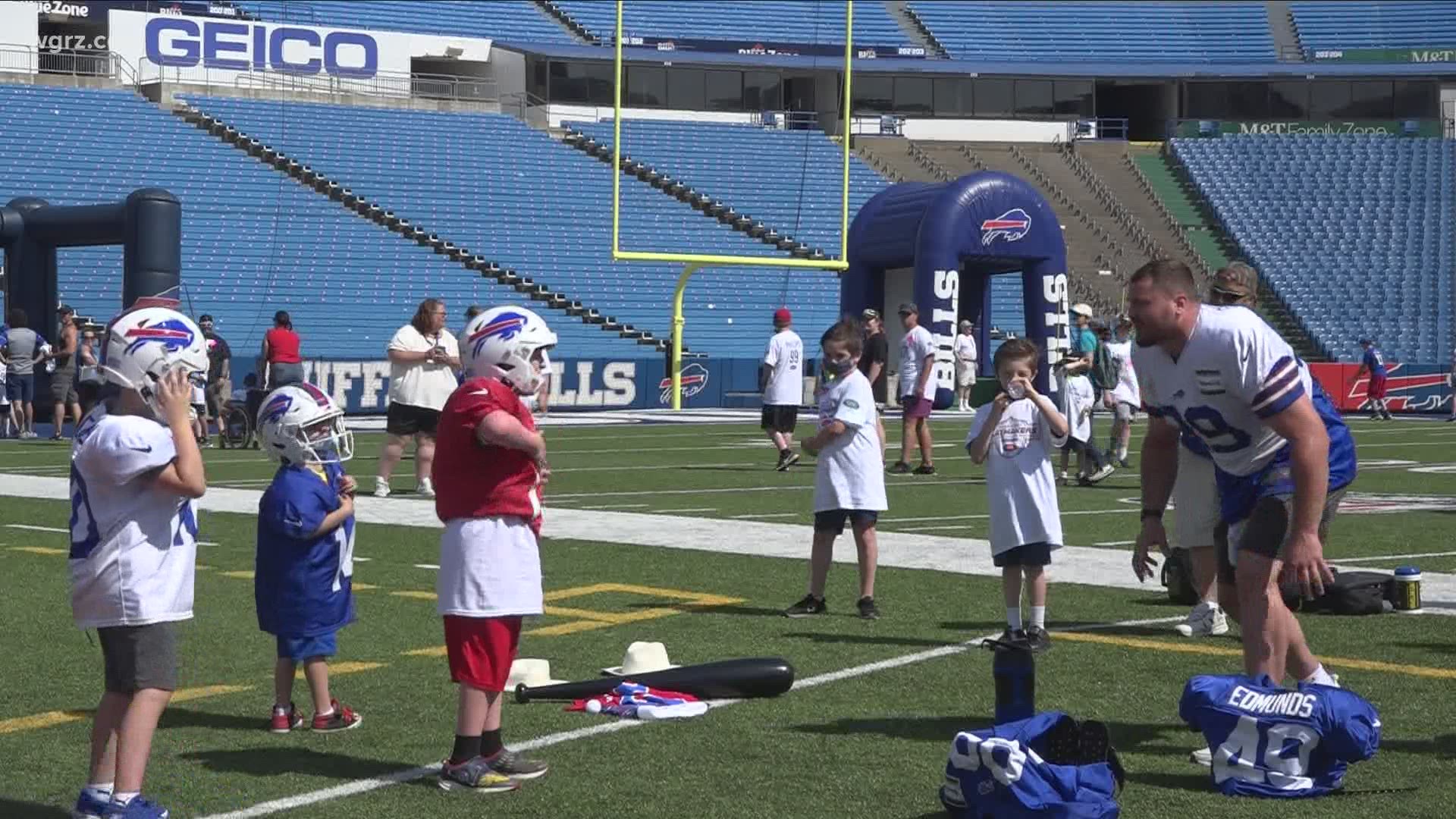 ORCHARD PARK, N.Y. — Saturday morning at Highmark Stadium was nothing but fun, with hundreds of people showing up to take part in Harrison Phillips' Playmakers camp for kids with developmental differences and special needs.

The Playmakers crew includes kids who are calm and collected under the direction of NFL Hall of Famer quarterback Jim Kelly, who manned one of the passing drill stations.

Kelly cheered as he watched the young athletes succeed when passing the football into one of the three nets, and he encouraged them when they missed.

The young athletes were encouraged by Kelly, and then a surprise appearance from the Bills' current quarterback, Josh Allen.

"I can't even put into words for him to be able to come down and hang out for a day to speak to these kids," Phillips said about his quarterback on Saturday.

At different drill stations around the field, the young Bills fans had chances to show off their training, particularly their moves in the end zone drills, followed by their dance moves.

"Seeing their dance moves from Fortnight and wherever else, I was just trying to, you know, keep up with them and a lot of them dance better than I do," Bills tight end Reggie Gilliam said.

As many dance moves there were at Highmark Stadium on Saturday morning during the Playmakers camp, they were superseded by the number of laughs and smiles of everyone inside.

The Bills once again made a difference on their home turf, and the score didn't matter this time.

Nothing quite like getting coached up by Jim Kelly at Harrison Phillips’ Playmakers camp. @WGRZ #Bills pic.twitter.com/65J7ylBjcz