The Bills are under contract to remain at Highmark Stadium in Orchard Park through at least 2023. The stadium opened its doors in 1973. 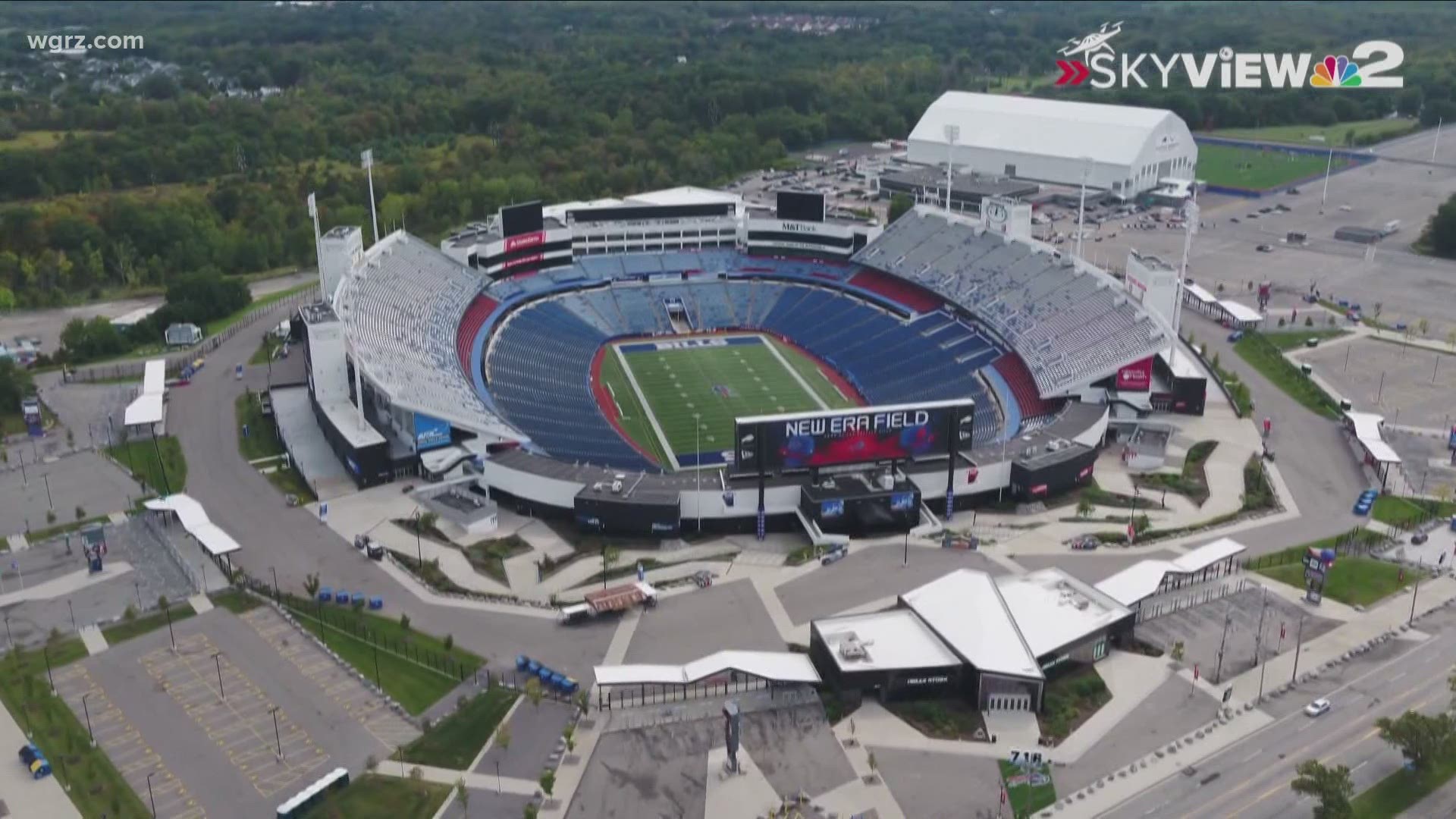 ORCHARD PARK, N.Y. — WGRZ has been able to independently confirm a report in VenuesNow.com, stating that the Buffalo Bills would prefer to build a new stadium as opposed to renovating their current stadium in Orchard Park.

2 On Your Side reached out to Pegula Sports and Entertainment, which did not comment on the report.

The report says the Bills have hired Legends Global Sales, a sports agency that is co-owned by Jerry Jones of the Dallas Cowboys. VenuesNow.com said it also did not receive a comment from Pegula Sports and Entertainment.

"The Buffalo Bills need a new stadium. I mean, if anybody keeps trying to kick the can down the road, it's really not a solution," said Marc Ganis of SportsCorp Ltd.

Ganis is an industry expert who has worked on more than two dozen successful sports facility projects similar to this one. Heinz Field in Pittsburgh is just one example.

"They are arguably the best firm to handle this for the Bills," Ganis said of Legends Global Sales, the company reported to be partnering with the Bills.

A few of their recent projects include SoFi Stadium, home of the Los Angeles Chargers, which cost over $5 billion, and the $1.5 billion Allegiant Stadium in Las Vegas.

While Ganis doesn't believe these "palaces" for football, a term used by Terry Pegula in a 2019 interview with 2 On Your Side, will be matched in Buffalo, Ganis does expect a big project.

"Where it goes, what the design of it is, dome, retractable dome, those are all issues to be decided, hopefully jointly, between the Bills and the local officials and the state officials," he said.

The Bills are under contract to remain at Highmark Stadium in Orchard Park through at least 2023. That much was decided after the Bills chose not to early-terminate its lease, a decision that had to be made by February 28, 2020.

In late May, the Bills said representatives from Pegula Sports and Entertainment met with officials from both New York State and Erie County to discuss future projects in Western New York.

According to the Bills, the meeting was held at Highmark Stadium in Orchard Park to "outline a plan based on the independent study the organization conducted with regard to the future stadium and arena projects in Western New York."

The Bills had conducted an independent market study gauging, among other things, what fans preferred and would be willing to pay for.

Ganis said like other new stadiums, private seat licenses (PSLs) and other methods could be used and adapted for the Buffalo market, similar to what was done in Pittsburgh.

"So that it's not pulling teeth, so it isn't people having to mortgage their homes in order to buy Buffalo Bills tickets, and those are some of the studies that if they haven't already been done by the Pegulas, I assure you they will be done shortly," Ganis said.

Back in 2018, Pegula Sports and Entertainment hired a company to help them determine the best options for the Bills' stadium moving forward, as well as potential renovations for the KeyBank Center, where the Sabres and Bandits play.

The Bills have called their current stadium home since 1973. In March, it was renamed Highmark Stadium.

2 On Your Side reached out to Erie County officials, who hold the lease.  They did not want to comment but did say the county was not involved in hiring the group and referred questions to the Pegulas and Buffalo Bills.