Brown denies the claims in the lawsuit. 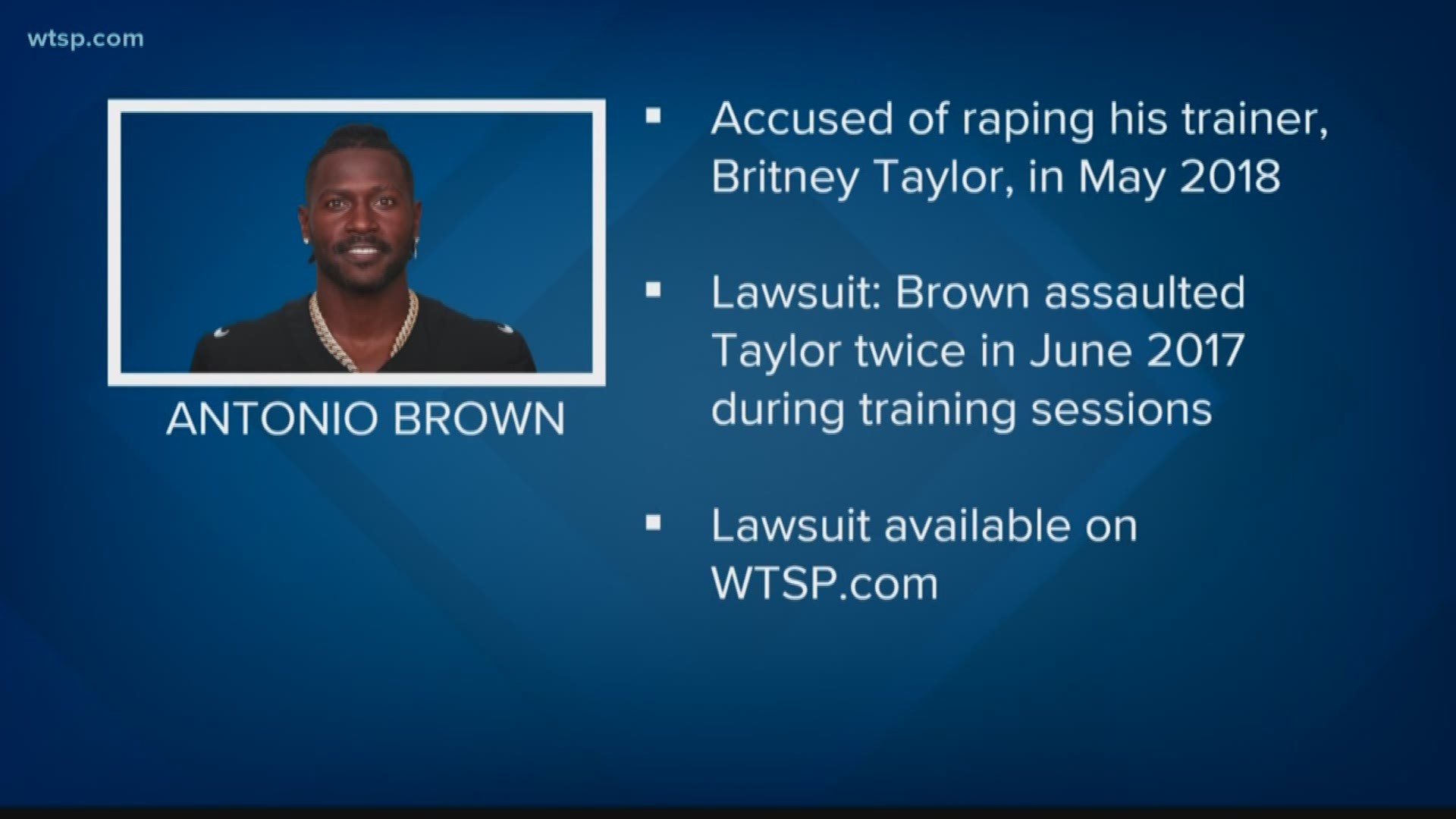 ST. PETERSBURG, Fla. — NFL star Antonio Brown, who recently signed with the New England Patriots, is accused of sexually assaulting and raping his former trainer, according to a lawsuit filed Tuesday.

The federal suit entered in the Southern District of Florida alleges Brown, 31, raped 28-year-old Britney Taylor in May 2018 after a night at a club in Miami. According to the suit, Taylor pleaded with him to stop, but he allegedly pinned her down so she could not fight back.

The lawsuit also claims Brown assaulted Taylor twice in June 2017 during training sessions. He is accused of exposing himself and kissing Taylor without her consent in one instance; and in another, the lawsuit claims he committed a sexual act without her knowledge.

The details of alleged incidents are graphic in nature.

Through a law firm, Brown denied the allegations.

Brown's attorney claims the pair engaged in a "consensual" relationship. According to the wide receiver's lawyer, Darren Heitner, Taylor traveled to see Brown 10 days after the alleged assault.

Brown and Taylor, a gymnast, reportedly met each other while attending Central Michigan University.

Over the weekend, Brown was the source of much drama in the lead up to being released by the Oakland Raiders. He publicly aired his grievances against the team and was upset about a fine over an outburst at practice at General Manager Mike Mayock.

It all came a day after Brown returned to the Raiders following a one-day suspension and a public apology. Hours after being released from the team, he signed with the New England Patriots in a deal worth $9 million this season, with the potential to earn as much as $15 million.

"We are aware of the civil lawsuit that was filed earlier today against Antonio Brown, as well as the response by Antonio’s representatives. We take these allegations very seriously. Under no circumstance does this organization condone sexual violence or assault. The league has informed us that they will be investigating. We will have no further comment while that investigation takes place."

In a statement, Taylor said she's speaking publicly to "remove the shame" and place it "on the person responsible for my rape."

"As a rape victim of Antonio Brown, deciding to speak out has been an incredibly difficult decision. I have found strength in my faith, my family, and from the accounts of other survivors of sexual assault," the statement reads, in part.

Taylor said she would cooperate with the NFL and any other agencies that look into the matter.

"Mr. Brown denies each and every allegation in the lawsuit," Brown's legal team wrote in a statement. "He will pursue all legal remedies to not only clear his name, but to also protect other professional athletes against false accusations."

Click here to read the full statement from Brown's side.

Click here to read the full lawsuit from Taylor's side.