School leaders said they anticipate allowing up to 18,000 fans per game within 60,800-seat Cardinal Stadium. 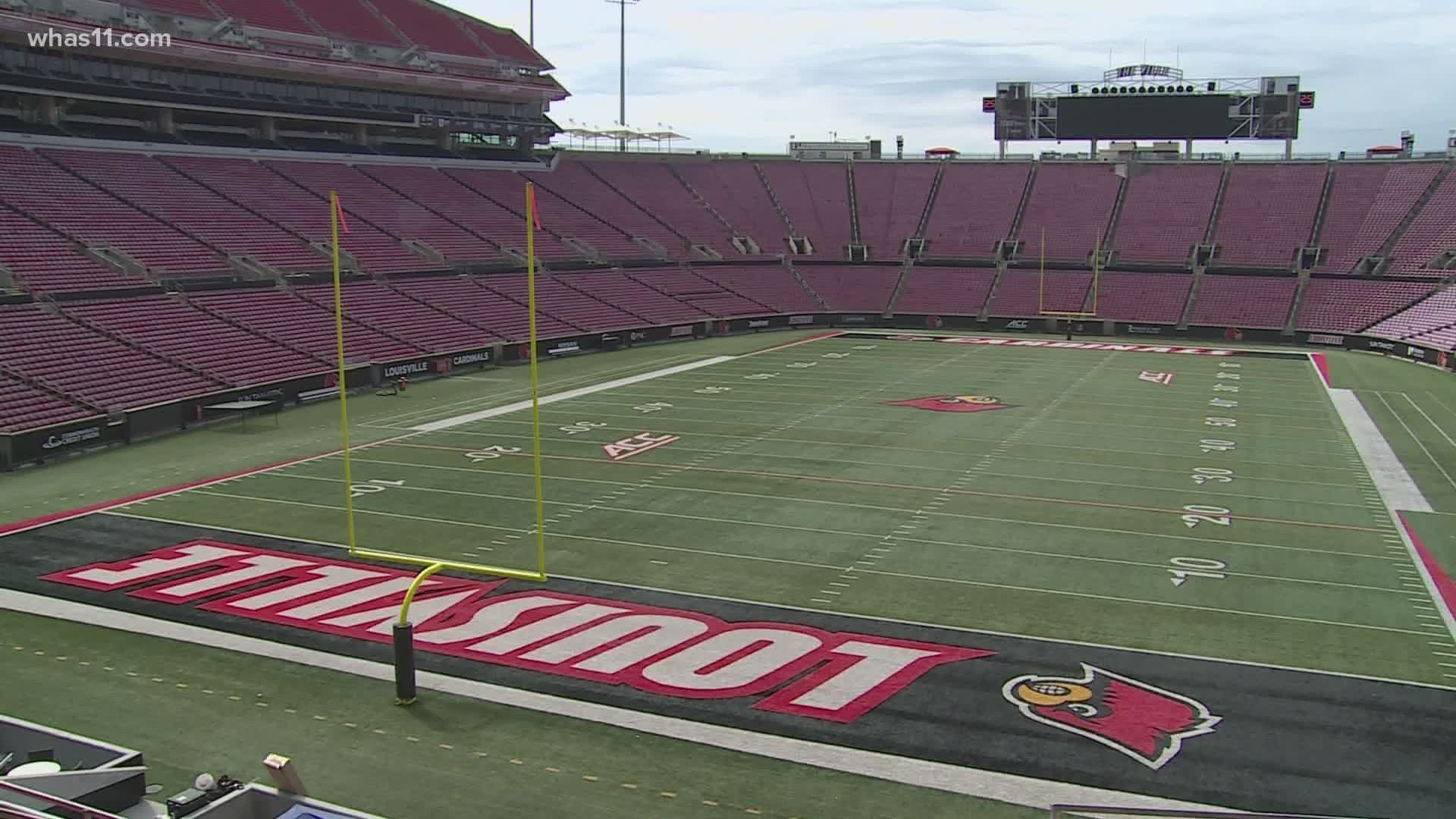 The University of Louisville released its seating plans for home games, announcing Cardinal Stadium will have a capacity of around 30% due to COVID-19 restrictions.

To allow all season ticket holders the opportunity to attend games with the limited capacity, UofL said they will be reaching out to all fans with information reflecting their individual status and options.

The plan was put in place after the Atlantic Coast Conference announced it was moving forward with plans to play football. As announced in July, ACC teams will play a 10-game conference schedule with one non-conference opponent allowed.

School leaders say they're collaborating with the governor’s office and others to create a safe, flexible ticketing and operation plan for fans.

With the football season set to kick off on Sept. 12 against Western Kentucky, UofL wanted to get the process for fan seating with season ticket holders announced.

UofL says it anticipates allowing up to 18,000 fans per game within 60,800-seat Cardinal Stadium. The school says the plan is subject to change with the fluidity of the landscape.

Safety measures will be in place, they include:

All ticketing for the season will be digital. See a full list of stadium safety measures specific to 2020 here.

Ticketing information may be viewed online.

For those individuals in which their full allotment of tickets cannot be realized due to the limited seating capacity, fans will have an opportunity to provide critical support for over 700 student-athletes by opting to transfer their remaining balance into a tax-deductible gift. Cardinal Athletic Fund Priority Points will be doubled for these gifts. Information on donations to the Cardinal Athletic Fund is available.