The rise and fall of Bobby Petrino at Louisville 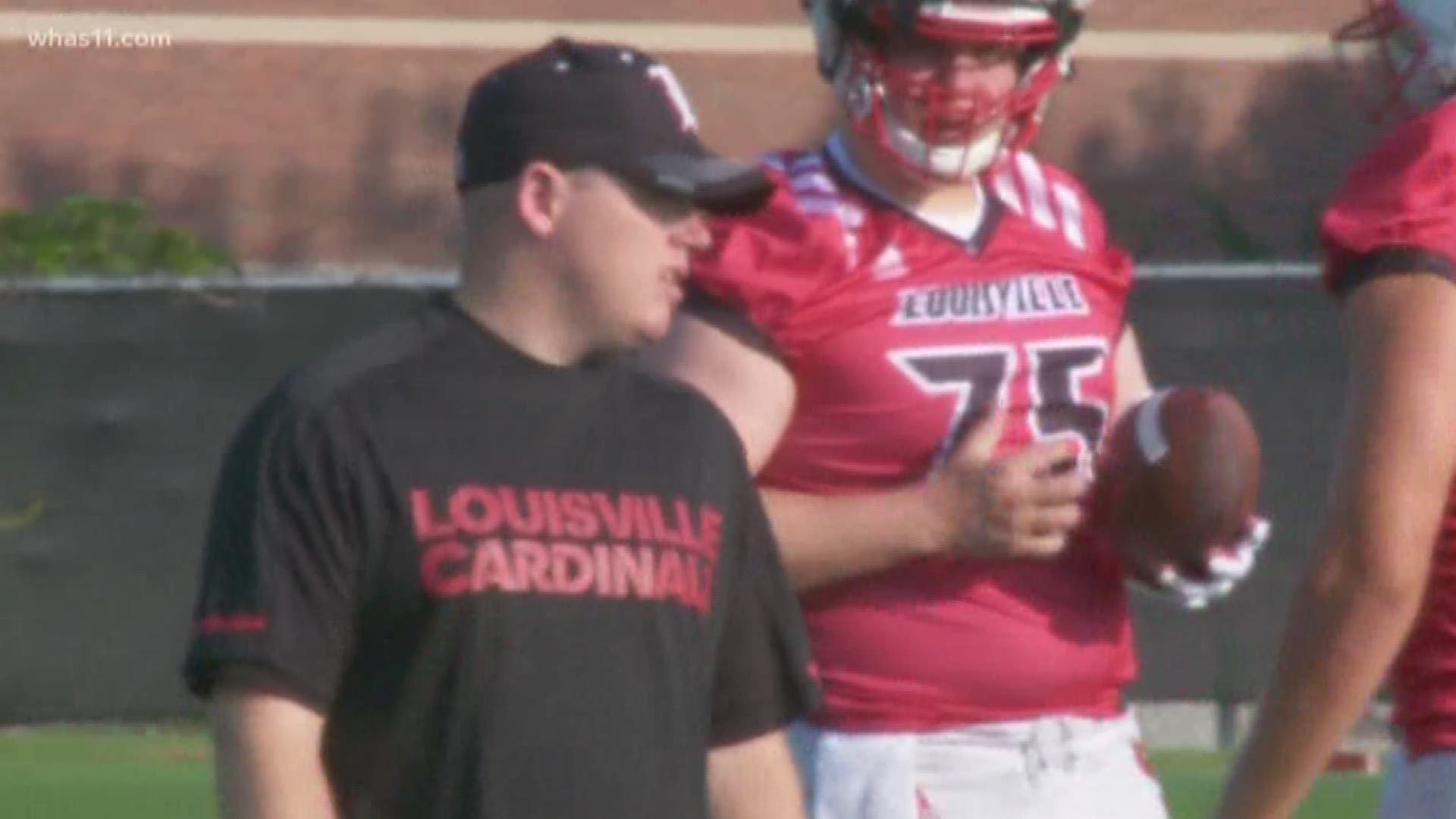 LOUISVILLE, Ky. (WHAS11) — Bobby Petrino and the University of Louisville's tumultuous relationship has come to an end 20 years after he first stepped foot on campus as an offensive coordinator.

From being a powerhouse in 2006 to losing every conference game in 2018, the Cardinals have experienced it all under Petrino's leadership.

Petrino first came to Louisville in 1998, running the offense for coach John L. Smith, now head coach at Kentucky State University. In his one season as offensive coordinator, the Cardinals went 7-5, winning six more games than the previous season.

He would spend his next three seasons in the NFL, his last as offensive coordinator for the 6-10 Jacksonville Jaguars, before returning to Louisville — only this time replacing Smith as head coach.

The Making of a Powerhouse

During Petrino's first stint as head coach, the Cardinals rose to national prominence and transitioned into the Big East, then a power conference. In 2006, Louisville went 12-1, ending the season ranked fifth in the nation and defeating Wake Forest in the Orange Bowl.

The team's rise to the top was impressive, and the university paid Petrino greatly. Before the 2006 season, Petrino signed a 10-year, $25.6 million contract.

When the season ended, hopes for the team were as high as ever.

Petrino signed a five-year deal with the Atlanta Falcons, leaving the Cardinals in the dust for what he thought was a better gig. Instead, the years between his first and second stints at Louisville were plagued with drama.

From announcing his resignation to Falcons players with a four-sentence laminated note to being fired at the University of Arkansas for having an affair with his 25-year-old student-athlete development coordinator and lying about it to university officials, Petrino's misadventures were highly publicized.

Meanwhile, the Cardinals spent years rebuilding. Louisville hired Steve Kragthorpe, who did not a season record over .500 in his three-year tenure, before finding Charlie Strong. Strong brought Louisville back into the spotlight, defeating the 11-1 Florida Gators in the 2013 Sugar Bowl.

When Strong left for Texas after the 2013 season, Louisville needed a new coach. After drama made him an unwanted candidate for top jobs, Petrino was stuck trying to build his way back to the top down the road at Western Kentucky University.

Tom Jurich, the former U of L athletic director whom Petrino called a close friend, decided to rehire Petrino for a second stint despite his tainted past.

Jurich's risk worked in the short term. In 2014, the Cardinals ended the season 9-4. Then, Heisman trophy winner Lamar Jackson brought touchdowns and trophies during his three seasons. Still, no season saw the kind of success Petrino left in 2006.

That separation could be due to several factors; the team now plays in the ACC against tough competition like Clemson and Florida State, Petrino's previous assistant coaches had moved on and Petrino had a different staff.

With a new defensive coordinator, and no more Jackson, the 2018 Cards looked lost, and Petrino looked like had no answers. And some fans began to believe Petrino did not want to have the answers. After Jurich and Pitino's firing, some speculated that Petrino wanted a way out.

If he wanted out, he got his wish. Athletic Director Vince Tryra announced that Petrino had been dismissed, and his son, sons-in-law and director of operations were also leaving as well.

Now, Tyra is searching for a new coach — a coach that he said he wants to represents the university and its culture in the same way new basketball coach Chris Mack does. At the top of the betting pool are Jeff Brohm, Chip Long and even Charlie Strong, all coaches with ties to the university. No matter what happens, though, I think we can all agree Petrino will not be back for a third stint in the future.

MORE | Who will be the next Louisville head coach?