Durr provided Louisville's initial boost with 16 first-half points, while Carter added 12. The margin quickly reached 40 in the third quarter as the Cardinals hit the century mark for the second game in a row. 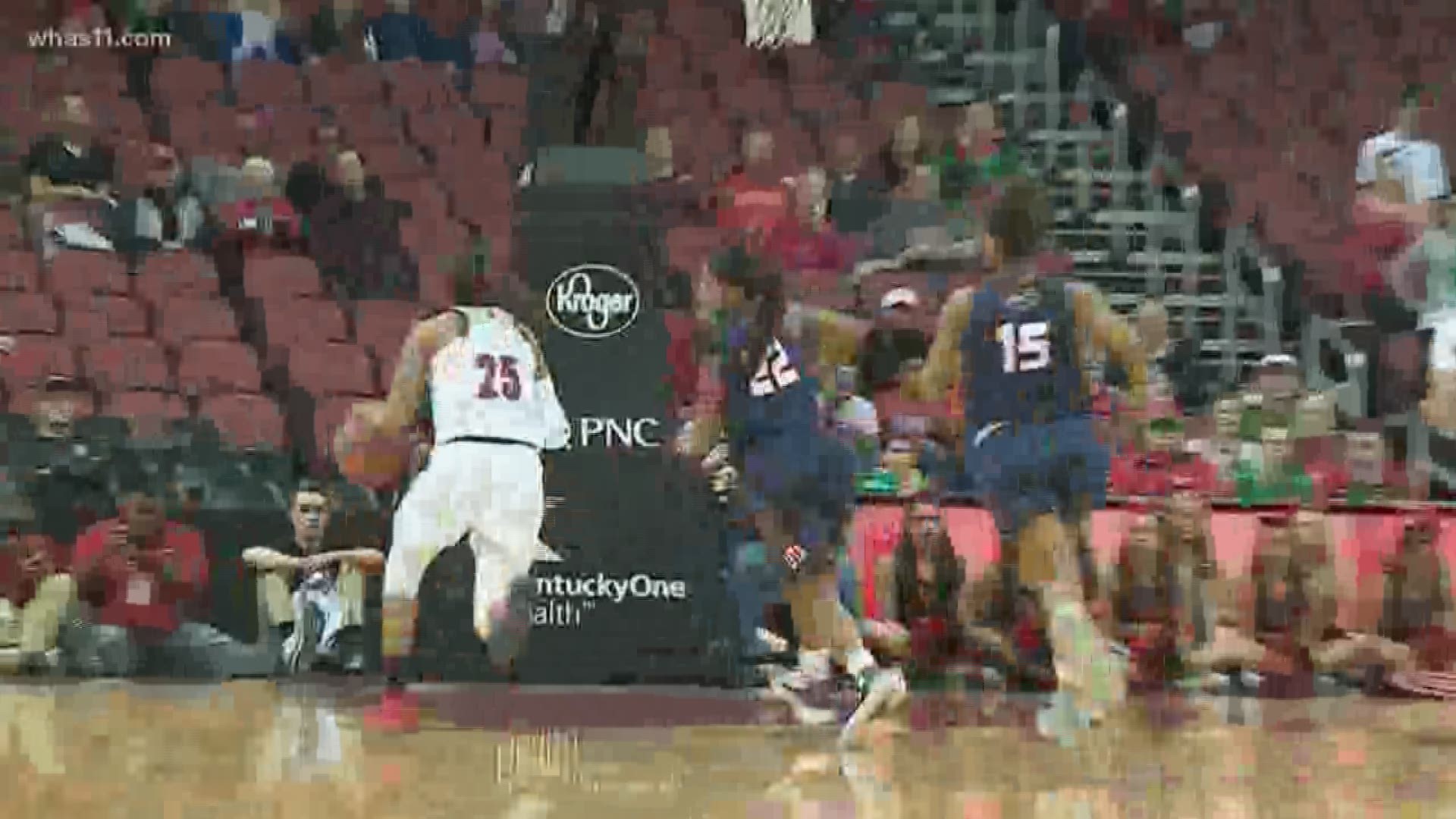 The Cardinals (9-0) picked up where they left off from Sunday's 107-52 shellacking of Tennessee State, leading 58-23 at halftime behind intense play on both ends. Louisville didn't let up and finished shooting 53 percent from the field while holding the Skyhawks (5-3) to 33 percent from the floor. The Cardinals also forced 27 turnovers for 24 points.

Durr provided Louisville's initial boost with 16 first-half points, while Carter added 12. The margin quickly reached 40 in the third quarter as the Cardinals hit the century mark for the second game in a row.

Sam Fuehring had 10 rebounds and nine points, Bionca Dunham scored 14 and Dana Evans 11 as Louisville improved to 8-0 against UT Martin.

Chelsea Perry had 12 points and eight rebounds for UT Martin, which had won two of three coming in.

Louisville's ranking won't be threatened until it faces unbeaten Kentucky on Sunday.

UT Martin: The Skyhawks were close for a few minutes before Louisville's pressure and pace quickly built a double-digit deficit that steadily grew larger. They were only outrebounded 45-39, but committed at least 20 turnovers for the third time in four games. That gave the Cardinals too many easy chances.

Louisville: The Cardinals once again clicked in all phases in their final tuneup before facing rival Kentucky. They pushed the pace they wanted and dominated almost every statistical category.

UT Martin visits Lipscomb on Sunday in the first meeting between the schools since 2009. The Skyhawks lead 3-1.

Louisville hosts archrival and No. 19 Kentucky on Sunday, seeking its third straight series victory over the Wildcats.