UofL Men's Basketball on 'the bubble' ahead of NCAA Tournament selection

In ESPN's latest Bracketology, the Cards are slotted as an 11-seed in 'the last four-in' category. 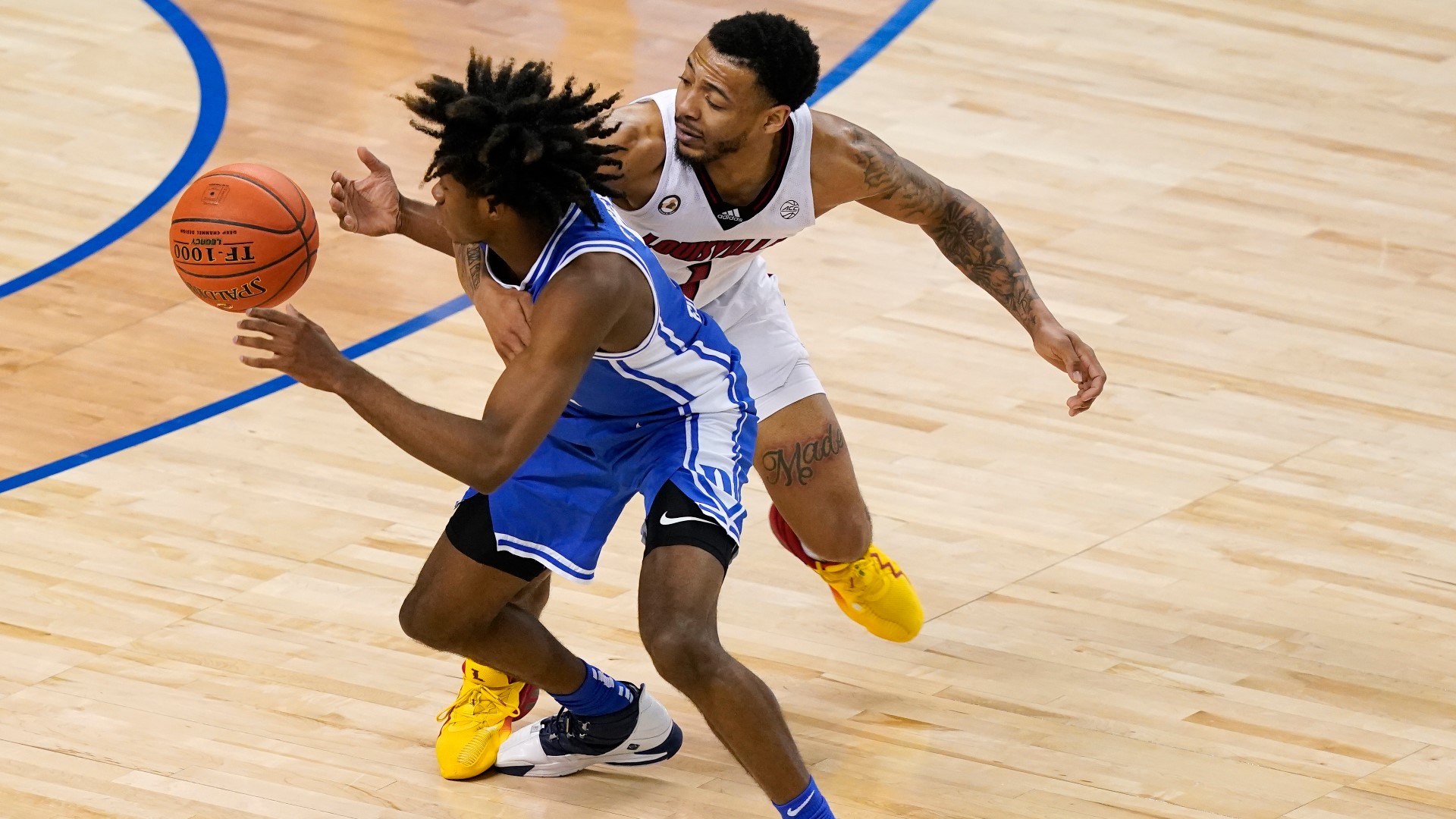 LOUISVILLE, Ky. — March Madness is upon us! On Selection Sunday, the University of Louisville (UofL) Men's Basketball team and the Cardinal faithful are collectively holding their breath as the team is on the 'bubble' for the annual NCAA Tournament.

The Cardinals finished the regular season with a 13-6 record and a 8-5 record in conference. However, UofL dropped their last two games including a lackluster 70-56 second round loss in the Atlantic Coast Conference (ACC) tournament to Duke.

In ESPN's latest 'Bracketology,' college basketball guru, Joe Lunardi, projects the Cards being an 11-seed and being one of the 'Last Four In' teams. In this projection, UofL would play in the round of 68 in one of the play-in games for the tournament.

"I feel like we've done enough, I feel like we have enough there to make a run," UofL Athletic Director Vince Tyra said. "I wish we would have had a lot more practice time, a lot more continuity but injuries and COVID have really challenged our staff and our team to find rhythm."

The Cardinals had a couple of pauses during the season due to positive COVID-19 tests within the program, including a nearly three week pause in February. UofL canceled a total of seven conference games due to the virus.

Following the team's loss to Duke Wednesday, UofL moved to one of the last teams to receive a bye in ESPN's 'Bracketology.' However, after a couple upset wins in other conference tournaments and potential at-large bids being nabbed by the likes of Big East Champs, Georgetown (13-12), and PAC-12 Champs, Oregon State (16-12), the Cards' fate this evening is even murkier.

The Cardinals currently sit at 56 in the NET rankings, the system used to grade team wins on a quadrant scale. UofL is 1-6 in 'Quad 1' games and 6-0 in 'Quad 2' games.