The former All-American and captain of the 1980 National Championship team will work to increase the profile of the university. He begins the role in November. 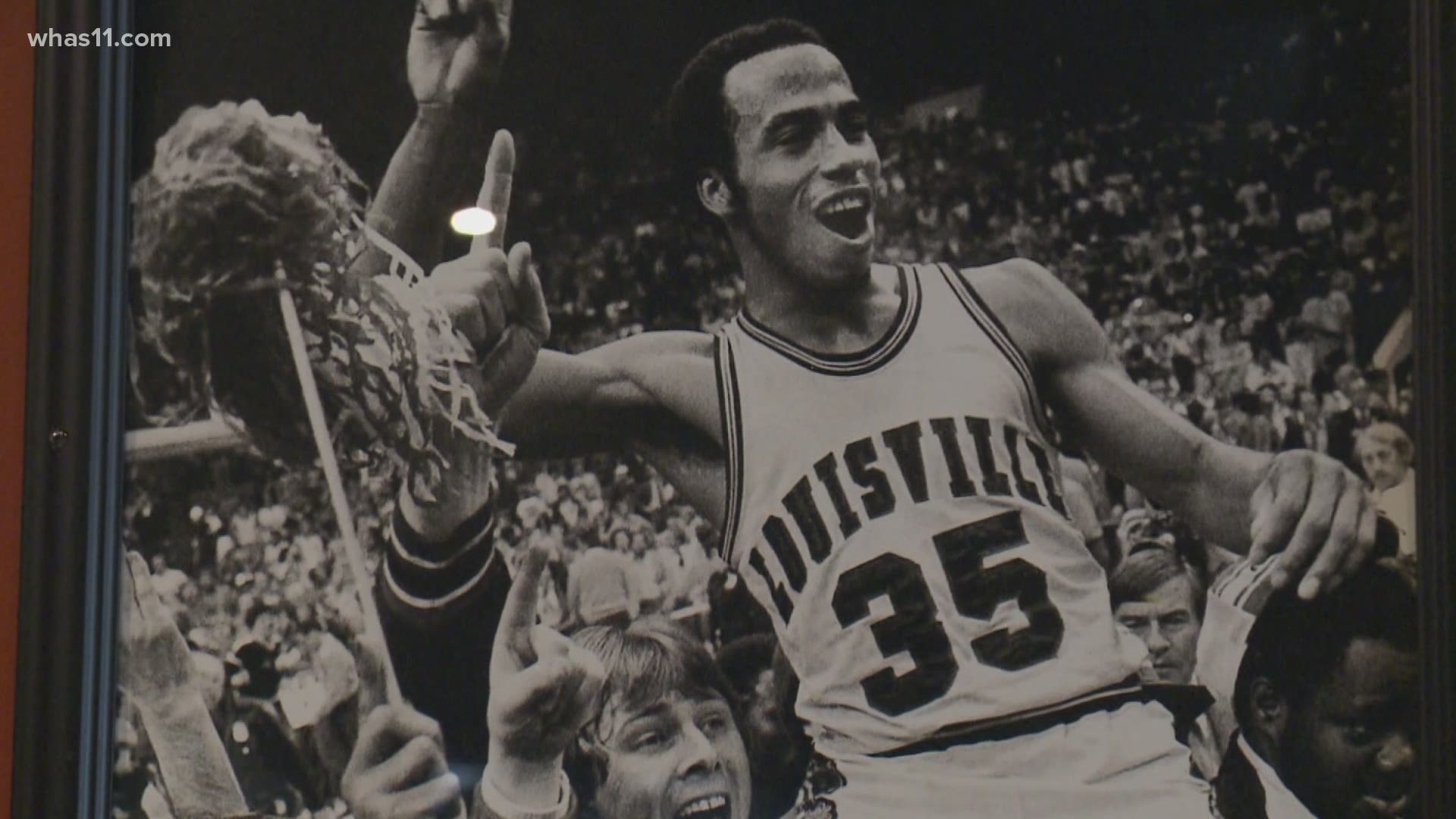 LOUISVILLE, Ky. — According to a release from the University of Louisville (UofL), former Louisville men's basketball All-American and Louisville native, Darrell Griffith has accepted a role as a university ambassador.

In this role, Griffith will work closely with UofL President Neeli Bendapudi to increase the profile of the university and expand relationships in support of the university's strategic plan as well as advancing the school's Cardinal Anti-Racism Agenda.

The announcement comes a week after another former Cardinal All-American, Butch Beard, asked the university to remove his name and accomplishments from the school.

Beard said he felt the school wasn't doing enough to honor the legacy of former Black players and its athletic department had not been committed to hiring or interviewing diverse candidates.

University President Bendapudi said that she and UofL Athletic Director Vince Tyra are committed to changing that narrative.

Griffith will work with the University Advancement office on development and fundraising efforts and as a guest speaker at institutional outreach initiatives and programs throughout the country.

“It feels so great to be working again with the university I love,” said Griffith. “I look forward to reconnecting with so many people in the community and working closely with President Bendapudi to continue to tell UofL’s story and to build relationships on campus and throughout the community.”

The leader of the 1980 National Championship team ended his UofL career being the school's all-time leading scorer with 2,333 points. Best known as "Dr. Dunkenstein," Griffith went on to have a 10-year NBA career with the Utah Jazz earning NBA Rookie of the Year in his first year with the team.

I'm excited to share that @LouisvilleMBB legend Darrell Griffith has returned to @UofL as a university ambassador, working to support our strategic plan and Cardinal Anti-Racism Agenda. He is a dedicated alumnus, successful business leader and mentor and we're lucky to have him! pic.twitter.com/YcRl8tGnFn

The Louisville Male High School returned to his hometown where he established a business career before joining the university as a special assistant to the president in 2017.

“Darrell has instant name recognition among the UofL family, the Louisville community and throughout the nation,” Bendapudi said. “More importantly, he has been an outstanding student, dedicated alumnus, successful business leader and mentor to young people here and beyond. He is a shining example of success, and I am so excited he has returned to help share the UofL story.”

Griffith's first day in the new role will begin in November.