Athletic director Vince Tyra said he and Coach Satterfield spoke on Saturday and he’s assured him that he is moving forward as the school’s head coach. 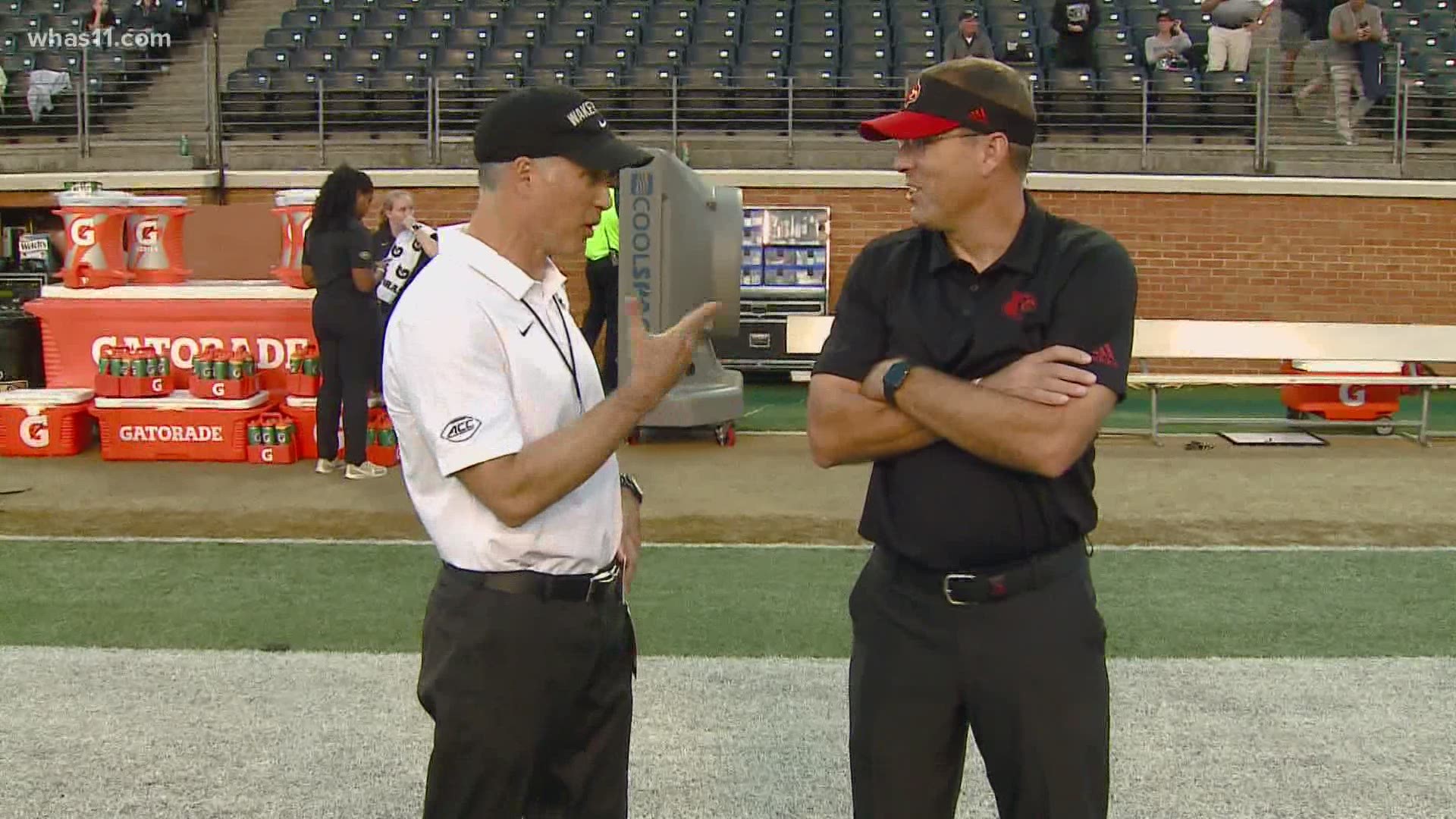 After reports surfaced that Satterfield interviewed with the South Carolina Gamecocks on Friday, he told the Courier-Journal he’s staying at Louisville and has no intentions of leaving.

The second-year head coach, according to the report, wanted to listen to what South Carolina had to say as he said his parents live just two hours from the school.

UofL athletic director Vince Tyra told WHAS11 sports director Kent Spencer that he and Coach Satterfield spoke on Saturday and he’s assured him that he is moving forward as the school’s head coach.

“I feel good about Scott’s abilities as the day we hired him. We have invested a great deal in our facilities, staff and fan experience to put our program in a position for sustained success,” he said. “As a long-time fan and the current AD at Louisville, I understand the history behind our fans’ trust issue with football coaches. Rightly so. I am disappointed that Scott had a conversation with another program, but I’m comfortable that we have an agreeable path forward.”

Satterfield has a six-year contract worth $3.25 million a year with a $5 million buyout.