Louisville's Malik Williams out for 4-6 weeks after reinjuring foot

The Cards co-captain was only able to play three games this season after missing most of Louisville's season due to a fracture in his right foot. 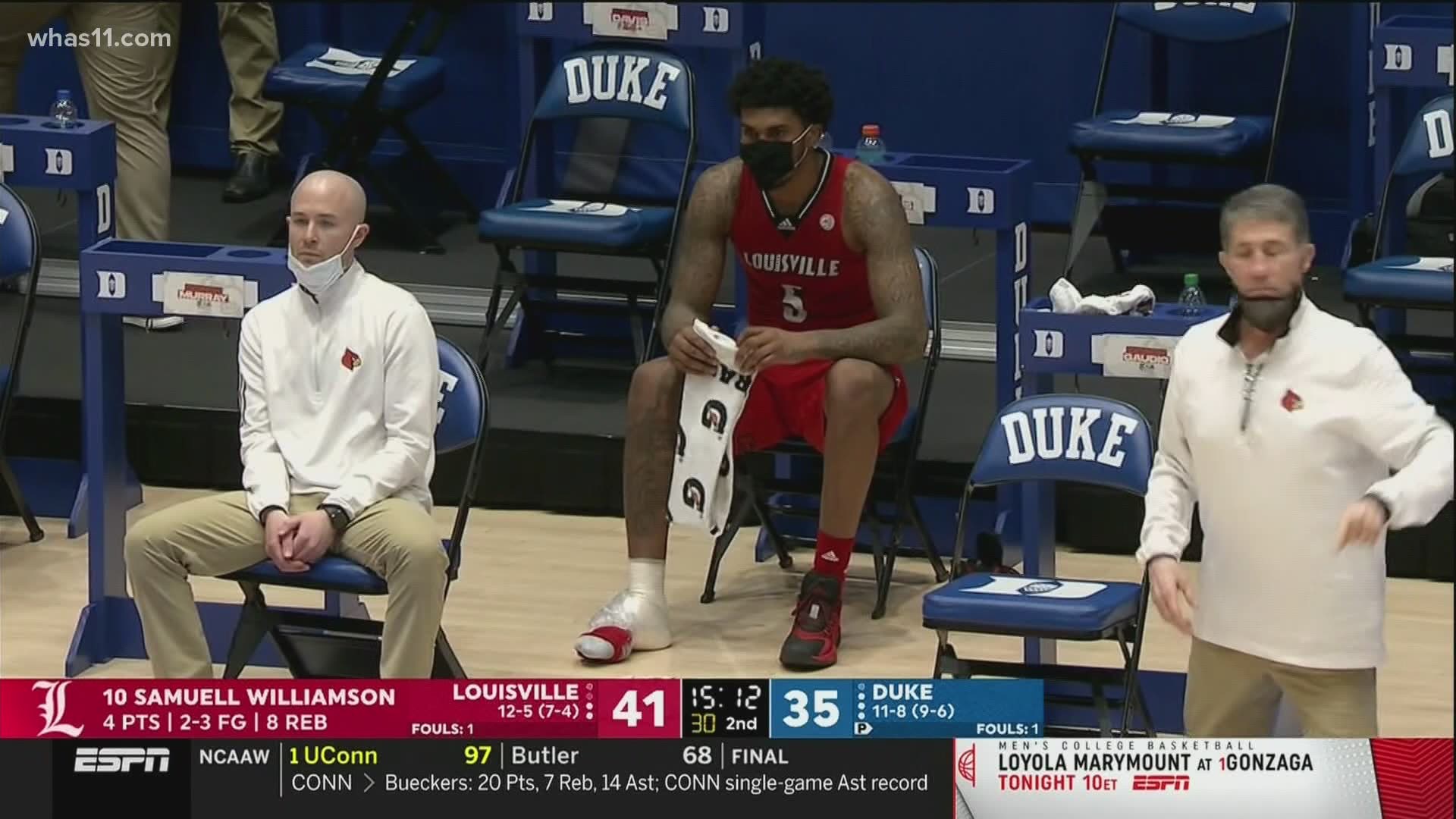 LOUISVILLE, Ky. — After he reinjured his foot in the second half at Duke, the University of Louisville announced senior Malik Williams will be out for 4-6 weeks.

The Cards co-captain was only able to play three games this season after missing most of Louisville's season due to a fracture in his right foot that required surgery. This injury will not require surgery.

Head coach Chris Mack said Williams' attitude was good following the diagnosis, saying he took it better than Mack did.

This is the second consecutive season Williams has been sidelined with injury. In 2019, Williams broke a bone in his right foot during practice, missing the first four games of the 2019-20 season.

Williams finished the 2019-20 season as runner-up in ACC Sixth Man of the Year voting. He was re-elected as a team captain heading into the 2020-21 season.

After working his way back to the court with no physical limitations or discomfort, Williams made his season debut at North Carolina Feb. 20, and started his second game of the year at Duke, scoring five points and grabbing five rebounds before leaving due to injury.

Because of NCAA changes, Williams will have a free year of eligibility if he chooses. He had yet to make a decision to return when he last spoke about the chance before reinjuring his foot.