The USBWA released its 2019-20 Men’s All-District Teams, based on voting from its national membership of 900-plus. 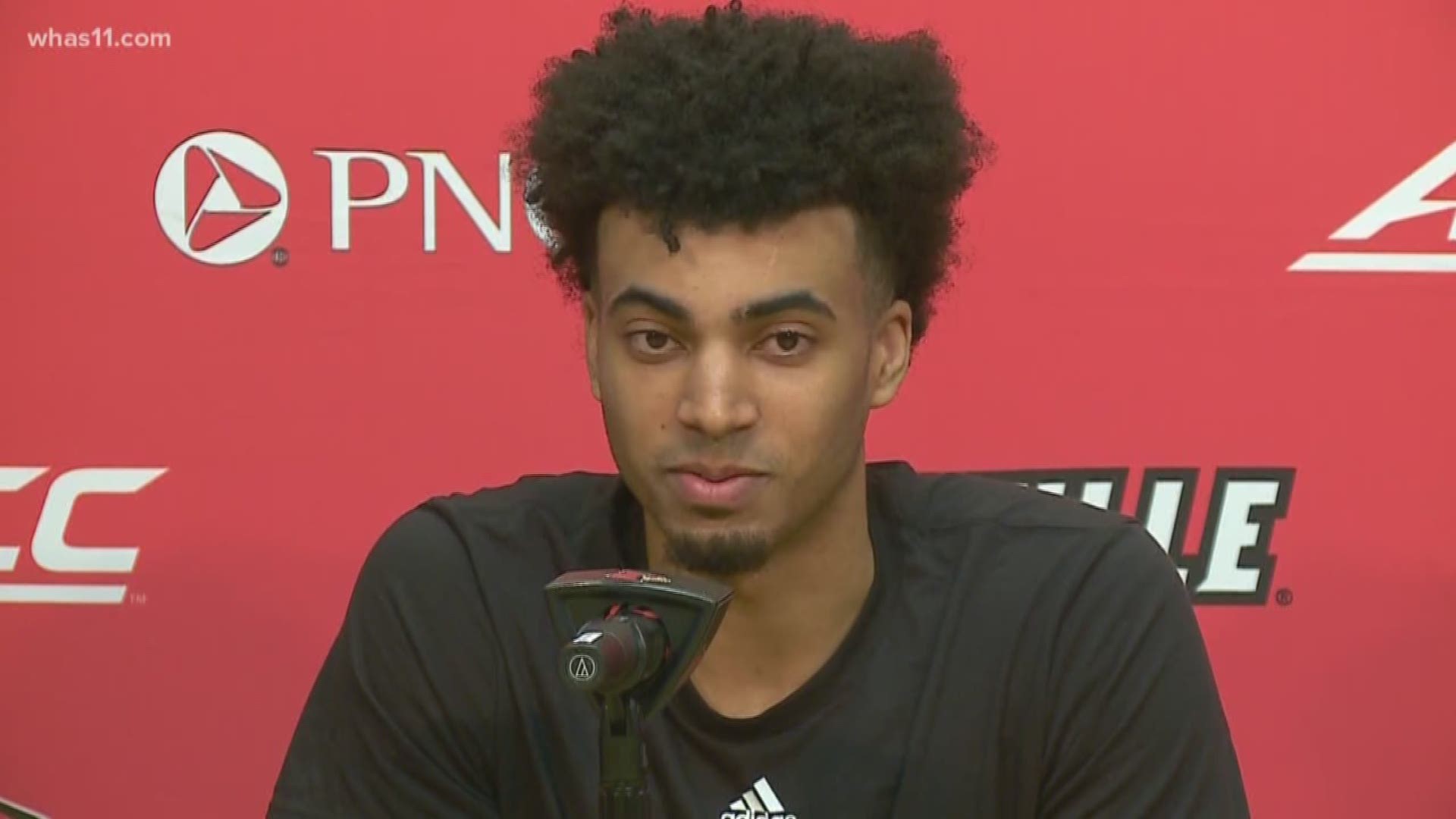 The USBWA released its 2019-20 Men’s All-District Teams, based on voting from its national membership of 900-plus. The USBWA has selected All-District teams since the 1956-57 season, its founding year.

Nwora, who was the second-leading vote-getter in the ACC and finished second in the conference player of the year voting, is only the Cardinals' second All-ACC first team selection in Louisville's six years in the ACC.

Included on the John Wooden Award final ballot for national player of the year, Nwora was a preseason first team Associated Press All-America selection. Nwora is the only player to rank among the ACC's top ten in (18.0 ppg, second in the ACC), rebounding (7.7, 8th), free throw percentage (.813, 4th), field goal percentage (.440, 8th) and three-pointers made per game (2.5, 2nd). Nwora has scored in double figures in 27 games this season and on 67 occasions in his career. The 6-8 junior from Buffalo, N.Y., has seven double-doubles this season and 16 in the last two years, second-best in the ACC.

Nwora scored a career-high 37 points at Boston College, tied for the seventh-most ever scored at Louisville. His 1,294 points to date in three seasons is tied for 31st in career scoring at UofL. He was named to the 2020 CoSIDA Academic All-American basketball team and is on target to graduate this summer in three years with a degree in exercise science. He earned his third straight All-ACC Academic Men's Basketball Team selection last week.

Twenty-four Division I conferences are represented among the 90 players honored by the USBWA. The ACC and Big Ten, each with 11 all-district players, lead all conferences, followed by the SEC with 10. The Big 12, Big East and Pac-12 each have eight players chosen to the various teams. The district players and coaches of the year each come from nine different conferences and there are no repeat selections this season.