ESPN's Joe Lunardi said the Cards could 'easily slide' to one of the last four in bye the end of the week. 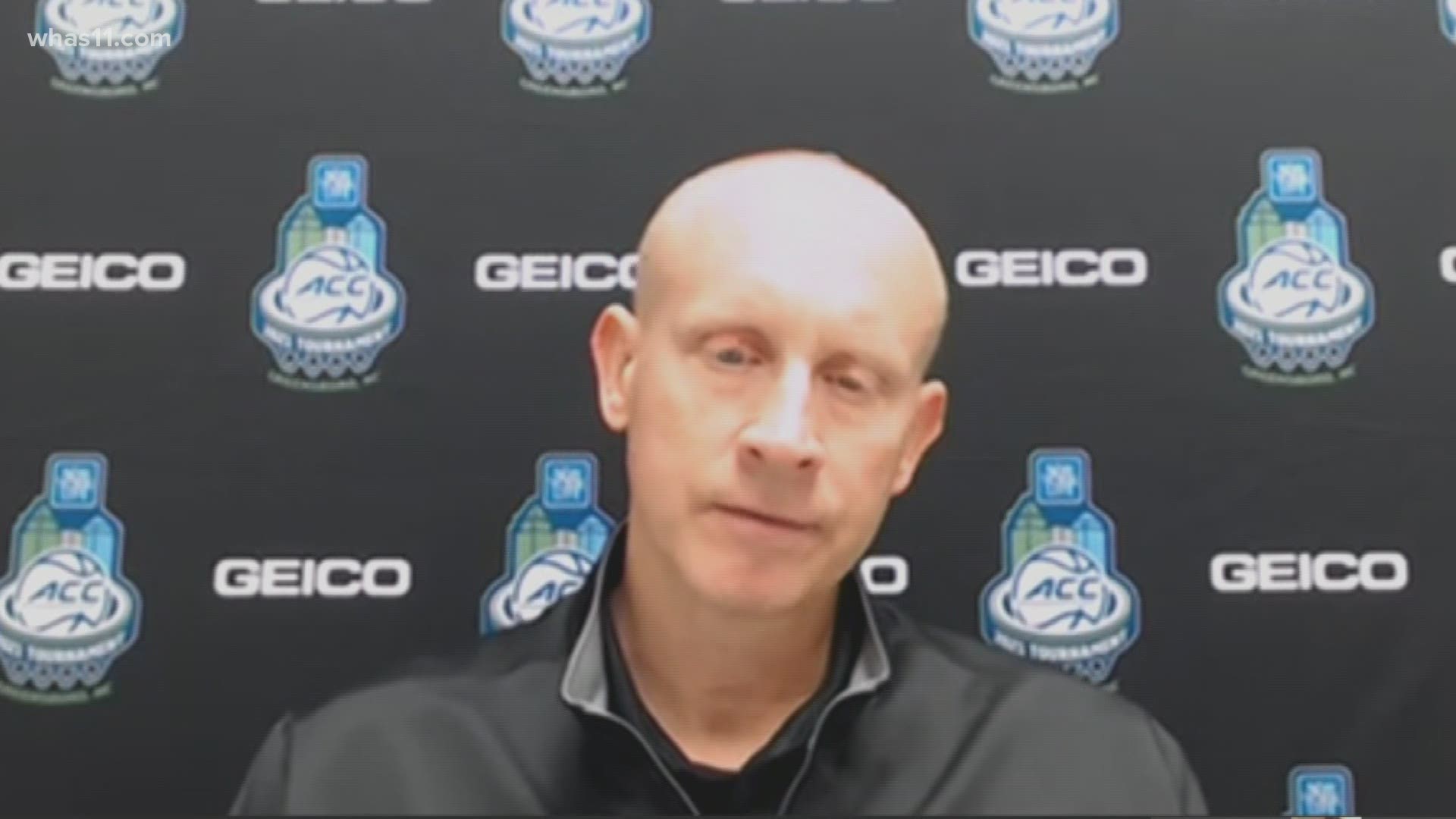 GREENSBORO, N.C. — After losing to Duke in the second round of the ACC tournament, the Cards are looking onto Selection Sunday.

"Give Duke credit, they played like their life was at stake," Mack said. "I didn't think we had poor effort, but we didn't step up to the level like we needed to."

After the loss, Mack said he is not worried about making a case for his team.

"We've played one of the hardest schedules, we've been on two COVID pauses," Mack said. "If the NET [Rankings] includes margin of victory, two of our blowout losses were after we took multiple-day pauses coming off COVID on the road."

Most recently, Louisville was blown out at North Carolina following a weeks long shutdown due to Mack and multiple players testing positive for COVID-19.

Mack said he believes the 13-7 Cards are capable of making a run in the tournament if given the opportunity.

"I think we've done enough to earn it, but you know, I'm not in that room," Mack said.

The Cards will find out their fate during Selection Sunday at 6 p.m. March 14.

RELATED: 'It was a joke amongst buddies': Chris Mack addresses viral video