Louisville looks for answers after 78-65 loss to Florida State

Slow starts have now doomed the Cardinals in back-to-back defeats. 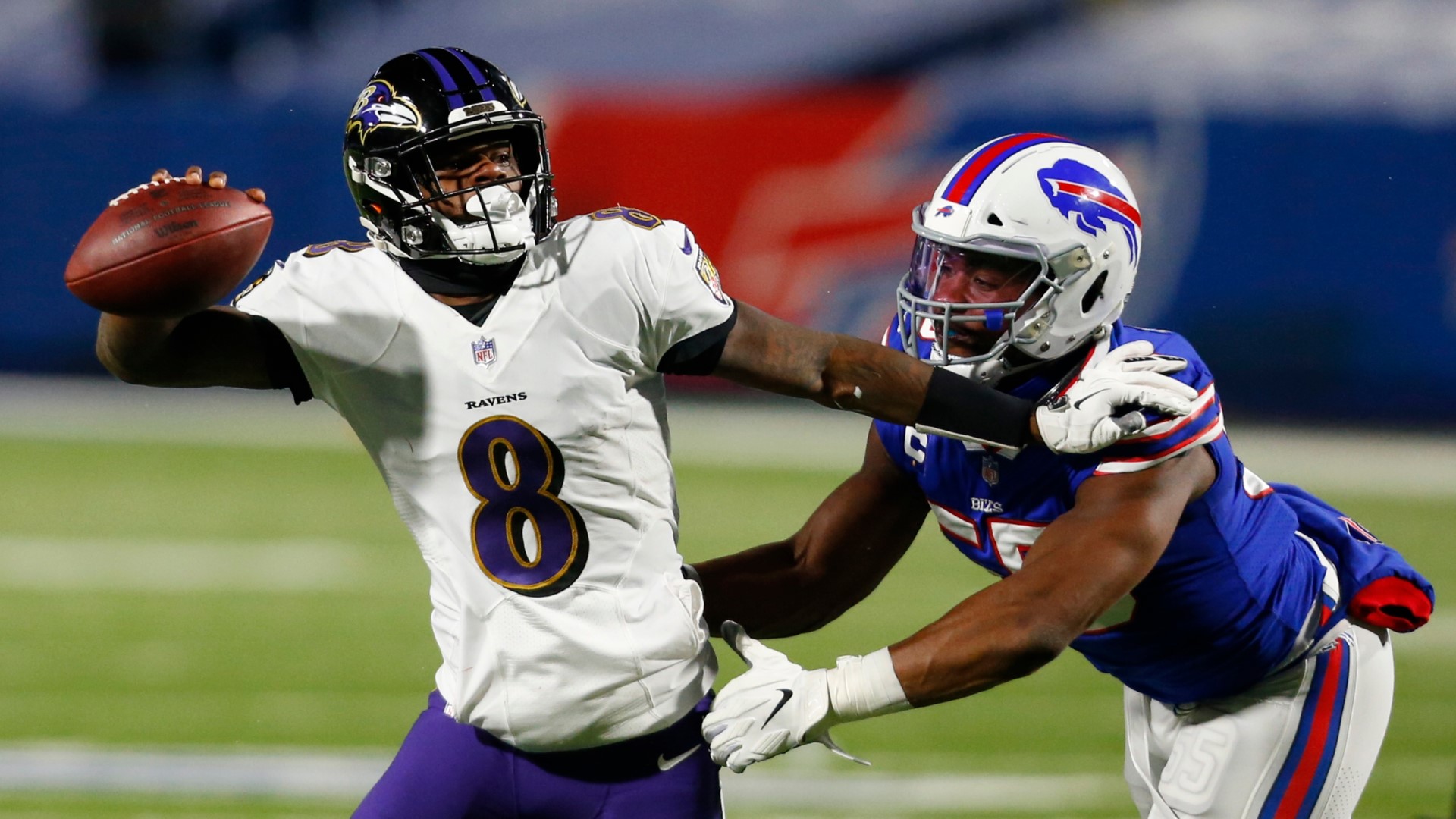 LOUISVILLE, Ky. — If the slow start that led to a 78-72 loss at Miami was supposed to be the wake-up call for the consistent effort a young Louisville team needs to succeed in the ACC, consider the latest 78-65 defeat at the hands of Florida State a smash of the snooze button.

"Whether we are young, inexperienced or intimidated, I don’t know," Cardinals head coach Chris Mack said. "But s--- needs to get corrected."

Mack's frustration was visible after the Seminoles beat the Cardinals up early. They led Louisville by as much as 24 points and took a 42-28 lead into halftime thanks to their physicality, length and toughness intimidating UofL to the tune of eight three-pointers, five steals and five blocks in the first half.

"It is fairly obvious that we got punked from the beginning of the game," Mack said. "We have a lot of growing up to do in order to match that type of intensity to compete at this level with some of the teams we are playing."

"I just think they wanted the game more," UofL guard Carlik Jones, who led Louisville with 17 points, said. "I don't think it was a huge challenge for us. I just don't think we came ready to play."

"We set the tone in such a poor way of playing intimidated," Mack said. "If you get bullied by Florida State early on, that is a problem because you are going to get bullied for 40 minutes. We responded but we got down too deep in a hole."

The response saw Louisville go on a 12-2 run to end the first half and eventually get FSU's advantage down to eight points with a little more than 11 minutes to play in the second half. But whenever UofL seemed like it was on the verge of fighting back into the game, the Seminoles struck back hard to maintain control. 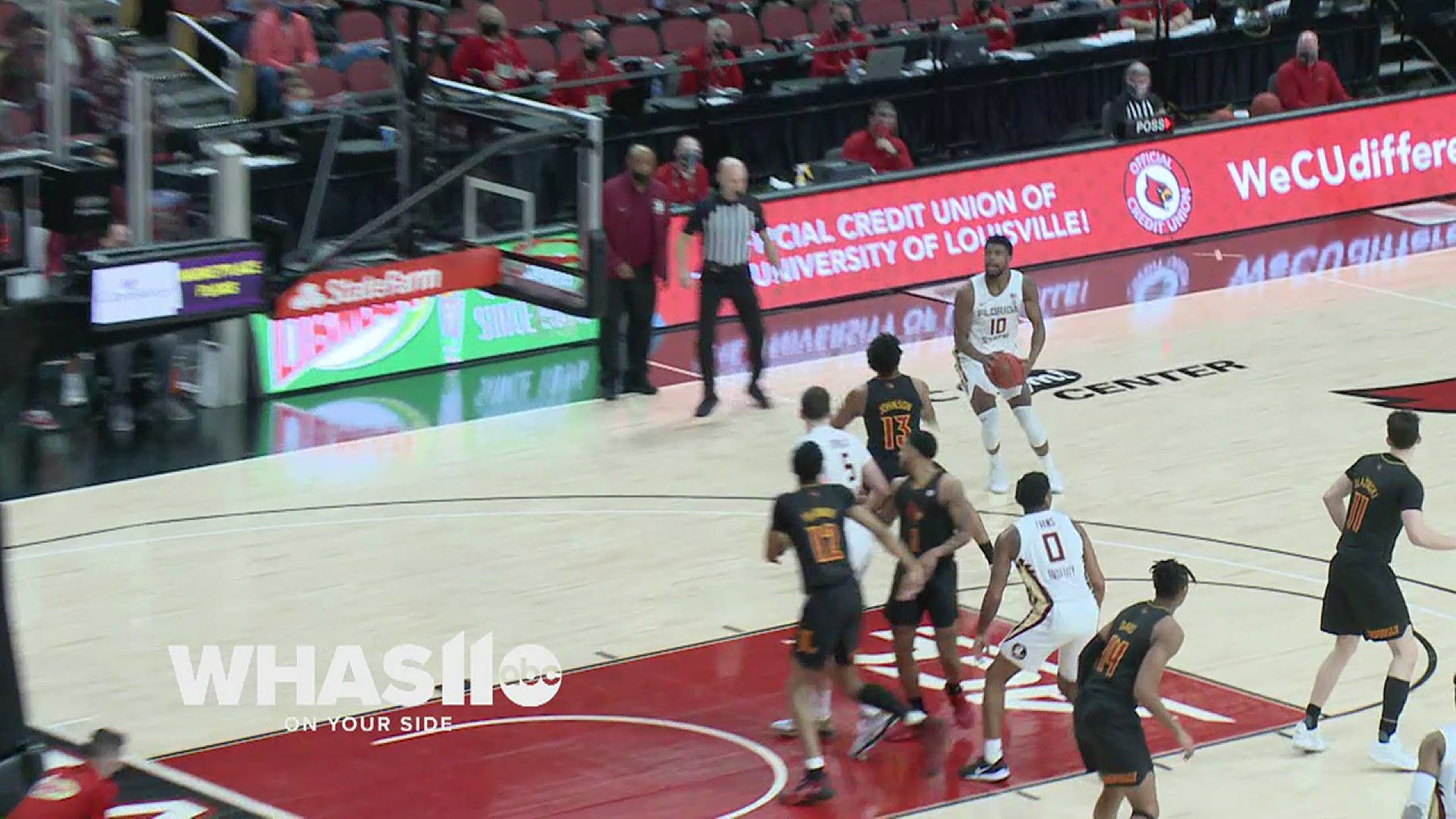 "That’s what you are going to get when you play Florida State," Mack said. "It’s not our young guys' fault, it’s my fault. We couldn’t execute what we wanted to until we were down however many points we were down."

Mack blamed a poor practice for the "lethargic" effort to start against Miami, when the Cardinals trailed by as much as 15 and stared at a 12-point halftime deficit. But he's taking accountability for this latest early lapse that resulted in a fourth-straight loss to Florida State.

"We aren’t going to have a guy that hangs 30 on somebody," Mack said. "Obviously, Carlik and David are very, very high-level. But we all have to, including David and Carlik, value the little things that our team needs to do to win. That’s my fault because we obviously don’t know that yet, but we are going to figure it out."

It's worth looking deeper to try to figure out why issues like a stagnant and fumbling offense, coupled with "soft" defense filled with miscommunications leading to open shots, once again plagued this team in the first half. It's been one that's seen far too many games where it has to catch up later, something that better teams like Florida State punish. Johnson said his head coach questioned the squad's overall identity in his postgame talk in the locker room.

"We don't really know who we are right now," Johnson said. "We haven't been Louisville basketball."

"For our guys, it does not say on their jersey 'Louisville freshman,' 'Louisville sophomore that didn't play a year ago,' 'Louisville redshirt freshman,' or 'Louisville grad transfer,'" Mack said. "It just says Louisville. Right now, there are a lot of guys that played in this program that did a heck of a lot more to earn those banners that you see in the Yum! Center. And we're not giving the type of effort that those former players deserve."

The third-year UofL head coach thinks practices need to be better and his staff has to be more demanding to make that happen. He wants his inexperienced team to develop better habits and intangibles to become tougher.

"We have to figure out as a unit what our team needs to do in order to be successful," Mack said. "We didn't do those things to start the game. Our lack of urgency to begin the game, it's confounding. I know that for a fan, you're like, 'What the hell is the problem? Why aren't we ready to play?' And that's what our coaching staff is saying and we're going to do everything that we can to fix the damn problem."

He's mentioned before how the Cardinals don't stack up as one of the most talented teams in the ACC this year. As made evident in these back-to-back losses, they can't afford to slack early and then try to make it up later to win.

"When we come out and don't understand how to get in the lane, how to be strong with the basketball, and then get back on the defensive end and get matched up, that doesn't have anything to do with talent," Mack said. "That has everything to do with toughness and it being important to us. And we're going have to figure that out. And if we don't, then we'll have more nights like tonight.”

Yet again, Louisville admits it was unprepared to start a game. And the Cardinals try to figure out why while having "a lot of growing up to do." "For a fan, you're like, 'What the hell is the problem? Why aren't we ready to play?' And that's what our coaching staff is saying." pic.twitter.com/vnrIQtIBui