The ceremony for the school's lone Heisman Trophy winner will be before the Nov. 13 game against Syracuse. Jackson joins Johnny U as the only other number retired. 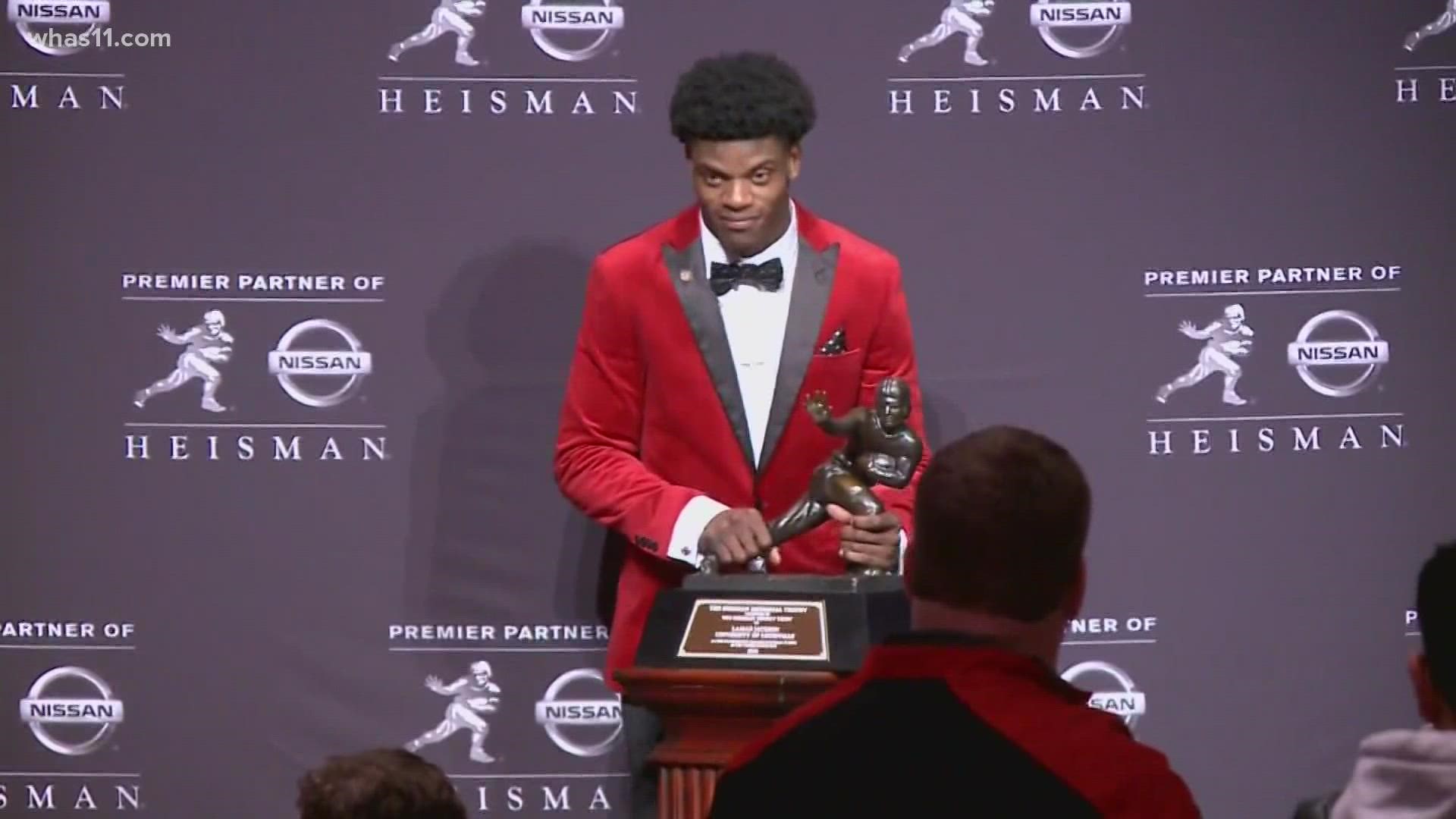 LOUISVILLE, Ky. — It's official! The University of Louisville (UofL) will be retiring the number of former QB Lamar Jackson in a ceremony held before the Nov. 13 match-up against Syracuse.

Jackson joins Johnny Unitas as the only other player in UofL history to have his number retired. Unitas’ No. 16 was retired in 2003.

The legendary QB played for the Cardinal from 2015-17 and is the only Heisman Trophy winner in school history. Jackson set or tied 42 Louisville single‑game, season, and career records during his time in the Derby City and owns seven Atlantic Coast Conference marks.

"Lamar earned the Heisman and then the NFL MVP, and he’s not even 25 years old," UofL Vice President/Director of Athletics Vince Tyra said. "Even more remarkable, he’s only getting better. He was born shortly before Tom Brady entered the league so has the time to beyond anything we’ve seen before. His humble heart and grounded approach endears him to his teammates, his coaches and any staff he’s ever been around. He knows it takes eleven to be successful on offense, not one. We’re so proud to retire his number 8 for what he has accomplished so far but are equally excited about what’s to come. This city has big L’s up for our guy."

Jackson passed for 9,043 yards, 69 touchdowns and rushed for a school record 4,132 yards and 50 touchdowns. He finished his career sixth in the college football history for career rushing yards by a quarterback and became the third player to record 50 career rushing and 50 career passing touchdowns in a career.

He thought he was meeting with the media, but we had other plans...

Playing only three seasons, Jackson is the only player in FBS history to rush for at least 1,500 yards and pass for at least 3,500 yards in a season.

“We couldn’t ask for a better representative of our football program. Lamar’s influence goes far beyond our campus---he’s got this entire city behind him every day and we can’t wait to welcome him home," Louisville Head Coach Scott Satterfield said.

The UofL Athletics Department plans to announce additional information in the weeks leading up to the Syracuse contest.

Tickets for the Syracuse game can be purchased online.