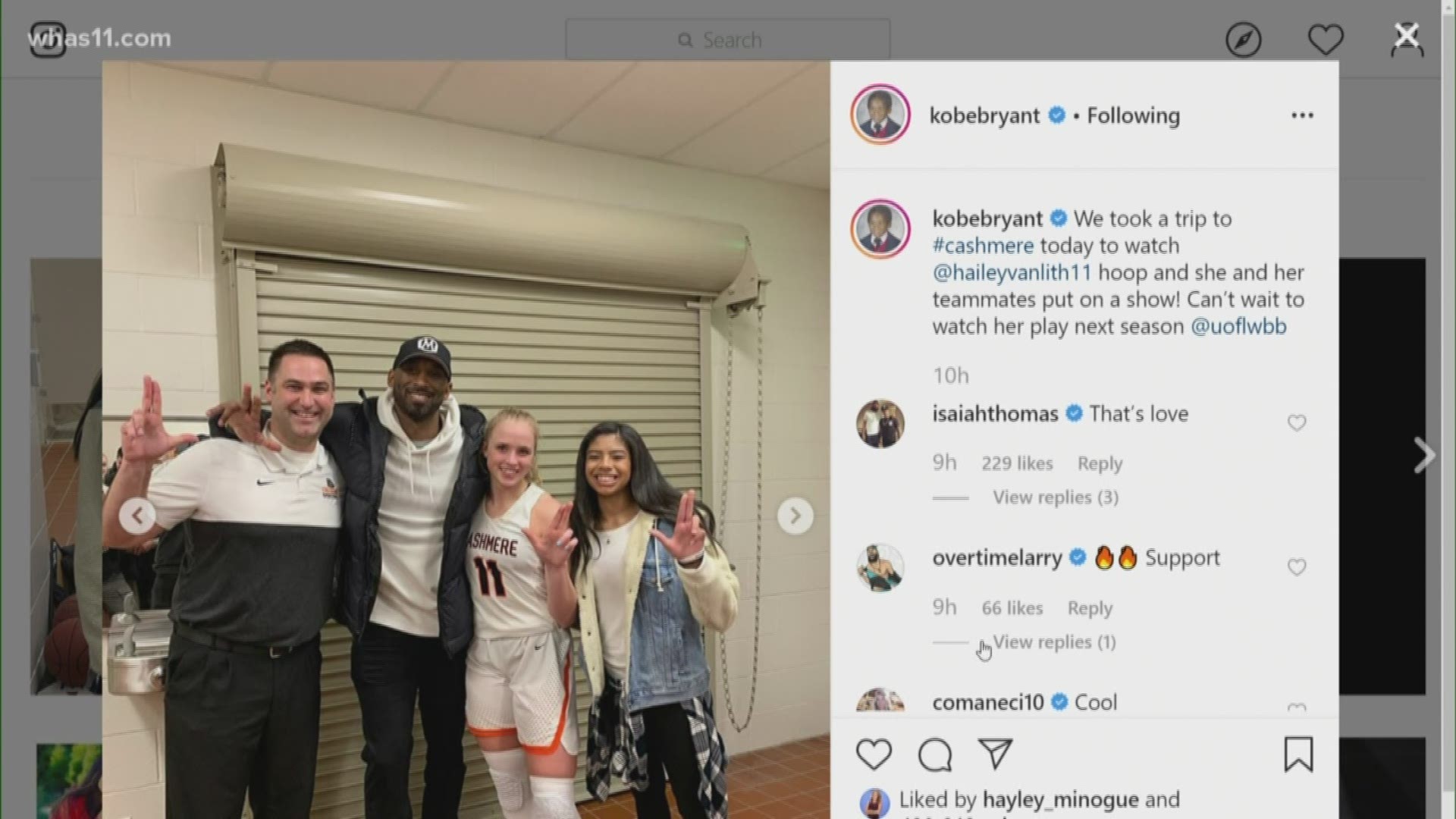 The 5-star guard committed to the Cards in November, and threw L's Up with Bryant and his daughter after scoring 35 points in her team's 63-27 win.

"We took a trip to #cashmere today to watch @haileyvanlith11 hoop and she and her teammates put on a show! Can’t wait to watch her play next season @uoflwbb," Bryant posted on Instagram.

Van Lith had previously worked with Gigi and her team in August.

She was the 3x3 World Cup MVP in 2019 and National Championship MVP in 2018. Louisville head coach Jeff Walz led Van Lith to a gold medal with the U19 World Cup team.

"She has been an integral part of USA Basketball and I enjoyed coaching her to a gold medal in this past year's U19 international competition," Walz said. "Hailey brings with her a unique skill set with a mamba mentality. There is no stage too big, nor a shot too difficult to pull off."

RELATED: Jones guides No. 7 Louisville past Syracuse 62-58 in ACC opener