The game wasn’t put away until Jones, the grad transfer from Radford, hit two free throws with 5.4 seconds remaining. 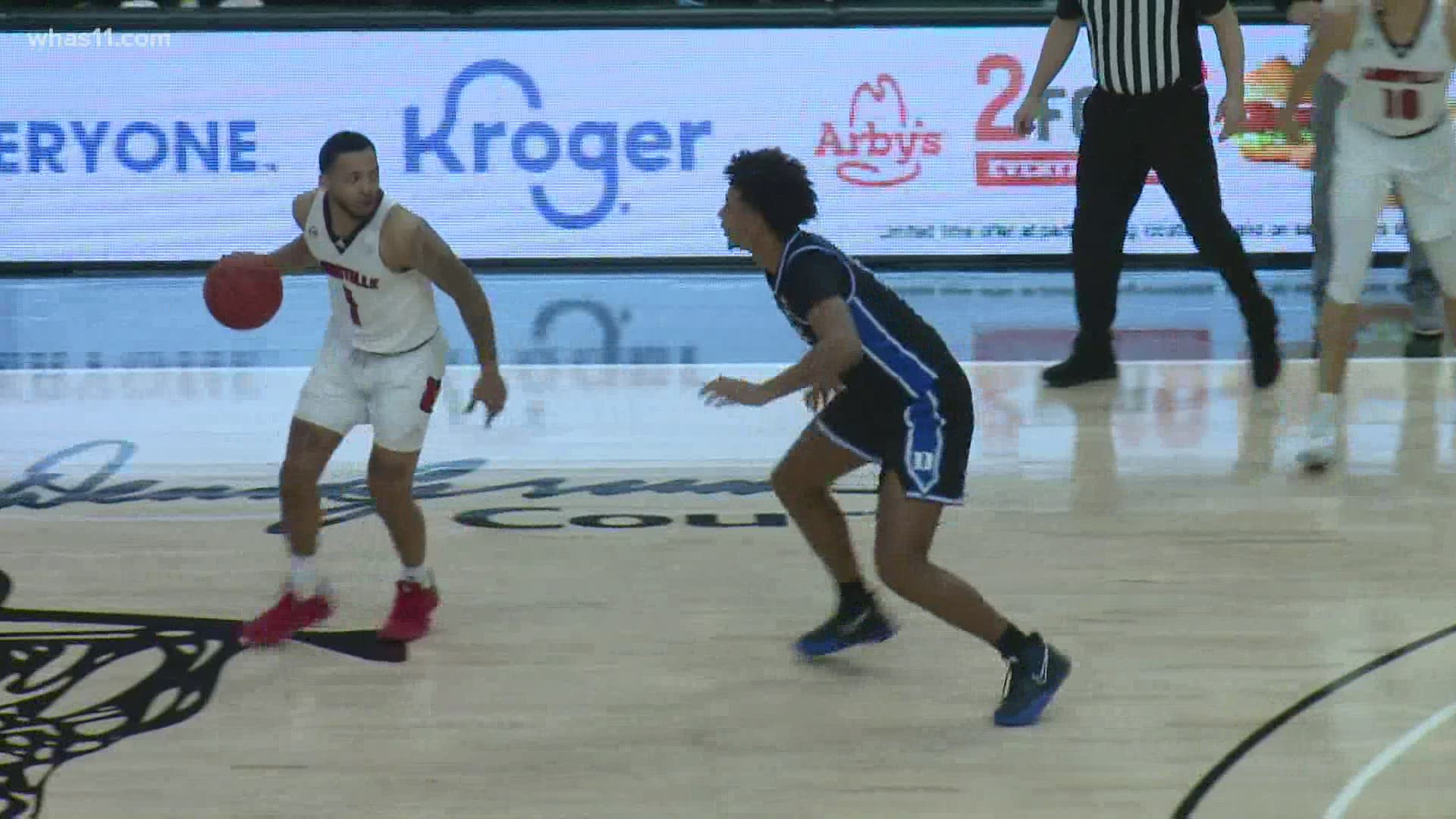 LOUISVILLE, Ky. — Carlik Jones scored 19 of his 24 points in the second half and Louisville beat Duke 70-65, sending the Blue Devils to their third straight loss on Saturday.

Both teams plummeted out of the Top 25 rankings this week — Duke for the first time since Feb. 8, 2016 — but the Cardinals, who fell just outside the rankings, could find themselves back in after snapping a two-game losing streak.

The game wasn’t put away until Jones, the grad transfer from Radford, hit two free throws with 5.4 seconds remaining. Those came after the Cardinals got possession following a scramble for a loose ball and two missed Blue Devils 3-point attempts.

Jones scored the Cardinals’ last nine points in the final two minutes including a layup with 1:18 to go for a 66-65 lead. He made a variety of shots in scoring eight points early in the second half to give Louisville a six-point lead, the largest by either team. The lead would change hands eight times after that in the final 13 1/2 minutes.

Duke’s Matthew Hurt scored 24 points on 9-of-13 shooting, including 4 of 5 from the arc but went 12 minutes of the second half without scoring. He fouled out with 1:50 to go trying to guard a driving Jones. DJ Steward added 13 points.

Neither team led by more than five points in the first half with the Cardinals ahead 36-33 at the break.

Duke is host to Georgia Tech on Tuesday. Louisville is host to Boston College next Saturday.