Jones guides No. 7 Louisville past Syracuse 62-58 in ACC opener

The Cardinals open conference play with a win for the seventh consecutive season and move to 12-1 on the year. 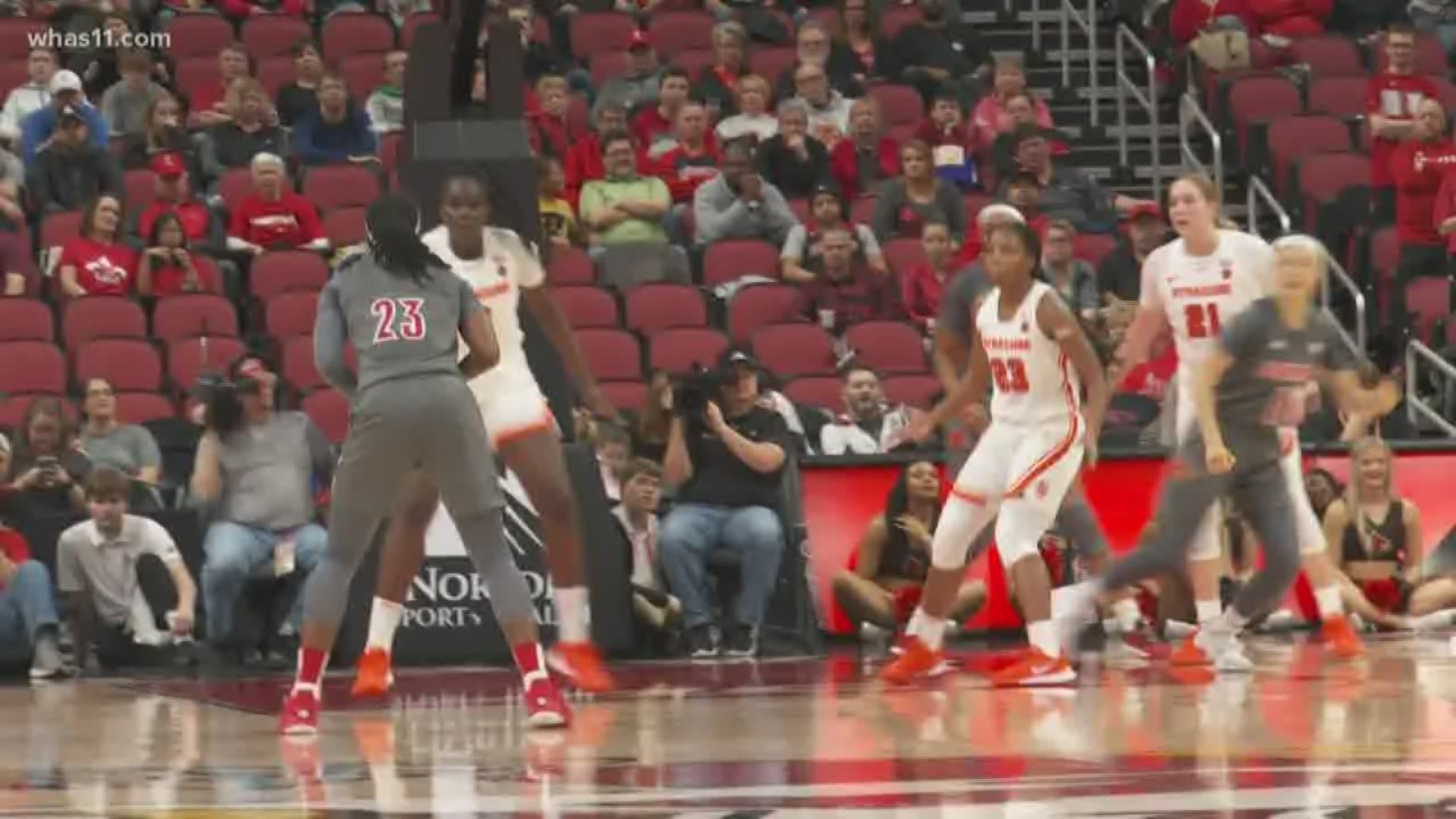 The Cardinals open conference play with a win for the seventh consecutive season and move to 12-1 on the year, while Syracuse dropped to 6-6 on the season and 0-1 in league play.

After falling behind 8-2 in the first three minutes, the Cards brought it back to within 20-19 at the end of the first quarter as Elizabeth Balogun and Jazmine Jones shot a combined 6-of-9 from the field for a combined 14 points. The team also stiffened on the defensive end, forcing seven Orange turnovers.

The second quarter saw the team continue to flex its defensive muscle, holding Syracuse to just 3-of-18 shooting from the field. On offense, Jones again led the way, scoring 10 of UofL’s 12 points as the Cards took a 31-25 lead before a late 5-0 Syracuse surge made it 31-30 Cards at halftime.

Syracuse opened the fourth quarter on an 11-4 run to even things up at 54-54. Evans responded with another three, but Syracuse made two quick buckets to take the lead at 58-57 with two and a half minutes to go. Jones then hit two free throws at the other end to give UofL a 59-58 lead and Louisville regained possession by way of a jump ball with under a minute to go.

Balogun subsequently missed two free throws, but got the second miss back and made a key layup to push the UofL lead to 61-58 with 31 seconds remaining. After yet another Syracuse turnover, Balogun went 1-of-2 from the line to seal the deal as the Cards took the 62-58 win.

Balogun contributed 13 points, her seventh game scoring in double figures on the season. Evans finished with nine points, all of which came in the second half, while Bionca Dunham had four points and six rebounds and Yacine Diop had five points and six boards.

UofL turned the ball over only five times, while forcing 17 Syracuse turnovers.

Next up, the Cards hit the road to take on the Clemson Tigers on Thursday at 7:00 p.m.