Schnellenberger, a Flaget high school alumni, coached at UofL from 1985-1994. 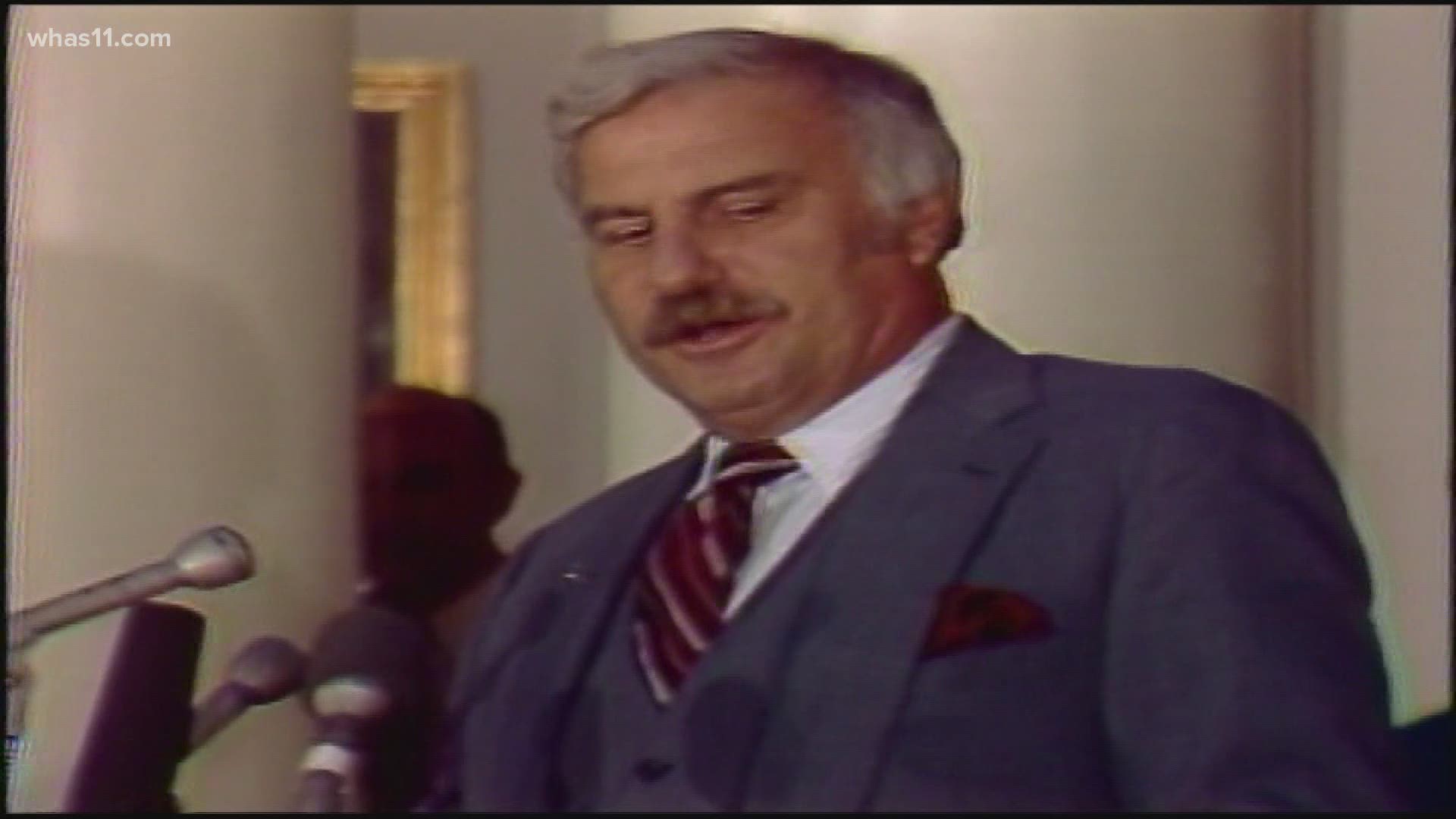 MIAMI — Former college football coach Howard Schnellenberger has died at the age of 87. Schnellenberger revived football at the University of Miami and Louisville while starting the program at Florida Atlantic during a coaching career that spanned half a century.

Schnellenberger's legacy is that of a builder and winner. He led the Miami Hurricanes to the first of their five national championships in 1983, and coached Louisville to a Fiesta Bowl win over Alabama to cap the 1990 season. His legacy includes on-campus stadiums at Louisville and Florida Atlantic.

Schnellenberger is a native of Saint Meinrad, Indiana and later graduated from Flaget High School in Louisville, where he was teammates with the legendary Paul Hornung.

He would go on to star at the University of Kentucky as an All-American Tight End.

Before ending up with the Cardinals in the mid-1980's, Schnellenberger served as offensive coordinator for Bear Bryant at Alabama and was on the coaching staff for the last team in the NFL with a perfect season, the 1972 Miami Dolphins.

“Coach Schnellenberger fostered hope and success in our football program," UofL Vice President and Director of Athletics Vince Tyra said in a statement. "His legacy lives on as we continue chasing the “variable of time” per his memorable quote. Our best to Beverlee and their extended family.”

Our thoughts are with the family of Howard Schnellenberger.

The impact he had as a coach at Louisville & on the game of football is immeasurable. pic.twitter.com/cutdU7nwKa

"What he started with was pretty much next to nothing," former Louisville quarterback Browning Nagle said.

"I know for sure there was some talks about the program shutting down," Purdue head coach and former Louisville quarterback Jeff Brohm said. "And there were some struggles along the way, things didn't just happen overnight."

Schnellenberger rebuilt the program. After just eight wins in his first three seasons, things started to click, as he had just two losing seasons over the next seven years.

"His fearlessness translated into our fearlessness," Nagle, who quarterbacked the Fiesta Bowl win, said. "His visions became our visions."

"Then I get to a point where I feel as invisible as he's made us out to be, just because of what his process was," Nagle said. "If you survived it, if you trusted it, if you believed in it, if you submitted to it, that was where we found our success."

His defining moment as a Cardinal came in the 1991 Fiesta Bowl, when he led the Cards to a dominant 34-7 win over Alabama to cap off a 10-1-1 season, the first 10-win effort in program history. Schnellenberger also had a nine-win campaign that ended with an 18-7 Liberty Bowl victory over Michigan State.

"If you're a University of Louisville football fan and you believe that they can compete at the highest level, which they continue to do, it's because of Howard Schnellenberger," Louisville Sports Commission president and CEO Karl Schmitt, who was the sports information director at Miami during Schnellenberger's tenure with the Hurricanes, said.

Eventually in 1995, he left for Oklahoma before leaving after one season. His last stop would come at Florida Atlantic, where he started the Owls' football program and ultimately led it to two bowl victories. He retired from coaching in 2011 as one of college football's greatest builders.

"It's just a true treasure to see somebody coach the way he did, do the things he did and not be scared of those types of challenges," Brohm said. "There's not many coaches that have taken on the challenges that he has and done the things he's done."

Purdue head football coach and former Louisville quarterback Jeff Brohm: "I would love to see Coach Schnellenberger go in the Hall of Fame. I think he deserves it. There's not many coaches that have taken on the challenges that he has and done the things he's done." pic.twitter.com/veA1aj6vQJ

He is survived by his wife Beverlee, whom he met in 1958. The two were married for 61 years, rarely being seen without one another.

"Howard always allowed me to be a part of his football life," his wife, Beverlee said. "Watching him on the sidelines was an opportunity that gave us a special closeness – win or lose – that not many wives get. Even though he never smiled, he was always smiling in his heart. We loved all the moves and challenges.

"I will miss his warm heart, his warm hands and soft kisses. Howard always treated me special, like a queen, and was truly a husband that every Canadian girl dreams of. You will always be my love, now and forever. I'm proud to be your wife. You were a great leader of men and the leader of our lives."