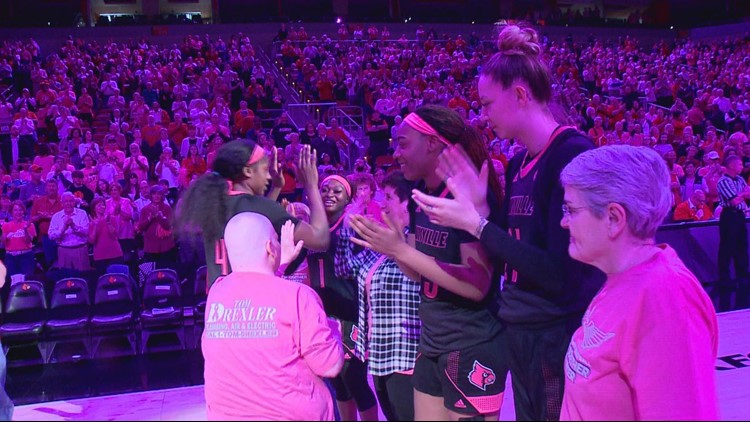 Dana Evans scored 18 points to lead No. 9 Louisville to an 82-49 victory over Notre Dame on Sunday.

The Cardinals (23-3, 12-2 Atlantic Coast Conference) made 7-of-9 shots during one stretch of the second quarter to build a 36-21 lead midway through the period. Louisville played unselfish, dishing out 13 assists on 17 baskets in the half.

They built on that lead in the third quarter as Evans scored nine of her points in the period.

Not only did Evans score, she also found her teammates as she finished with seven assists. The Cardinals tallied 24, one off tying a season high. Mykasa Robinson adding a career-high nine in the win.

The junior guard was one of four Cardinals to score in double figures. Yacine Diop came off the bench to match a season-high with 15 points.

The Fighting Irish (10-16, 5-9) started the game making six of their first eight baskets and converted offensive rebounds off those misses. But as the Cardinals got hot, Notre Dame made just three of its next 14 shots as the Cardinals pulled away for good.

Notre Dame: When the Irish struggle shooting, they have trouble winning. On Sunday, they shot 36.8% . It marked the eighth straight time they’ve lost when shooting under 40%. Committing 23 turnovers, which led to 24 Louisville points, just added to the woes.

Louisville: After a two-game losing streak saw the Cardinals fall out of first place in the ACC, they responded with a pair of wins and find themselves back where they were 10 days ago – alone atop the conference standings.

Louisville travels to Atlanta on Thursday to play Georgia Tech.