Gaudio allegedly threatened to report to the media allegations that the men's basketball program had violated NCAA rules in its recruiting videos for prospects. 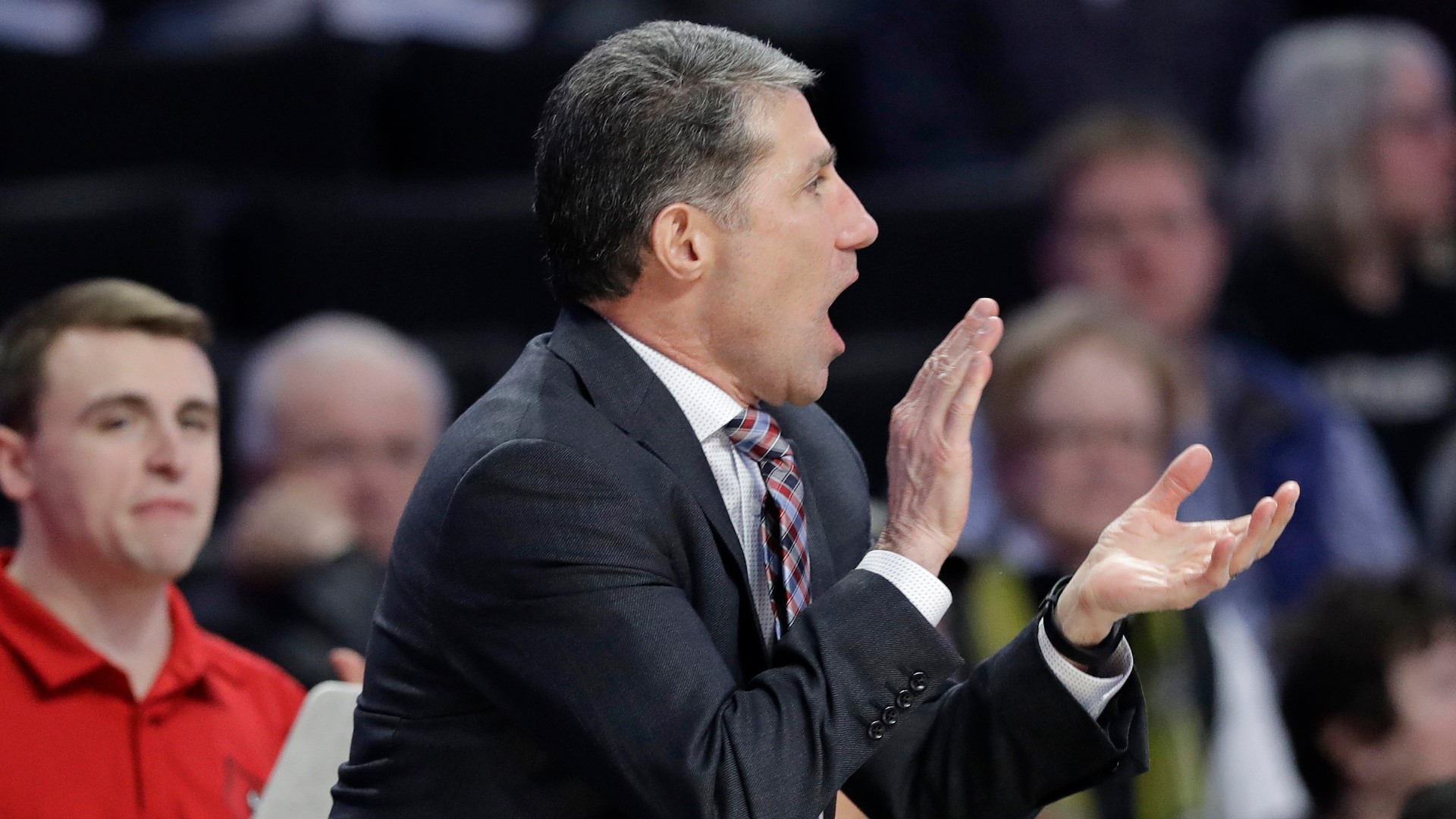 LOUISVILLE, Ky. — Former University of Louisville men's basketball assistant Dino Gaudio is accused of attempting to extort money from the university after his and fellow assistant Luke Murray's contracts were not renewed following the 2020-21 season.

According to court documents, Gaudio knowingly transmitted in interstate commerce with intent to extort money and other things of value from UofL, a threat to injure the school's reputation.

On March 17, Gaudio allegedly threatened to report to the media allegations that the men's basketball program had violated NCAA rules in its production of recruiting videos for prospective student-athletes unless the school paid him his salary for an additional 17 months or provided a lump sum equivalent of 17 months of salary.

Gaudio then sent a text message to UofL personnel with one of the recruiting videos he threatened to send, court documents say. That text traveled outside the state. The United States Attorney's Office of Western Kentucky has charged Gaudio with interstate communication with intent to extort, a felony.

"The allegations of violations are the impermissible production of recruiting videos for prospective student-athletes and the impermissible use of graduate managers in practices and workouts," the University of Louisville said in a statement. "While the University cannot comment further due to the ongoing federal investigation and the NCAA process, it continues to cooperate with authorities as well as with the NCAA on the matter."

"The University and I were the victims of Coach Gaudio’s conduct and I will continue to fully cooperate with authorities in their investigations," Mack said. "We take seriously any allegation of NCAA violations within our basketball program and will work within the NCAA processes to fully review the allegations."

Before he was hired at UofL, Gaudio was an announcer on ESPN and head coach at Wake Forest.