Defense Leads No. 2 Louisville Past Clemson, 70-45

The Cardinals limited the Tigers to 27% shooting, 0-19 from 3-point range. 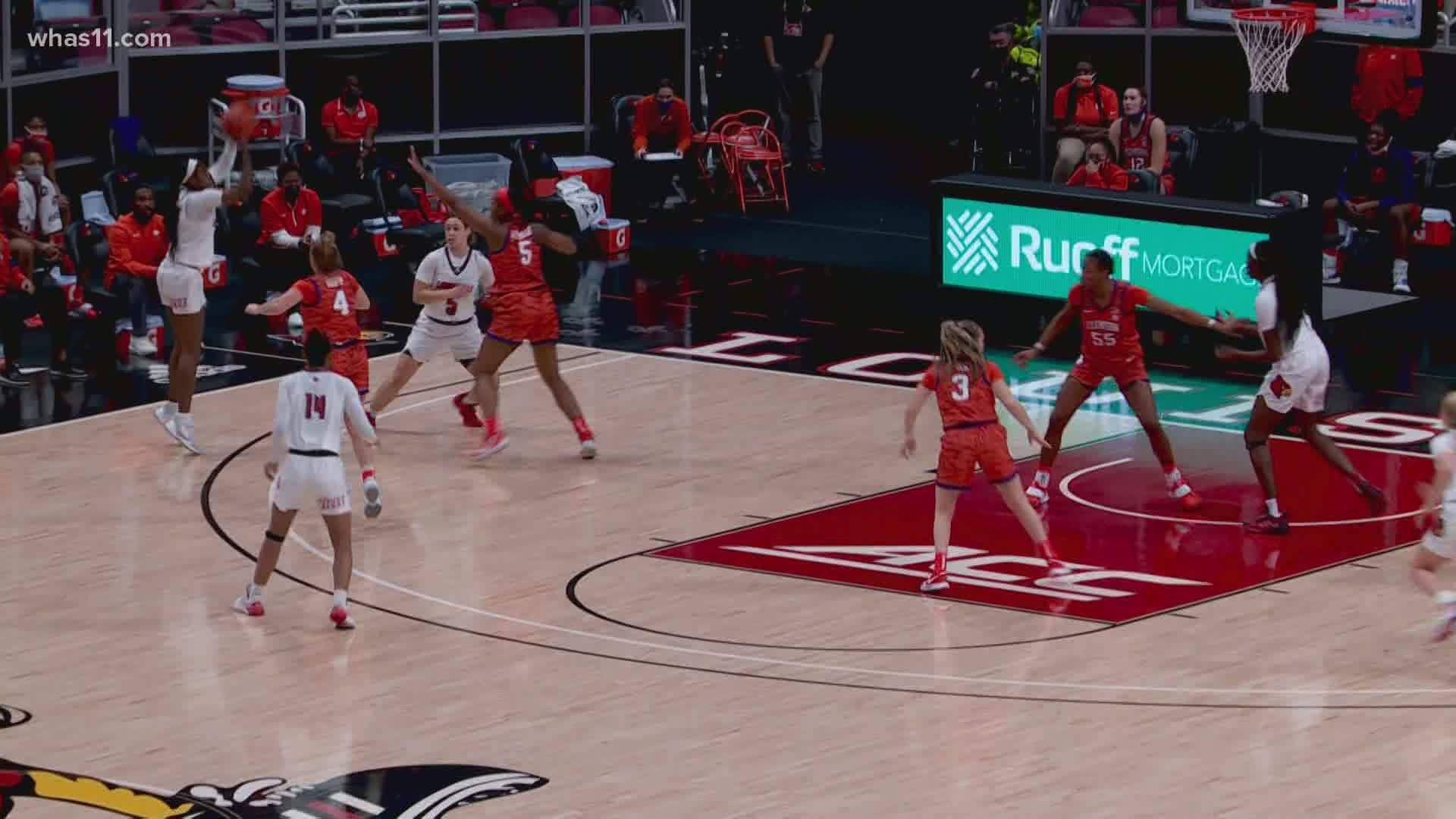 LOUISVILLE, Ky. — Kianna Smith scored 17 points and No. 2 Louisville, after waiting out a late delay caused by COVID-19 protocols, beat Clemson 70-45 on Sunday.

The game was supposed to begin at noon. But less than 90 minutes before the scheduled tip-off, Louisville announced the start had been pushed back two hours.

A subsequent Atlantic Coast Conference statement attributed the delay ''as a result of a player undergoing further testing.''

Louisville endured a bit of a rough start, committing six turnovers in the first seven minutes. They had just 10 more the rest of the way.

''We settled down some, which is what we needed to do,'' Walz said. ''We were just getting way too careless with the basketball, and it was just nice to finally see us get up shots and make that extra pass.''

Smith bounced back after scoring a season-low five points Thursday in a win at Virginia Tech. Balogun added a season-high 14 for Louisville (10-0, 3-0 ACC).

Butler told Clemson's radio network the Cardinals dictated how the game was played.

''We're not a young team, and we're not going to look to explain away what could've been different,'' she said.

Louisville entered Sunday as the conference leader in defending the 3-point shot as opponents had only made 24.6 percent (41 of 167). The Cardinals will improve on that as Clemson missed all 19 of its 3-point shots in the game.

Louisville is 10-0 for the third time in four years and coming off an impressive defensive performance under challenging circumstances. Even with 15 points separating them between co-No. 3 North Carolina State and Connecticut, Louisville should be able to maintain their spot in Monday's poll.

Clemson: The Tigers have yet to win in 2021. Sunday marked their third straight loss and fourth in six games. Those defeats have come by an average margin of 13.8 points.

Louisville: The Cardinals got an unexpected test after Dana Evans, the ACC's leading scorer, drew two quick fouls in a 1:01 span late in the first quarter. She sat out the entire second quarter, and there were times where she was missed, including the final 3:24 of the first half. She finished with 10 points.

Still, without her presence, Walz said he was pleased with what he saw.

''It was nice to see us extend the lead, even though she wasn't out there on the floor,'' he said. ''But when she came back in there (in the second half) she made a few big shots that really helped extend our lead.''