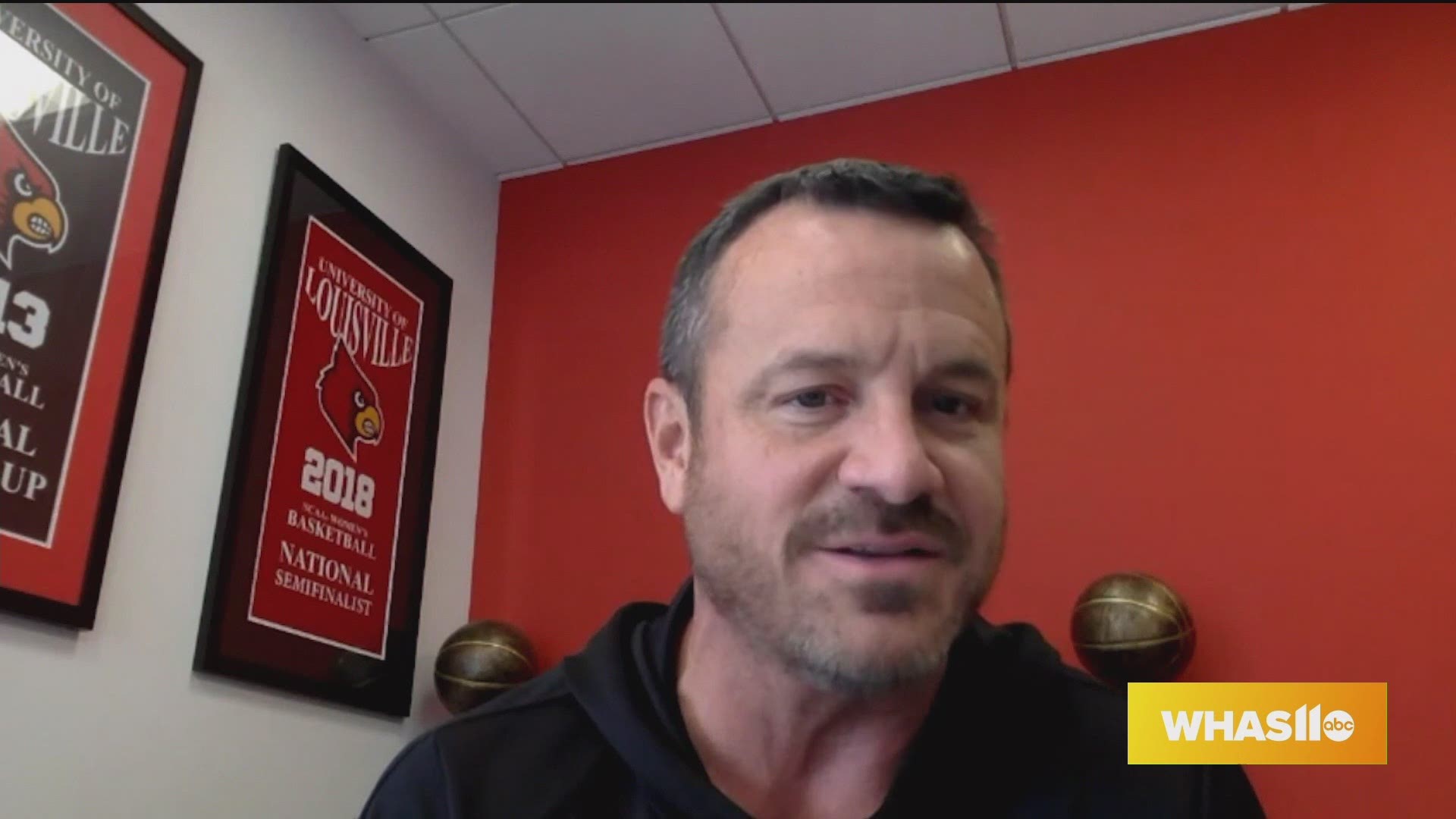 LOUISVILLE, Ky. — In her short time at Louisville, freshman Olivia Cochran has made a big impression for the Cardinals.

She hit all seven of her shots from the floor Saturday in a 15-point effort to lead No. 2 Louisville over Bellarmine 97-46.

Unlike Friday’s victory over Northern Kentucky, when they needed a third-quarter run to overcome a deficit, the Cardinals (7-0) took command early against the Knights (0-5). A 13-2 first-quarter spurt gave Louisville a lead it didn’t relinquish.

Even when they missed, someone was there to clean up. Louisville got 17 offensive rebounds, leading to 25 second-chance points.

Louisville, which led 52-18 during the first half, continued adding to their advantage throughout the second half.

Cochran, a 6-foot-3 forward, hit all seven of her shots, leading six Louisville players in double figures. Liz Dixon, a 6-5 junior, added 14 points on 5-of-6 shooting. Ramani Parker, a 6-4 redshirt freshman, finished with a season-best 10 on 5-of-5 shooting.

“It was just the energy that the guards” provided, she said. “They trusted us to score the ball. So, we just went off their energy, and we just made fast moves so we could score because we knew that their post was undersized.”

Through her first seven games at Louisville, Cochran has averaged 13.9 points on 66.7% shooting, and thanks mainly to a number of blowouts so far, the former McDonald’s All-American is averaging less than 19 minutes per game.

She played just 15 on Saturday as Louisville coach Jeff Walz emptied his bench.

“Olivia to me has only scratched the surface,” he said. “And she’s going to get better and better because she wants to be better. She wants to be great.”

Knights coach Chancellor Dugan had no qualms about her team’s shot selection, and she found some positives, which including committing just 14 turnovers.

“I thought we had good shots,” she said. “They just didn’t go in. I mean, we had a bunch of shots, especially in the second half, that rimmed out, that were good shots that they might have tipped or blocked.”

After Friday’s game was closer than some expected, Louisville looked better Saturday, albeit against a weaker opponent. Still, the performance should help them keep their ranking when the new poll comes out on Monday.

Bellarmine: The Knights, a first-year Division I program in Louisville, simply had no answer for a Cardinals team that outmuscled them on both sides of the court. Louisville outrebounded the Knights 48-18.

Louisville: After their 4-for-22 performance Friday, the Cardinals were more selective from the perimeter Saturday. Still, they made just 3 of 16 from beyond the arc. The production inside by Cochran and Dixon, though, give Louisville’s guards time to get their shots back. Over the past two days, Cochran and Dixon have shot a combined 24 of 29 from the floor.

Walz said the team has talked about the need for his team to keep getting the ball down low.

“Because our posts pass the ball well,” he said. “So, it’s not like if you throw it in there, they are aren’t going to throw it back out.”

Bellarmine plays next Saturday and Sunday at Lipscomb.