'It was a joke amongst buddies': Chris Mack addresses viral video

Mack said he called Kentucky coach John Calipari, who was 'gracious' and understood the context of the video. 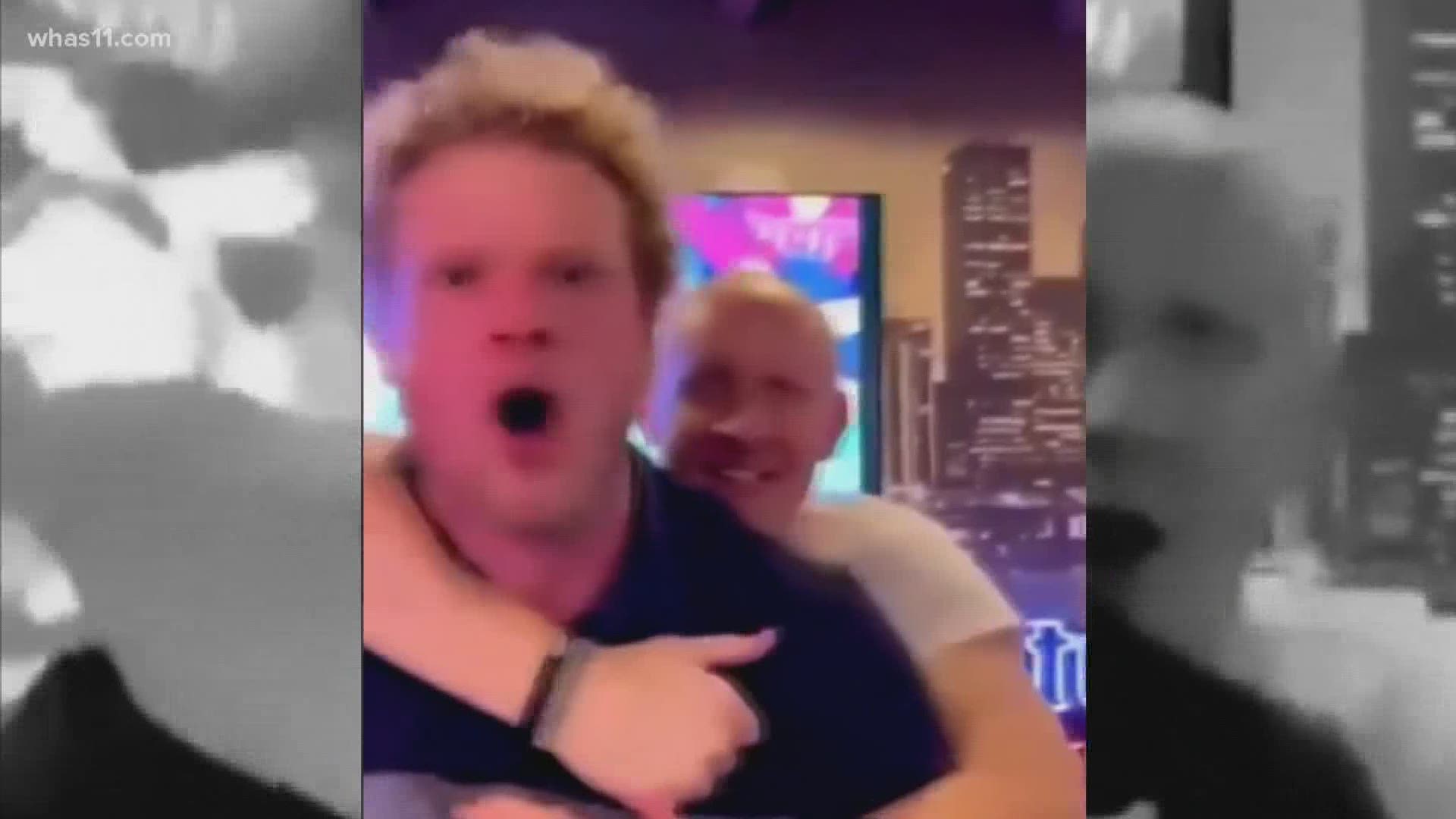 In the video, recorded after UofL's 62-59 win over UK, Wood says Kentucky is 0-1 against UofL now that former assistant coach and Louisville alum Kenny Payne is gone.

Throughout the video, Mack hypes Wood up. When Wood says Calipari will never beat the Cards again, Mack can be heard saying, "I don't know about never, but..."

Mack said the video was recorded at his family's Christmas gathering. Wood and another person, Mack said, are close golfing buddies with Payne and thought it would be funny to send it to the now New York Knicks assistant.

"It was a private video," Mack said. "It was a joke amongst buddies to Kenny. How it got out I have no idea."

Mack said he called Calipari once the video was shared on social media, wanting to make it clear that it was not a shot at him and he was not "trying to send a message to him."

"I just wanted to be able to clear the air and tell him the great respect that I have for him and the job he's done," Mack said. "I wanted him to know it was a joke to Kenny Payne, and obviously it went sideways."

Mack said Calipari was "gracious as always" and understood the context of the video.

Here's Mack on John Calipari and the talk they had about the video that was released over the weekend. @WHAS11 pic.twitter.com/fwKZ5Bmu4m

In addition to the perceived shot at UK, Mack said the video also showed how he and friends violated COVID-19 procedures by not wearing masks around each other.

"When people come over to my house, which hasn't been very often since last March, I'm probably a violator and obviously was that night — neighbors and friends stop by and not putting on my mask around the house," Mack said. "For that, I've got to do better."

Chris Mack addresses the viral video: He says a few neighbors came over who are friends with Kenny Payne. They thought it'd be funny to send him something after UofL beat UK in December. He says COVID, a perceived shot at Calipari stand out as issues with it. He called Calipari. pic.twitter.com/G4P6e7uOZt

Mack said he does not want the video to be a distraction and did not intend to offend anybody. He said he owns what he did and will learn from it.