The senior guard will retain eligibility by entering the draft but not signing with an agent through the process. Jones was an All-ACC first team selection. 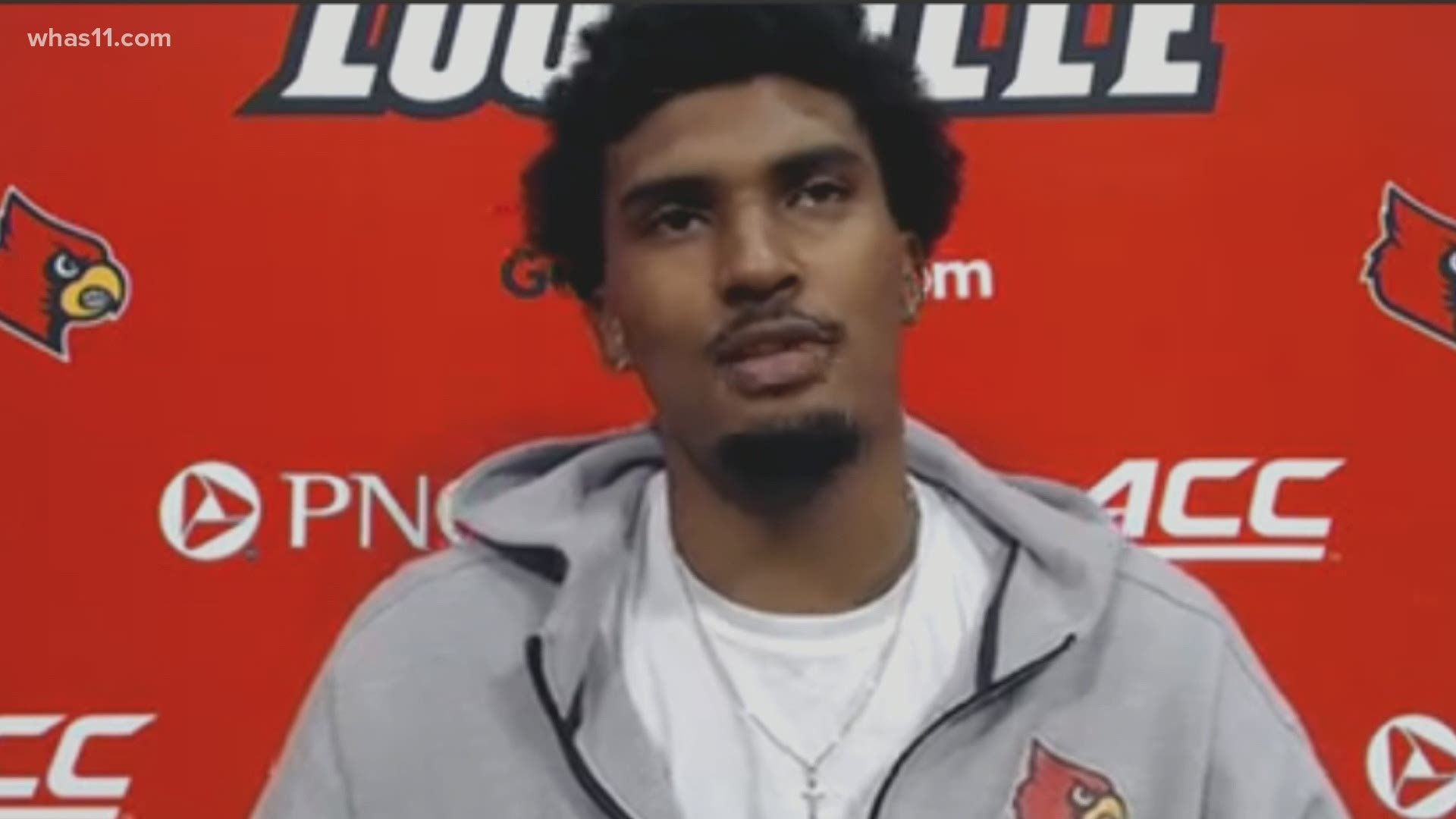 LOUISVILLE, Ky. — According to a release from the University of Louisville (UofL) Senior Associate Athletic Director Kenny Klein, men's basketball senior guard Carlik Jones will enter his name into the 2021 NBA Draft. However, Jones will preserve his collegiate eligibility by not signing with an agent allowing a potential return for the 2021-22 season.

Jones, a graduate transfer from Radford, played one season for the Cardinals and lead the team to a 13-7 COVID-19-shortened season.

“I fully support Carlik’s decision," Head Coach Chris Mack said. “While we would like to see him return in a Cardinal uniform next season, this is a great opportunity for him to assess where he stands. He will be evaluated by the NBA and have direct input on where he is viewed so he can make the most informed decision on his future.“

Jones made the announcement via social media:

"First and foremost, I want to thank God for what has been an unbelievable year as a Cardinal.Throughout all of the ups and downs this season, the one constant was the love shown by the Cardinal Nation. I’m so appreciative of the opportunity to be a part of such an amazing program. Coach Mack has been everything he said he would be during the recruiting process and more. With that being said, it has always been my dream to be in the NBA and play on the biggest stage possible. After talking to my parents and loved ones, I have decided to enter my name into the 2021 NBA draft process and see where this road takes me. While still maintaining my eligibility as a Cardinal, I want to keep all of my options open. Thank you again, Cardinal Nation, for all of your unyielding support this past year. Cardinal for life! L’s Up."