Satterfield said the first couple of weeks of fall camp will be focused on fundamentals and perfecting the things the team learned back in the spring. 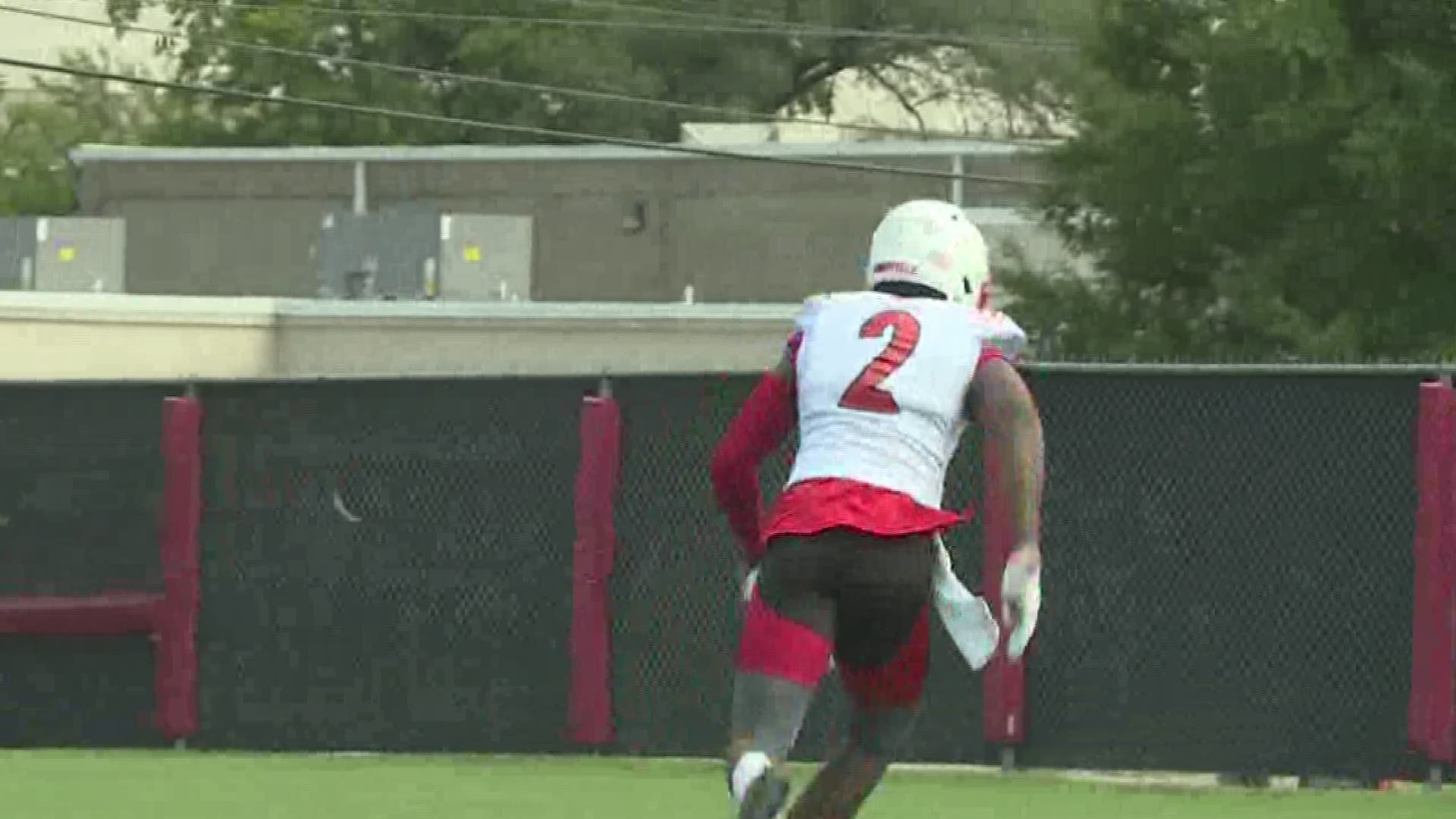 LOUISVILLE, Ky. (WHAS11) – The Louisville Cardinals hit the practice field Sunday for the start of fall camp, four weeks before the official start of football season.

Head Coach Scott Satterfield is ready to usher in a new era.

He said the first couple of weeks of fall camp will be focused on fundamentals and perfecting the things the team learned back in the spring.

Satterfield says it’s also getting used to each other and challenging the players before the season brings them challenges.

The Cards are doing split practices for the first couple of days to allow the newcomers and younger players to get more reps so coaches can work with smaller groups to begin the development that needs to happen.

“We have a lot of work to do,” Satterfield said. “We knew this from the spring that establishing depth was going to be key for us. I think when we put some of our first units out there that they will be pretty solid. However, that next unit that comes in, will it be a drop off? That’s what we have to develop, those next guys. We will get dinged up over the course of the year, but developing quality depth is the thing we have to do.”

Seventeen starters are returning to the team as the Cards are looking to rebound after a disappointing season.

The Cards’ first game of the season against Notre Dame will take place on Sept. 2.