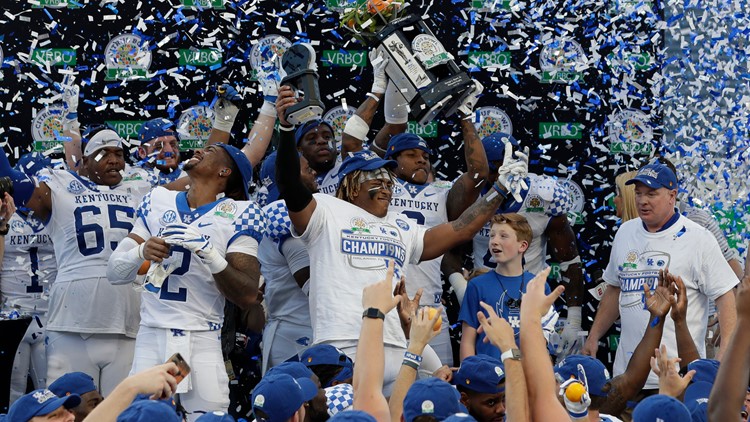 It was a big weekend for University of Kentucky football recruiting as the Cats landed three commitments.

Offensive lineman Joshua Jones from Phoenix City, Alabama announced his commitment to the team via Twitter.

Rivals has Jones rated a three-star prospect in the class of 2020. The LSU Tigers, Florida State Seminoles and Tennessee Volunteers were just a few of the teams who had offered the 304-pound lineman.

"The coaches are awesome and they believe in me and my talent," Jones said in his announcement.

Coach Mark Stoops and the Cats also plucked another Louisville native for their 2020 recruiting class as wide receiver Jordan Watkins also made his commitment official on Twitter.

The Butler Bear is listed as a three-star athlete according to Rivals and is rated the seventh best player in the state.

"Thank you for all the coaches that took the time to build a relationship with me and gave me the opportunity to play for their program during this process," Watkins said. "With that being said...I am 110% committed to The University of Kentucky."

The three-star wide receiver received offers from Louisville, Indiana and Purdue, as well as several other schools before choosing Kentucky.