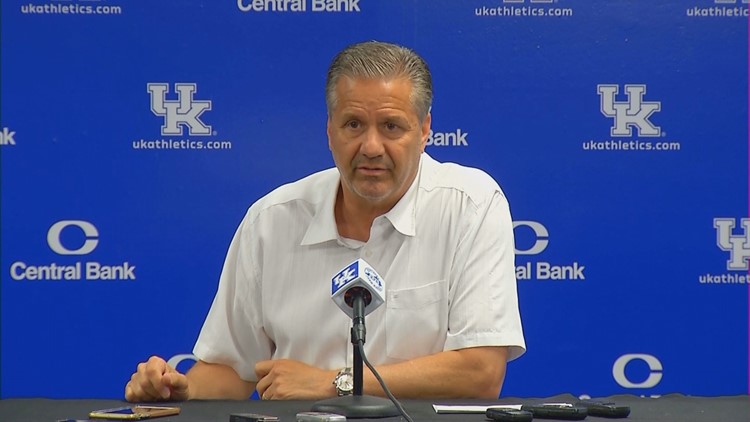 LEXINGTON, Ky. — It's official -- Coach John Calipari will be remaining with the Kentucky Wildcats for a lot longer.

“I want to thank the university, Dr. Eli Capilouto, Mitch Barnhart and DeWayne Peevy for approaching me with the opportunity to finish my career at Kentucky,” Calipari said. “I’ve said from day one that this would be the gold standard and it has been for student-athletes and coaches. As I enter my 11th year, I’m reminded it took me 20 years to get an opportunity to like this. There is no other place I want to be. As I look forward, my mindset is what’s next and how can we be first at it for the young people that we coach.”

According to the contract, beginning with the sixth year of the contract, Calipari can choose to step down from the head coach position and become a "special assistant to the athletics director/university representative," receiving $950,000 annually in that position.

“One of the truly unique things about Kentucky men’s basketball is its legacy of head coaches who have made their own lasting mark on this program. John is a perfect illustration of that,” Athletics Director Mitch Barnhart said. “He has added a special chapter to the greatest tradition in college basketball and it’s a chapter we want him to continue writing until the end of his coaching career. We are pleased to announce a new contract that will enable him to do exactly that.”

Calipari is heading into his 11th season at the helm of the Kentucky Wildcats men's basketball program, compiling a 305-71 record over the past decade, which puts him second behind Adolph Rupp in total wins in program history. He has taken the Wildcats to eight Sweet Sixteens and seven Elite Eights during his tenure and led the Wildcats to the national championship in 2012 and four Final Four appearances.