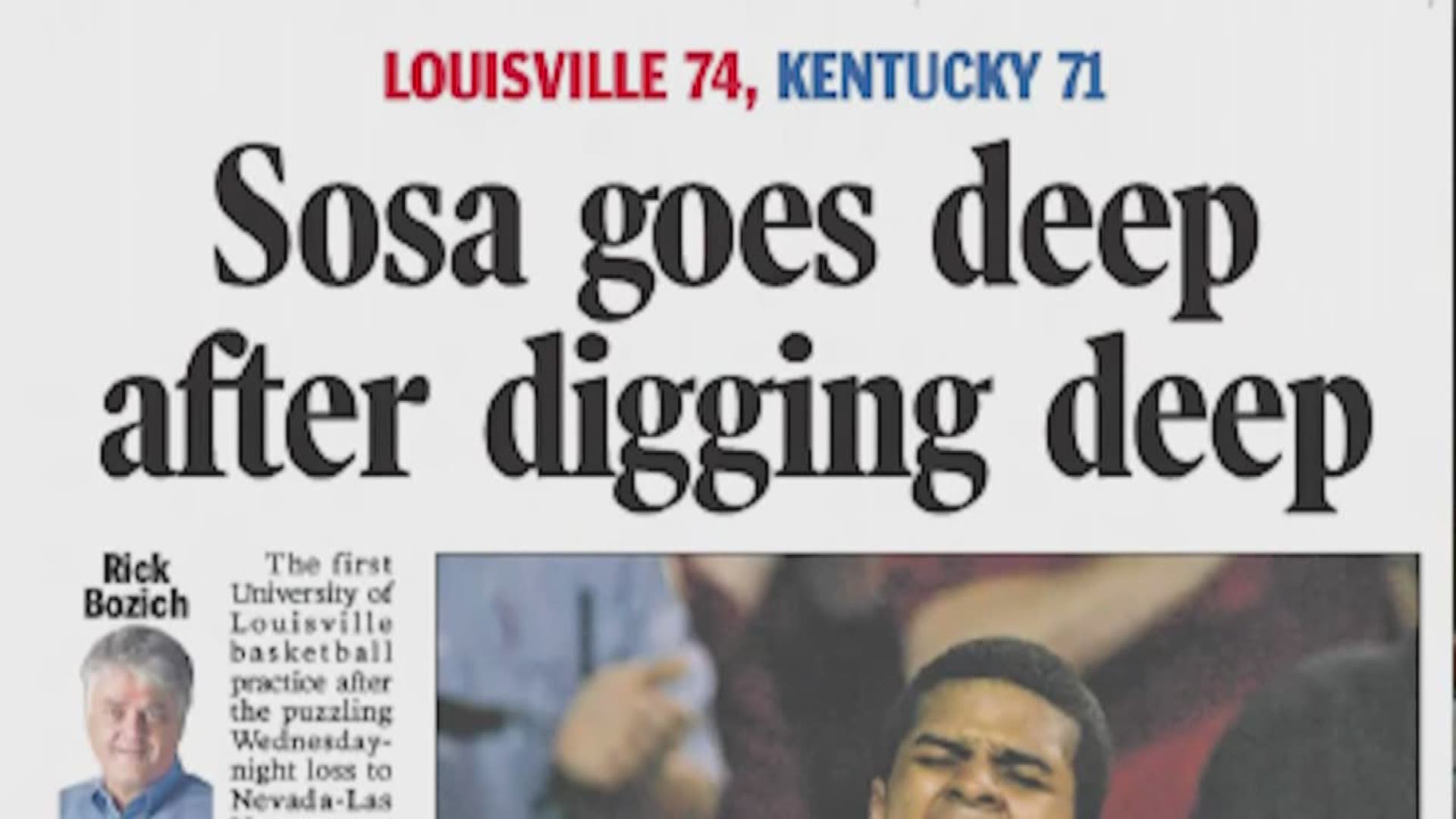 Assured of least a No. 2 seed entering the regular-season finale, the Cavaliers (17-6, 13-4) received a huge opening for bigger things when first-place and No. 11 Florida State lost 83-73 earlier in the day at Notre Dame.

Virginia then methodically took care of the Cardinals (13-6, 8-5) to leapfrog the Seminoles despite a blowout loss at FSU in the season’s lone meeting on Feb. 15.

The Cavaliers shot consistently well (52%) to lead throughout, though Louisville got within 41-38 with 13:47 remaining with a 6-0 run. Hauser answered with five consecutive points, and Virginia later added another 5-0 run on the way to a 13-point advantage the Cardinals couldn’t dent.

Hauser finished 9 of 14 from the field, making his first four in the second half, and grabbed eight rebounds. Murphy shot 7 of 12 and Jay Huff added 10 points.

Virginia: As usual, the Cavaliers were efficient on both ends in earning their fifth win in seven meetings on the Cardinals' home floor. They slowed the pace initially and worked the ball around for good offensive looks before picking up the tempo in the second half. Other than one second-half segment that allowed Louisville to get close, Virginia's defense often forced the Cards into shots they didn't want that missed.

Louisville: Leading scorer Carlik Jones shot a season-worst 2 of 15 for just six points, a void the Cardinals couldn't offset despite a lift from Johnson and Withers. Defensively, they got caught in a lot of mismatches or switches that often left Virginia shooters open or with big size advantages.