The NCAA is warning that fans who don't follow the rules can be ejected. 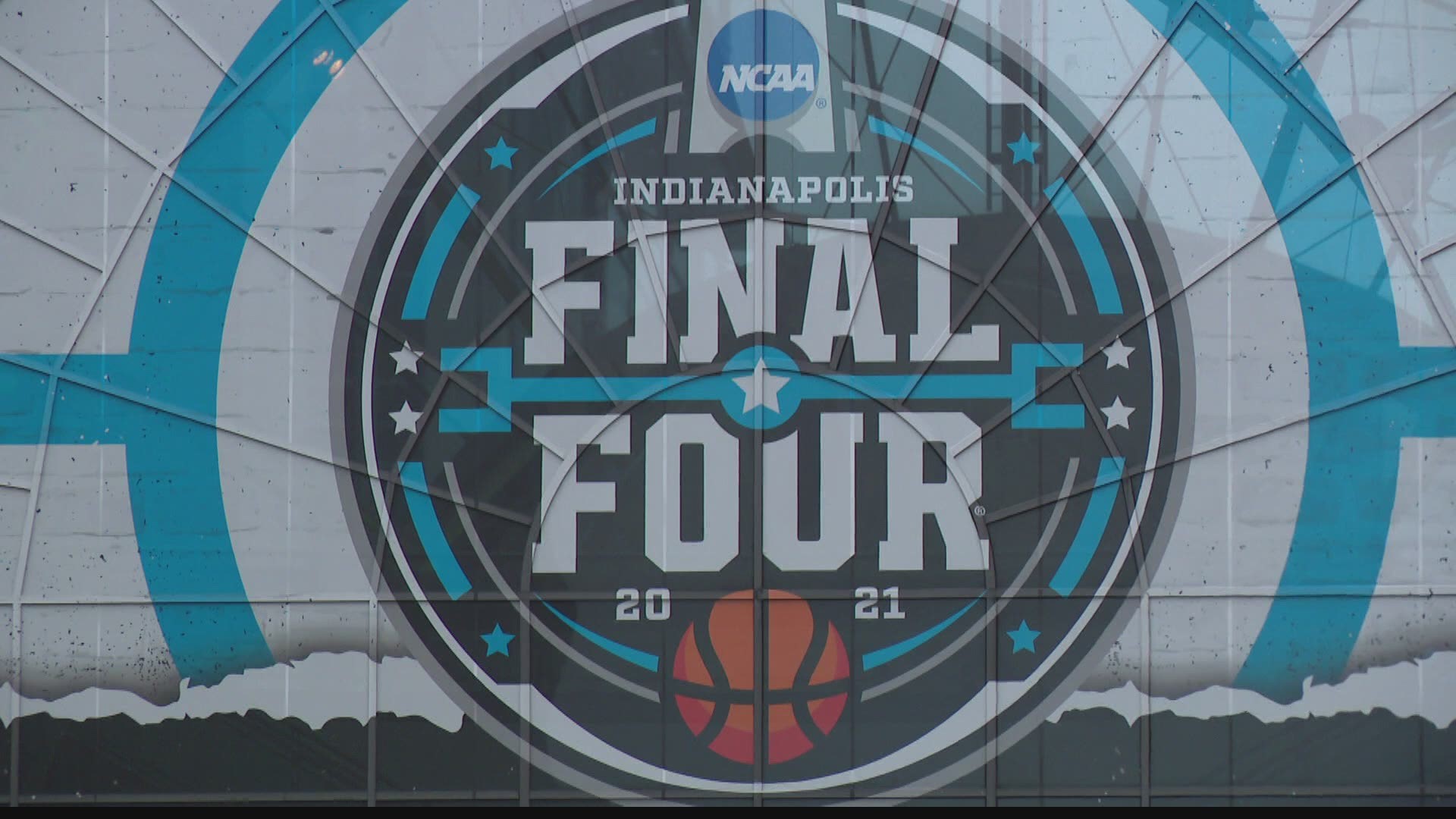 INDIANAPOLIS — The big dance is underway.

The road to the Final Four started Thursday with games played at Purdue and Indiana University.

The madness of March seems tame compared to the misery of the last year.

Joshua Dahm brought his family to Indianapolis from Illinois.

"I think with all the craziness of the last year and how it has affected everyone, it is more important," he said. "Any joy and happiness we can have is a good thing."

It's a good thing for fans and businesses. Hooters is bringing in additional managers and servers to handle crowds of fans. The District Tap has already seen a bump in business. Owner Michael Cranfill expects business will double or triple every week of the tournament.

"It is amazing, and everyone downtown has needed it for a very long time," he said.

This March Madness is very different than any other. The game is the same but the rules have changed for players as well as fans when they head into the stadiums.

There will be no massive crowds of mayhem. Each venue is limited to just 25 percent of its capacity and all have similar extra precautions to keep everyone safe.

Lucas Oil Stadium, for instance, is set up for a total of about 15,000 fans divided between two basketball courts. Fans will be screened on their way in. Tickets are on mobile devices and will be electronically scanned. There will be no touching and no paper.

Anything fans bring in must fit inside a clear plastic bag no bigger than 12" by 12" by 6" inches. That could rule out flags, banners and noisemakers.

Fans will sit in groups of up to six people spaced at least six feet apart. Masks are mandatory except when eating or drinking. Concessions will be open, but purchases must be made with credit cards or smartphones. Cash will not accepted.

The NCAA is warning that fans who don't follow the rules can be ejected.

None of that seemed to bother Drake fans Melanie and Deneen Dygert. They cheered as the team's buses drove by.

"We are going to beat Wichita State and go to the Big Dance," Deneen shouted. "In Indianapolis!"